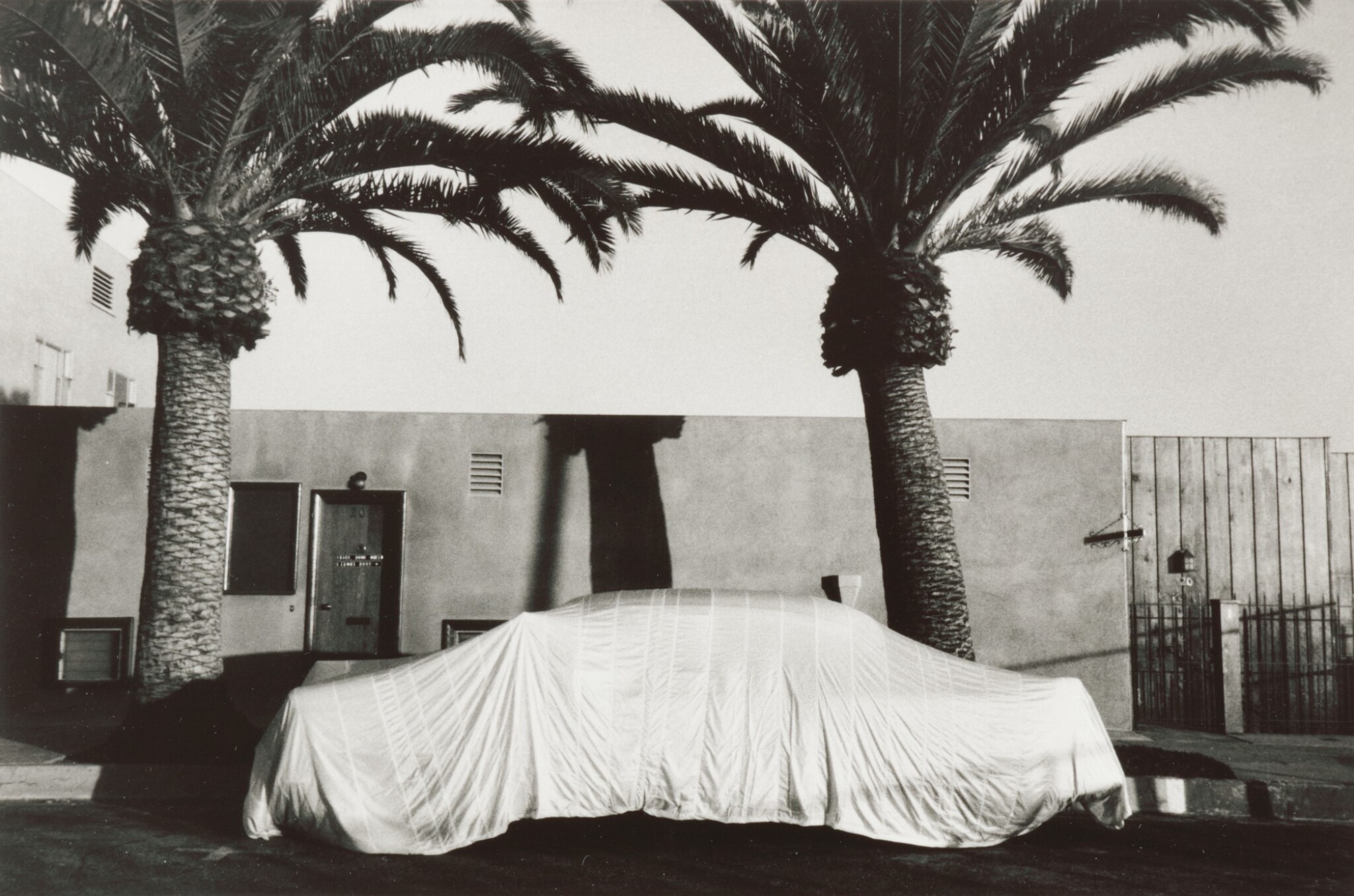 Please note the colors in the online catalogue illustration may vary depending on screen settings. This photograph, on double-weight paper with a surface sheen, is in generally excellent condition. There is a long vertical crease 2-1/2 inches from the right edge that may break the emulsion in a few tiny areas. On the reverse, there is a stain at the lower center edge. '2 895' is stamped and '040.852.3.15' and '17' are written in pencil in an unidentified hand. When examined under ultraviolet light, this print does not appear to fluoresce.

The photographer to a friend at The School of Design at the University of Illinois at Chicago, 1960s

The physical qualities of the photograph offered here – its size and the stamped number on the reverse – match the work prints Robert Frank made from his Guggenheim project negatives (1955-57) now in the collection of the National Gallery of Art, Washington. Proof prints were made for grouping, sequencing, and layout purposes ahead of the 1958-59 publication of his landmark book The Americans. As noted by Sarah Greenough in Looking In: Robert Frank's 'The Americans,' Frank made several rounds of prints over the summer and fall of 1956 as he sorted images from more than 767 rolls of film he had shot for the project. Some of the images were annotated with possible sequence numbers while others referenced film roll numbers.

While many prints used for layout purposes of The Americans exhibit evidence of heavy handling including tears, tack holes, and cropping notations, this print is in very excellent condition and exhibits a high level of detail throughout, from the satiny cloth car covering to the texture of the palm fronds.

"I have always thought that Robert Frank’s work represented a seminal change in modern photography and the most important photographer of the second half of the 20th-century. It is one of my favorites from the many Frank’s that we have had ourselves or bought for clients. The fact that it is one of his extremely rare working prints for “The Americans” just makes it that much more significant. Whether 20th or 19th-century, we search out rare and one-of-a-kind photographs." - Alex Novak