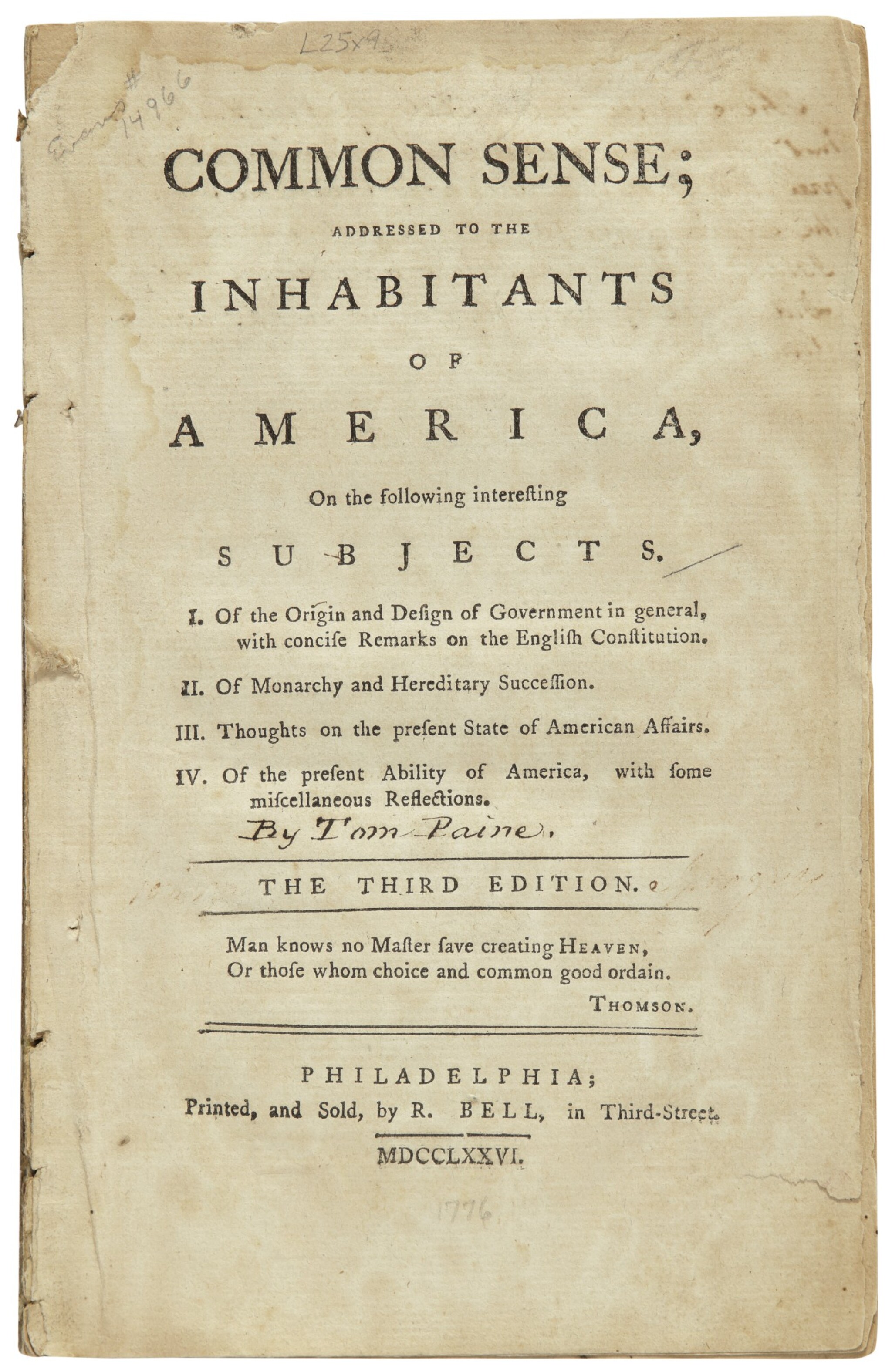 Paine arrived in America on 30 November 1774; in the early part of 1775 he became editor of the monthly Pennsylvania Magazine—and increasingly interested in the cause of American independence. At the suggestion of Benjamin Franklin (whom he had met in London and who had supplied him with letters of introduction) and Benjamin Rush, Paine agreed to write an essay in support of the idea. Originally planned as a series of letters to be submitted to newspapers, Paine instead decided on publishing it as a pamphlet. His publisher, Robert Bell, shrewdly timed an advertisement of its publication to appear on 9 January 1776 in the Pennsylvania Evening Post along with the text of the King's speech condemning the rebellion.

The pamphlet was issued on 10 January 1776 as an anonymous two-shilling pamphlet in an edition of 1,000 copies. Common Sense urged an immediate declaration of independence and led to Paine's clandestine employment as official propagandist of the insurgent colonial government. Paine's stirring renunciation of the sovereignty of George III, whom he termed a hardened, sullen-faced Pharaoh, found a remarkable reception among his new countrymen. The impact of the tract on the course of American independence can scarcely be exaggerated, with the Declaration of Independence "due more to Paine’s Common Sense than to any other single piece of writing" (Streeter).

This copy of Common Sense contains all of Gimbel's points of the first printing, save the two-leaf gathering [A]2 (title and preface). Bound at the end is Paine’s Additions to Common Sense, which Bell pirated from a competitor and offered separately for one shilling to buyers of Common Sense.

The most recent census of Common Sense locates seventeen complete first editions. Only two of these remain in private hands.