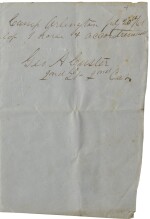 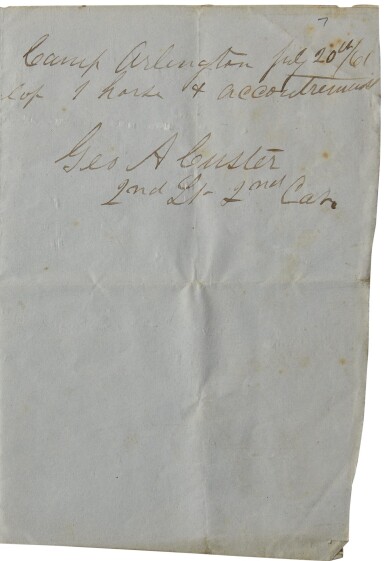 Written shortly after Custer's graduation from West Point on 24 June 1861, he was ordered to Washington to join the Second Cavalry. After reporting to the War Department, he was ordered to the front at Manassas, Virginia. The horse noted here belonged to Sgt. Dunlop, someone Custer knew, and was requisitioned as his transport to Virginia. Horse and rider arrive at the encampment at around 2 A.M., just in time for the first Battle of Manassas.