Fine Books and Manuscripts including Property from the Eric C. Caren Collection 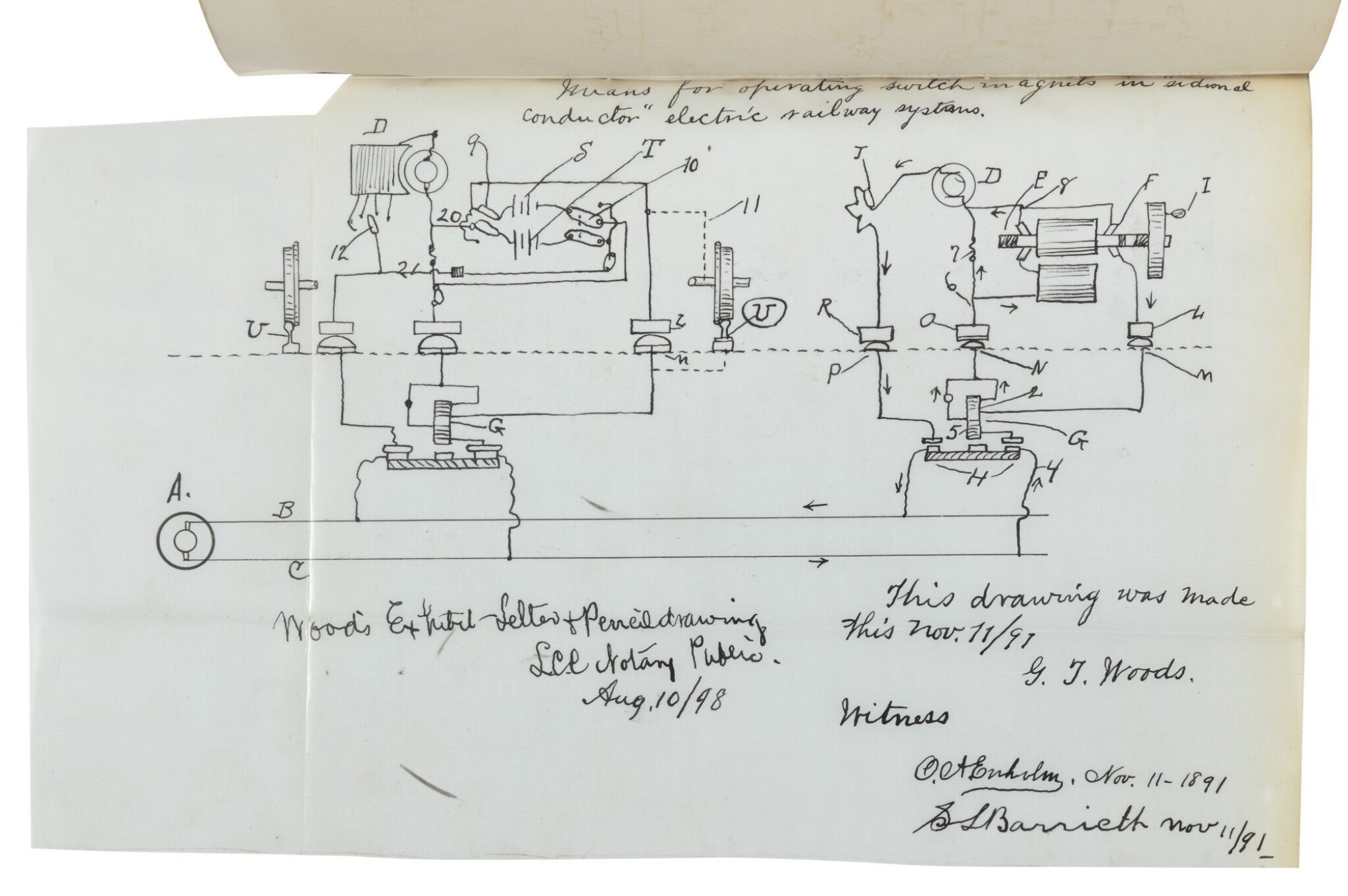 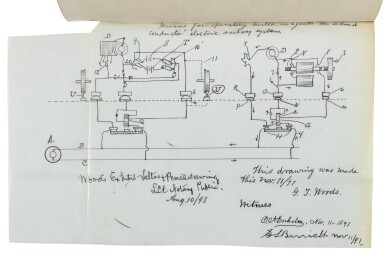 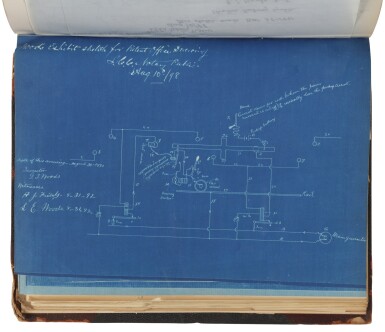 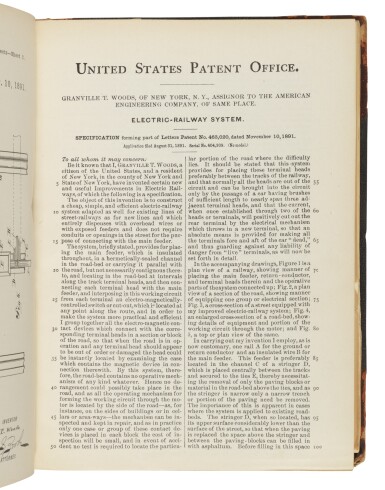 Together approximately 150 pages (10 1/4 x 7 7/8 in.; 260 x 200 mm). Printed and typed documents, blueprints and diagrams; condition varies. Half morocco gilt, front cover detached, worn, spine chipped. The consignor has independently obtained a letter of authenticity from PSA that will accompany the lot.

The trials and tribulations of Granville T. Woods, known as the Black Edison. Woods (1856–1910) was the first African-American to become a mechanical and electrical engineer after the Civil War. As an inventor, he held more than sixty patents. He was sued several times by other inventors seeking to have ownership of his patents transferred to themselves. The most notable of these was, ironically, Thomas Edison, who sued Woods twice with no success.

The documents in the present compilation concern Woods's patent for an electrical railway system with conductors underground and the resulting lawsuit brought against him. He also held patents for an automatic brake, an egg incubator, and for improvements to other technologies such as the safety circuit, telegraph, telephone, and phonograph.