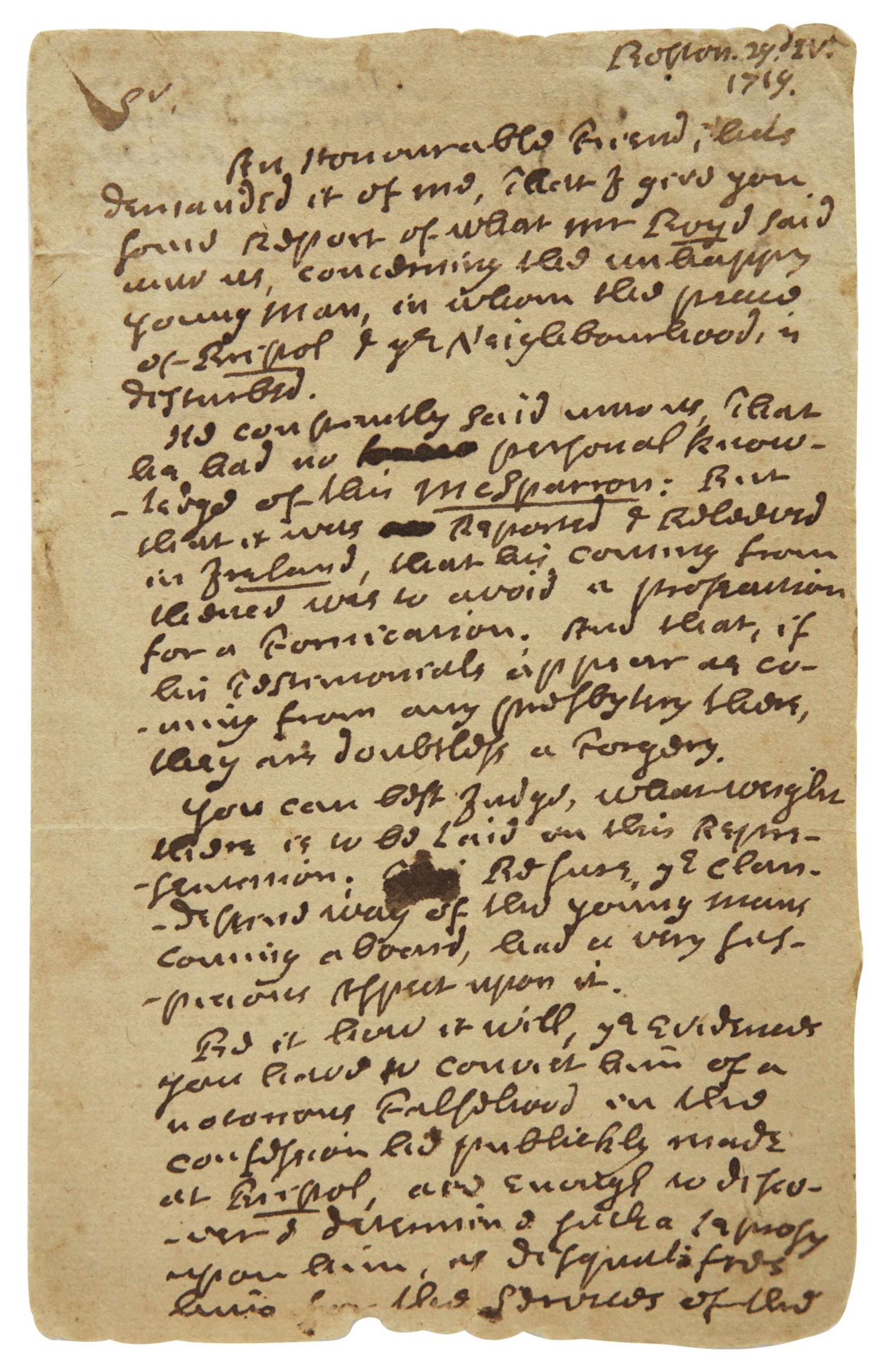 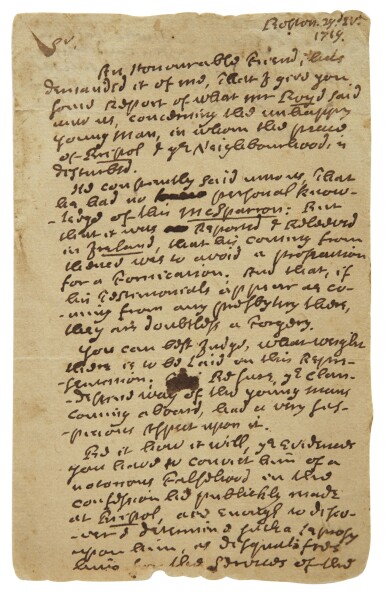 1 1/2 pages, 12mo (6 x 3 7/8 in.; 152 x 97 mm) on a bifolium, second leaf addressed in Mather's hand, remnants of wax seal; leaves separated, minor spotting and soiling, some chips to edges affecting two words. The consignor has independently obtained a letter of authenticity from PSA that will accompany the lot.

Maneuvering to control the pulpits of New England.

In the present letter, Cotton Mather⁠—the Puritan minister perhaps best remembered for his involvement in the Salem witch trials—seeks to put his fellow minister, Samuel Danforth, on his guard, and to attempt to prevent the installation of Reverend James McSparran in the community of Bristol, Massachusetts (later Rhode Island).

"An Honorable friend has demanded it of me, that I give you some report of what Mr. Boyd said unto us, concerning the unhappy young man in whom the peace of Bristol & ye Neighbourhood, is disturbed..."

"He constantly said unto us, that he had no personal knowledge of this McSparron [sic]; But that it was Reported and Believed in Ireland that his coming...was to avoid a propension for a Fornication..."

The Bristol congregation ultimately found McSparran innocent of these alleged crimes or tendencies. Still, however, McSparran returned to Ireland to ensure his credentials were in order, and while there, converted to Anglicanism. When he returned to American, it was to head the Episcopal church of Narragannsett.