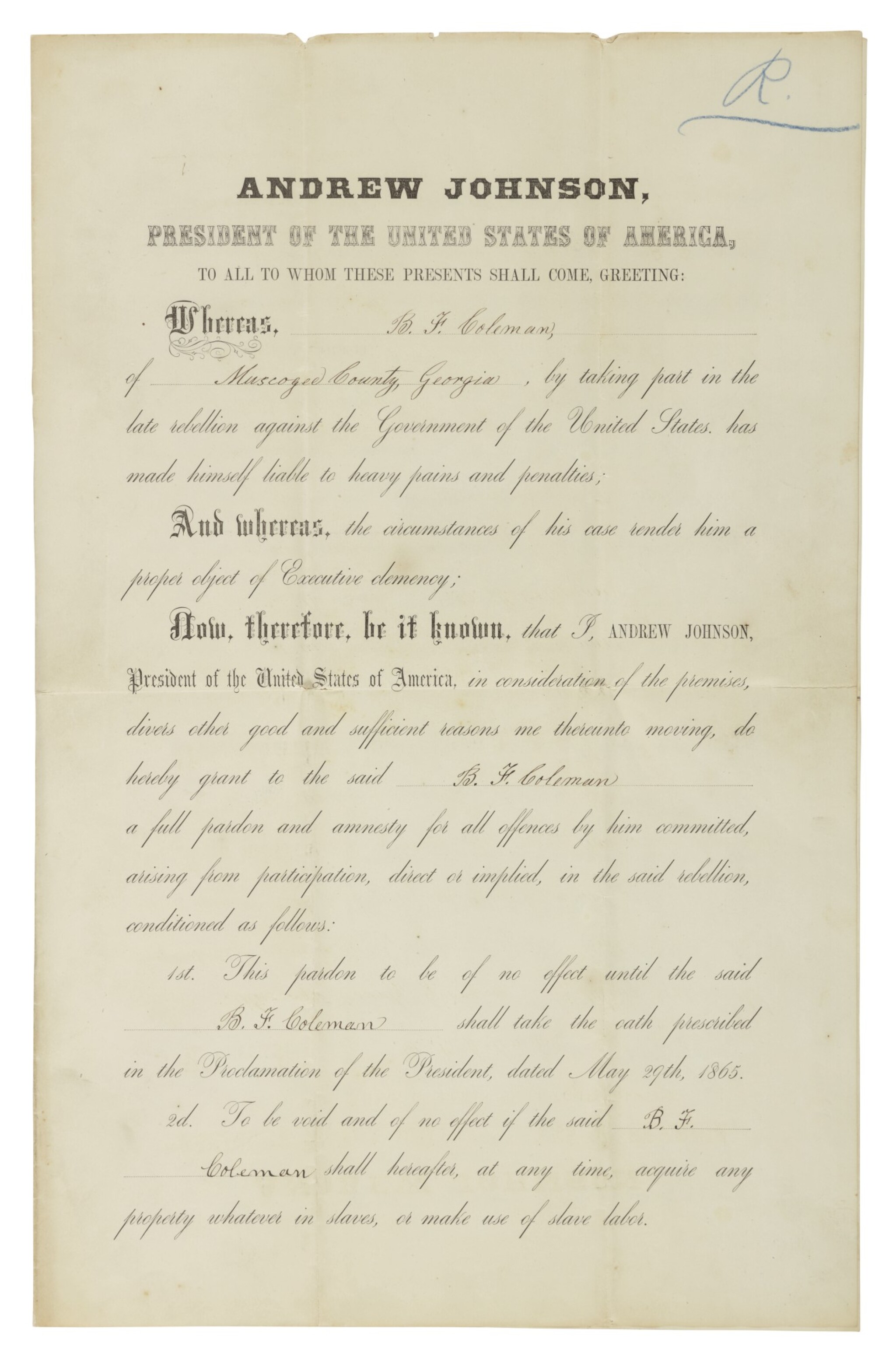 A full presidential pardon, with an extensive note penned by its recipient

Abraham Lincoln and Andrew Johnson frequently extended pardons to former-Confederate soldiers who had served in the military, and also to civilians who had exercised political power under the Confederate government.

What is most remarkable about the present pardon, is the note written by its recipient, which is present on the verso: "This packet of papers My Son Thomas will keep, to hand down in the Family, as proof of my loyalty to the Government of the United States, which Government my Ancestors, who came to this Country during the rein [sic] of Queen Ann, helped to establish, and fought to defend during the events of the Revolution and of 1812[.]" Coleman had applied to be pardoned, and in these lines penned from Columbus, Georgia, nearly twenty years after the document was issued, he is still making his commitment⁠ to the United States Government known.