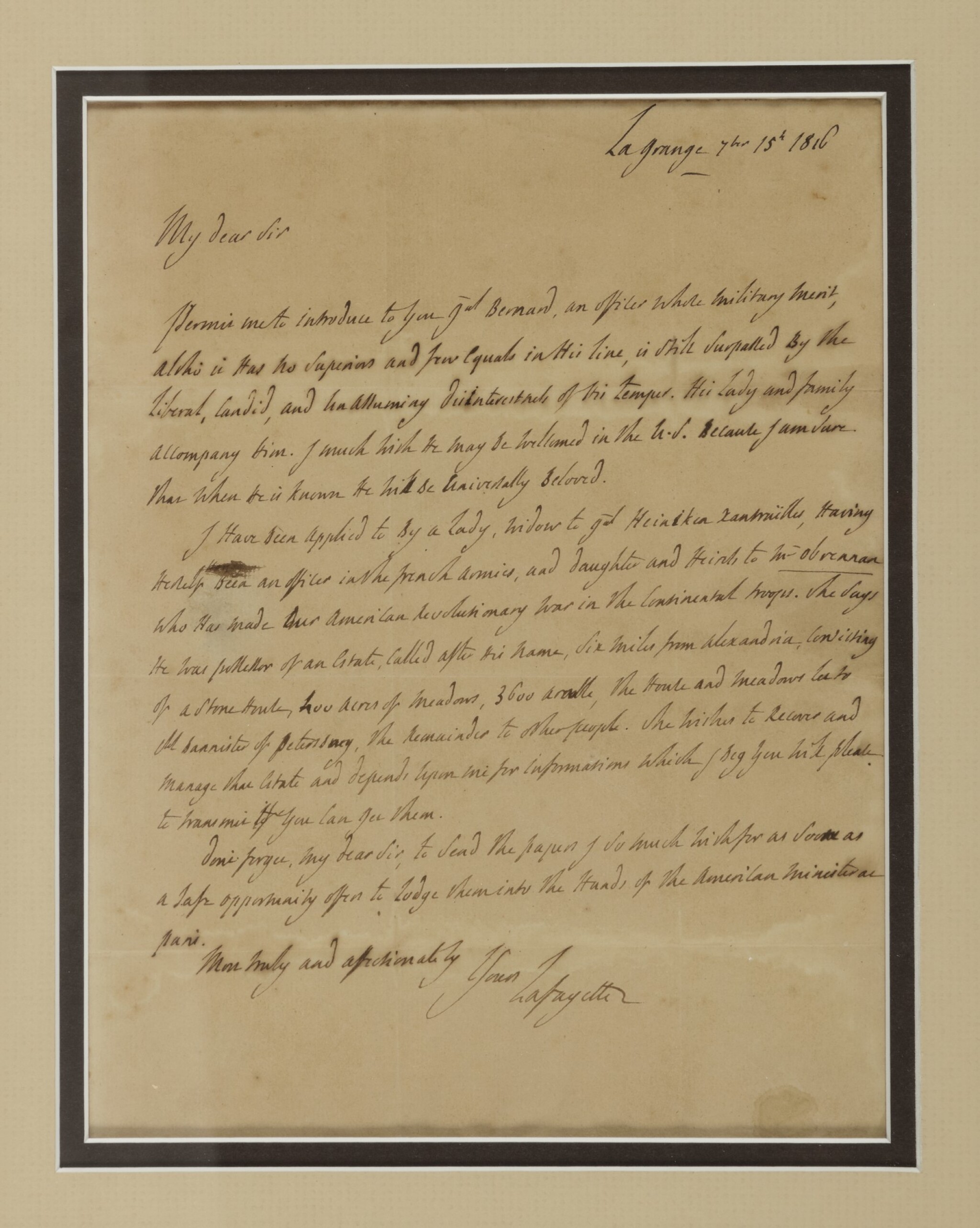 The great defender of American independence furnishes an introduction for a French comrade to the nephew of George Washington: "Col. Bernard, an officer whose military merit, altho it has no superiors and few equals in his line is still surpassed by the Liberal, Candid, and Unassuming disinterestedness of his temper. His lady and family accompany him. I much wish he may be welcomed in the U. S. because I am sure that where he is known he will be universally beloved.