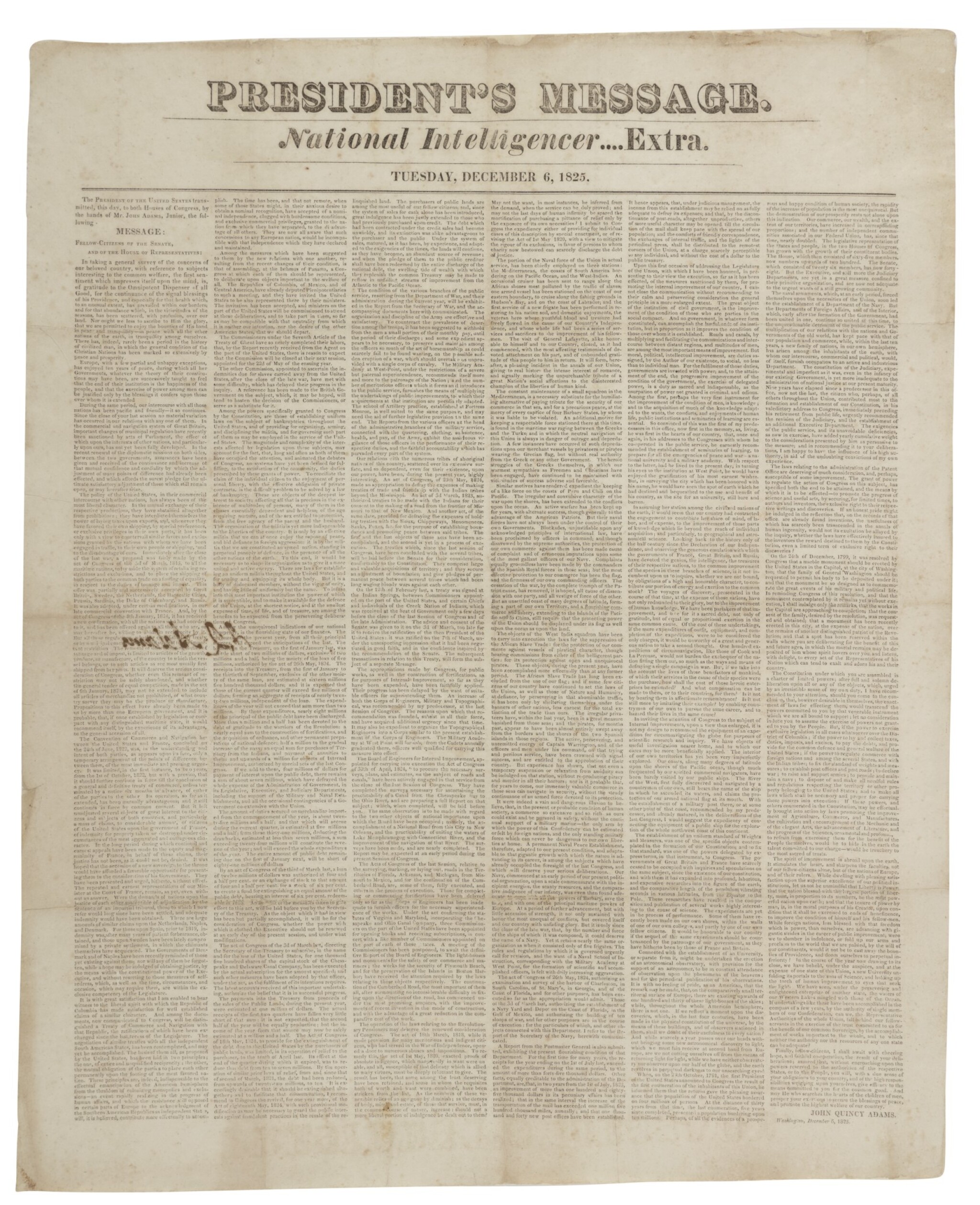 A signed copy of President John Quincy Adams's second Annual Message, or State of the Union Address; we are unaware of an earlier signed printing of a State of the Union. In a typically dense and detailed annual message—Adams touches on foreign affairs, commerce, national finances, the military, infrastructure, and Indian treaties—reveals in passing his antipathy towards slavery. After his term in the White House, Adams returned to the House of Representatives, where he conducted a solitary battle for the right of slaves and abolitionist organizations to present petitions to Congress. And in 1841, he successfully argued in the Supreme Court for the release of Sierra Leone prisoners taken into custody following the slave revolt on board the schooner Amistad.

But Adams's abhorrence of slavery existed when he was president as well. A little more than halfway through this message he remarks, with satisfaction, on the growing eradication of the slave trade. "The objects of the West India Squadron have been to carry into execution the laws for the suppression of the African slave trade; for the protection of our commerce against vessels of piratical character, though bearing commissions from either of the belligerent parties; for its protection against open and unequivocal pirates. These objects during the present year have been accomplished more effectually than at any former period. The African slave trade has long been excluded from the use of our flag, and if some few citizens of our country have continued to set the laws of the Union as well as those of nature and humanity at defiance by persevering in that abominable traffic, it has been only by sheltering themselves under the banners of other nations less earnest for the total extinction of the trade of ours."