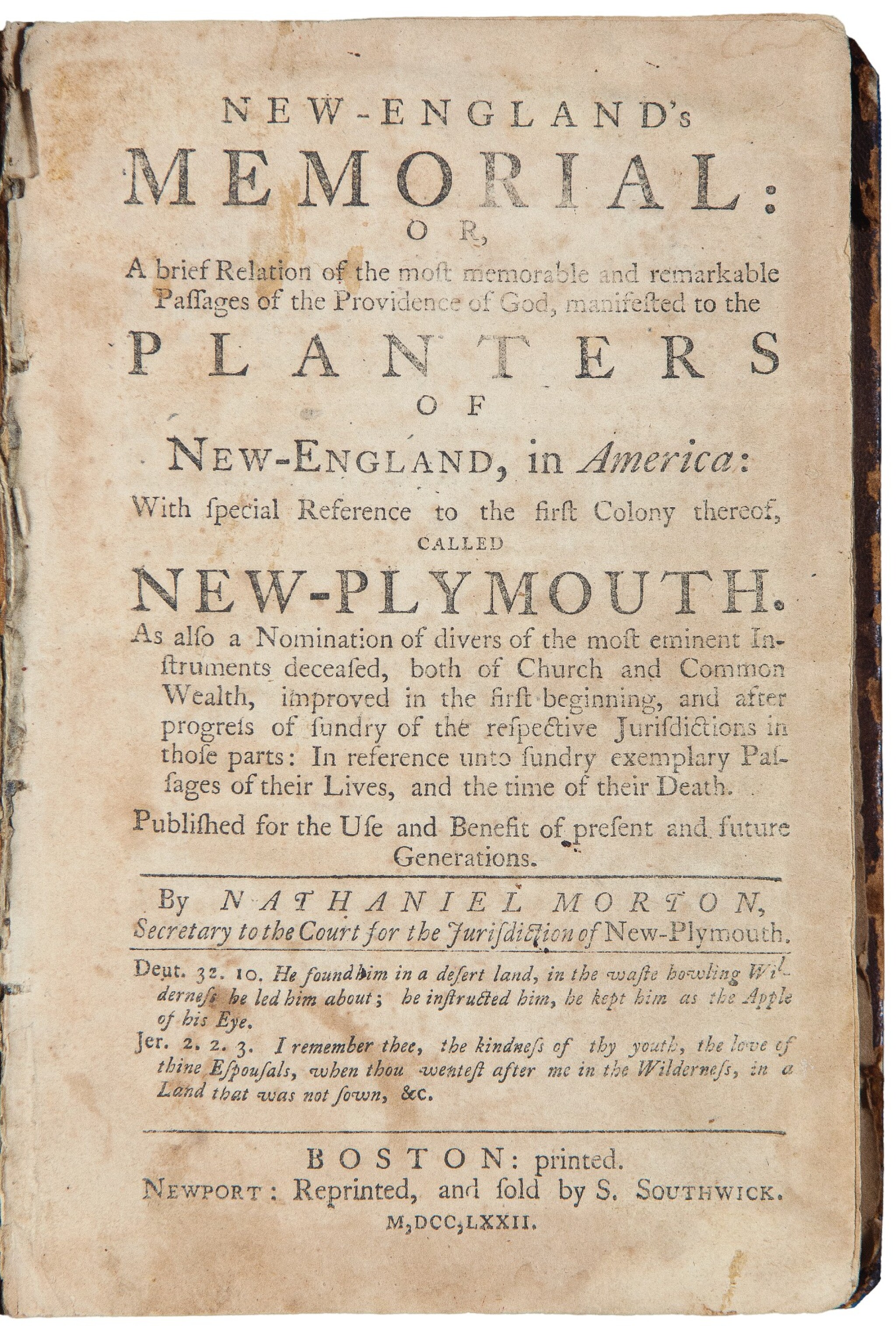 New England's Memorial: Or, a brief Relation of the most Memorable and Remarkable Passages of the Providence, of God, manifested to the Planters of New-England in America. Newport: S. Southwick, 1772

﻿First issued in a very rare 1669 Boston edition, this third American edition was the first to be printed in Rhode Island. "Nathaniel Morton, a nephew of Governor Bradford, was secretary to the General Court of Massachusetts from 1645, thus having favorable opportunities of gathering information. The work is arranged in chronological order, and is filled with particulars of the greatest interest. The voyage of the Mayflower is given in detail, as is also the story of the landing and first settlement of the Pilgrims. The text is interspersed with several elegiac poems, epitaphs, and acrostics" (Church).