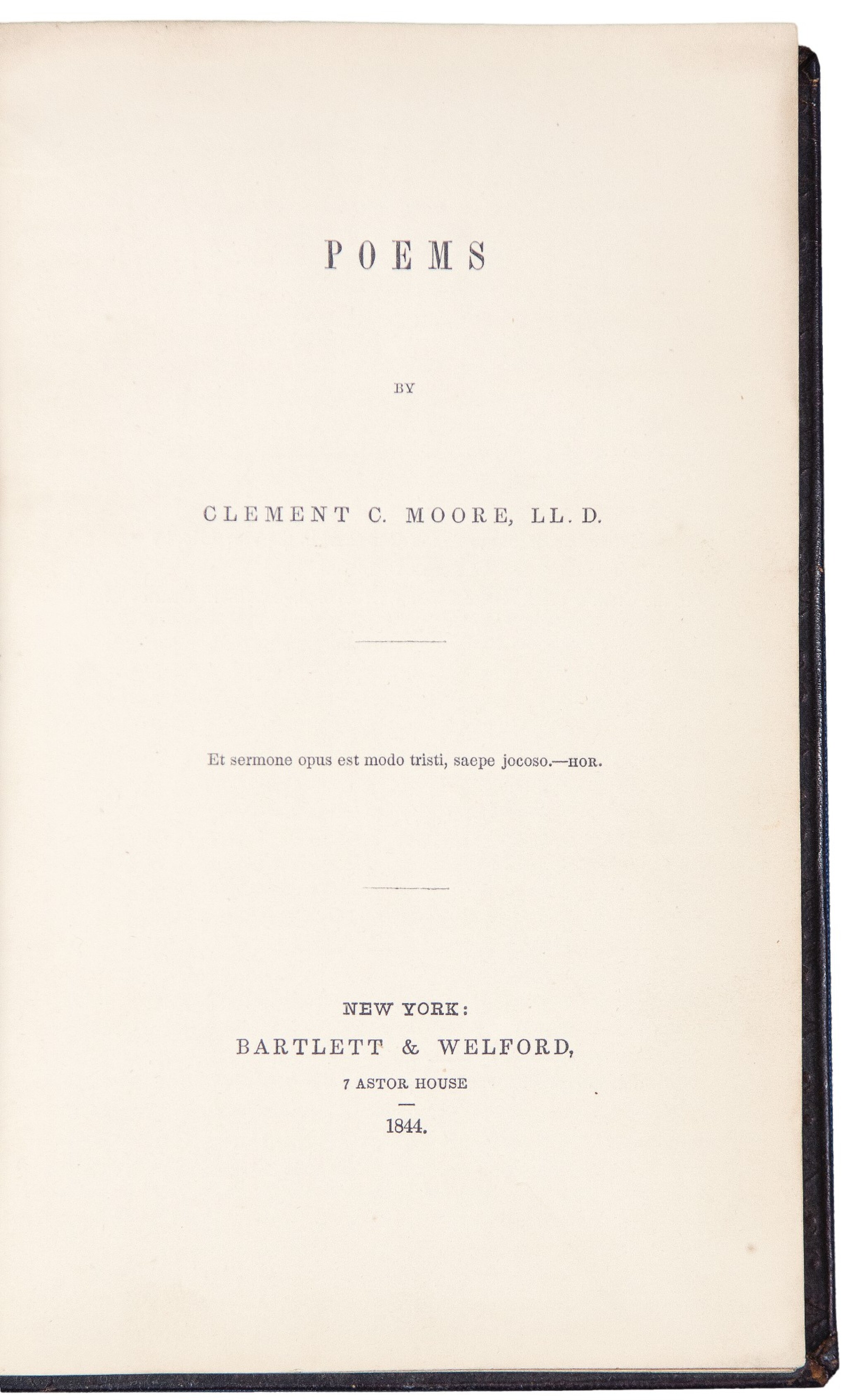 First edition, with an early printing of Moore's famous poem commonly referred to as "'Twas the Night Before Christmas"

The poem "A Visit from St, Nicholas" appears on pages 124-27 for the first time in the context of a collection of the author's own work. The present edition was collected and published at the request of the Moore's children. The famous poem, known better today as "'Twas the Night Before Christmas," was first published in the newspaper The Troy Sentinel in 1823, and was reprinted for the first time in book form in an anthology with works by other writers in 1837. "Moore, a professor of Hebrew, wrote this poem in 1822 as a Christmas gift for his children. A houseguest copied it in the fall of 1823, and later sent her copy to the editor of the Troy Sentinel, where it was published first, anonymously, December 23, 1823. It first appeared between covers in the New Brunswick Almanack for...1825...It was quickly picked up by Readers and Anthologies..." (Grolier). The present Poems is the first appearance of "A Visit from St. Nicholas" in an anthology of Moore's own verse, and considered the definitive edition.

A lovely example in a deluxe contemporary binding

Eliza A. Nevin (name in gilt on the upper cover)