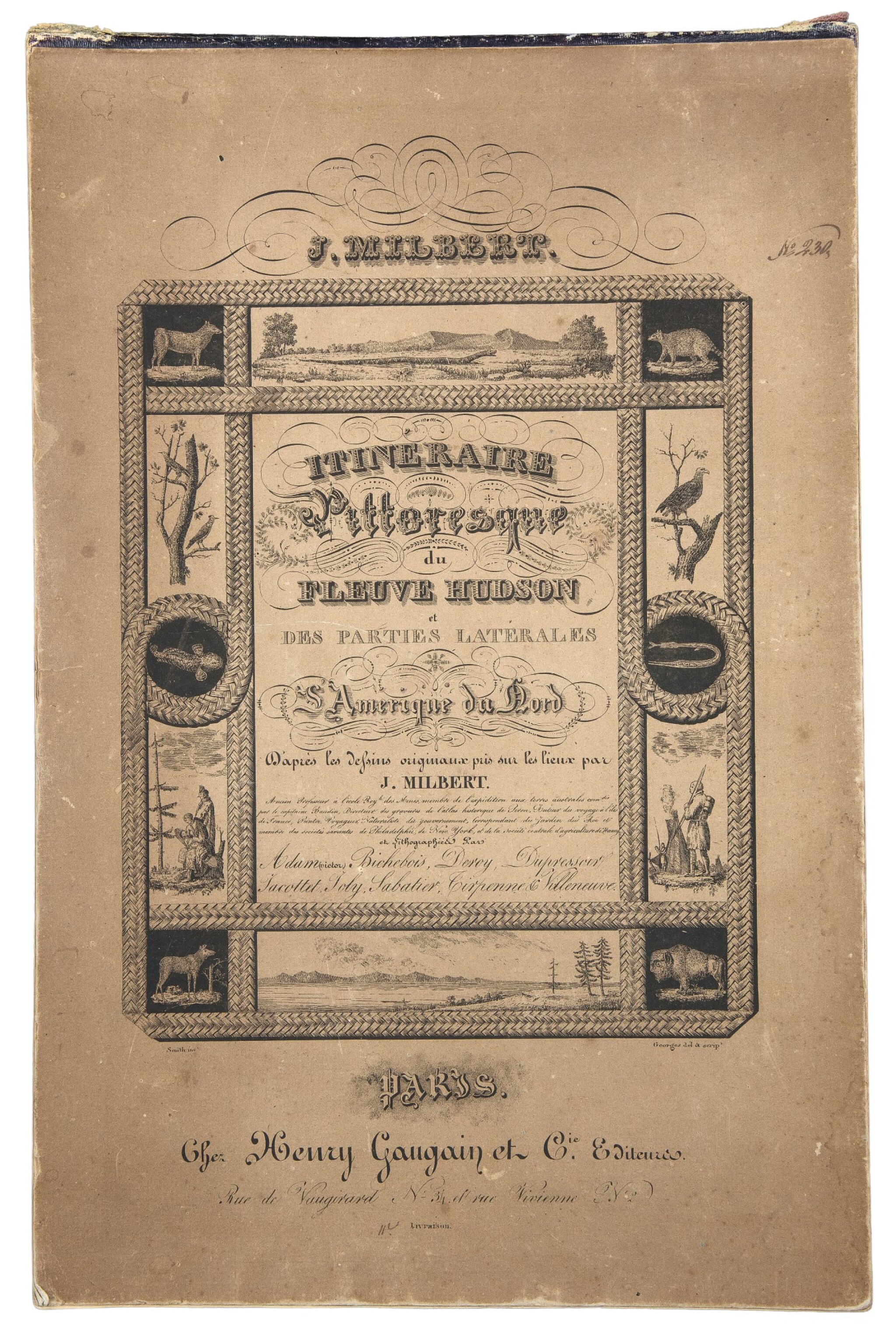 ﻿"Milbert sailed from Havre on the 1st of September, 1815, and arrived in New York on the 20th of the following October. He settled in New York, where his first work was the making of several drawings of the mechanism of steamboats. He soon, however, turned to portrait-painting, and taught drawing. Milbert was later attached to the commission in charge of the leveling preparatory to the establishment of the Champlain Canal. In this connection he made a journey in one of the large steamers plying upon the Hudson. It was on this voyage that he collected much of the material for his Itinéraire Pittoresque. A few years after his arrival in New York he was charged by M. Hyde de Neuville, the French Minister, with the preparation of certain collections of natural history specimens, destined for the King's Garden in Paris. In his report on this collection, which is printed in full in his Itinéraire Pittoresque, he styles himself 'Voyageur, Naturaliste du Gouvernement et Correspondant du Museum d'Histoire Naturelle au Jardin du Roi.' It was through Milbert's efforts that the first living specimen of the American buffalo was introduced into France. On pages 33-6 of the first volume of text is given a very interesting description of the architecture and interior arrangement of the private houses of New York at this period" (Stokes Iconography of New York)

Most of the plates depict scenes in New York State, including New York City, West Point, Albany, Troy, Saratoga Springs and Niagara Falls. This set includes the rare 54th plate that is often lacking, as well as the fine colored folding map of the northeastern United States. The area covered goes west to Ohio and the Great Lakes, and south to Virginia, with a significant portion of Canada, also included is an inset of the Hudson River region. Fine views are included as well of Massachusetts, Rhode Island, New Jersey, Pennsylvania, Maryland and Virginia. "As an artist, Milbert loved to paint American landscapes, particularly those which showed the Hudson, 'King of Rivers,' flowing majestically through the mountains...boundless curiosity, plus a contagious enthusiasm and a delightful sense of humor, make the journal as lively a document today as when it was penned a hundred and forty years ago. The pictures of what he saw, as of the time he drew them, constitute a unique and valuable record" (Sherman).