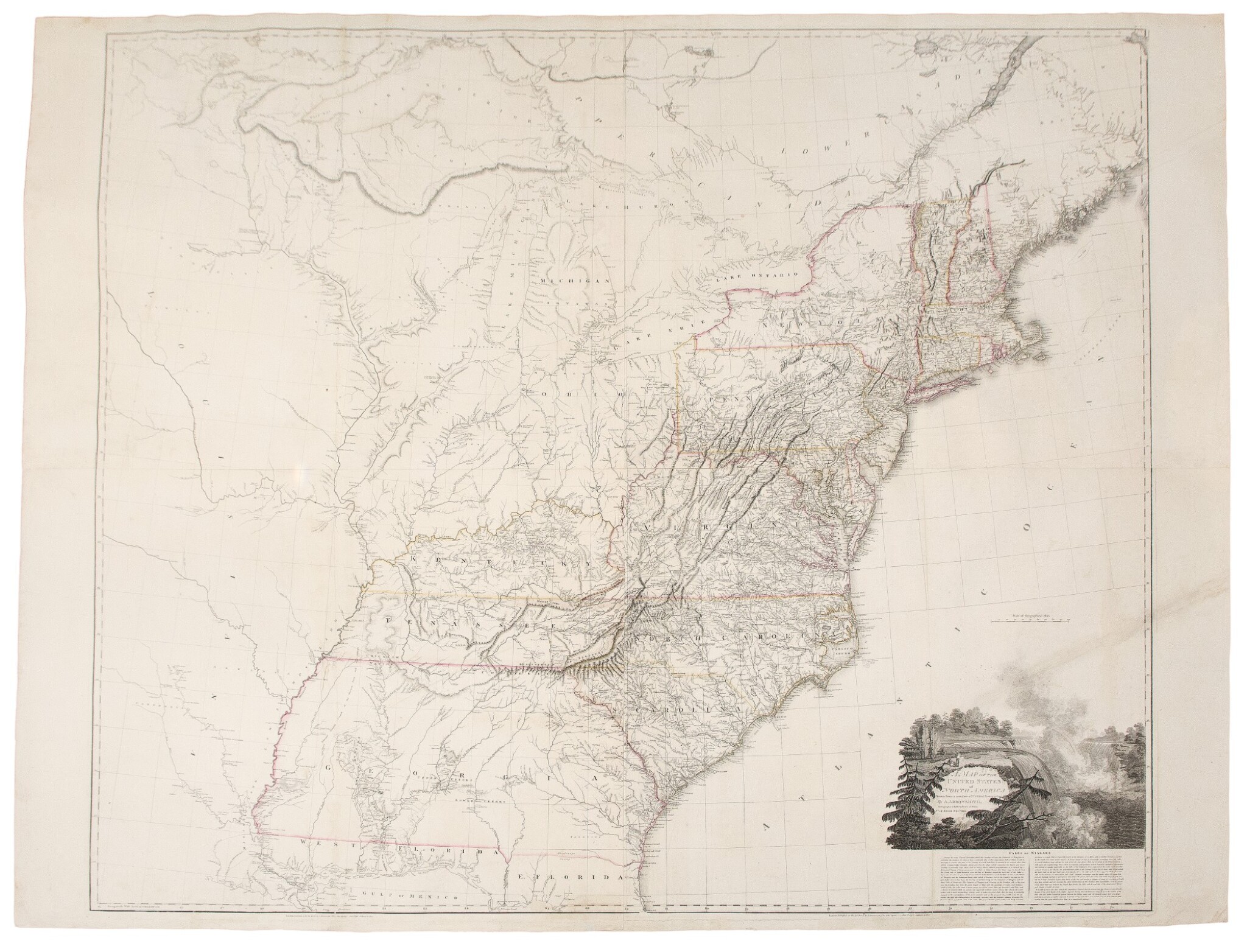 A Map of the United States of North America Drawn from a number of Critical Researches... London: 1802 [but, 1808]

﻿First published in 1796, the map was updated in 1802. Three issues of the 1802 are noted, this being the third, with Arrowsmith's address given as "10 Soho Square." Of this issue, Stevens and Tree note: "Many new place names and rivers added."

Aaron Arrowsmith was the founder of one of the leading London map publishing houses in the early part of the nineteenth century. "Aaron Arrowsmith, Hydrographer to the King of England and Geographer to the Prince of Wales, was the most influential and respected map publishers of the first quarter of the nineteenth century... His role in cartographic production was to gather the best information available from a wide variety of sources, weigh the relative merits of conflicting data, and compile from this the most accurate depiction possible of an area" (Martin & Martin 113). Starting in 1796, Arrowsmith steadily improved the present map, incorporating the latest town names and geographical discoveries as they were made available to him: the present issue, for instance, includes "many new place-names and rivers", and by the time that the final issue appeared (in 1819 or later) whole new Territories and States had been added. The sequence forming not only a demonstration of Arrowsmith's working methods, but also a sort of time-lapse snap-shot of the development of the young nation.