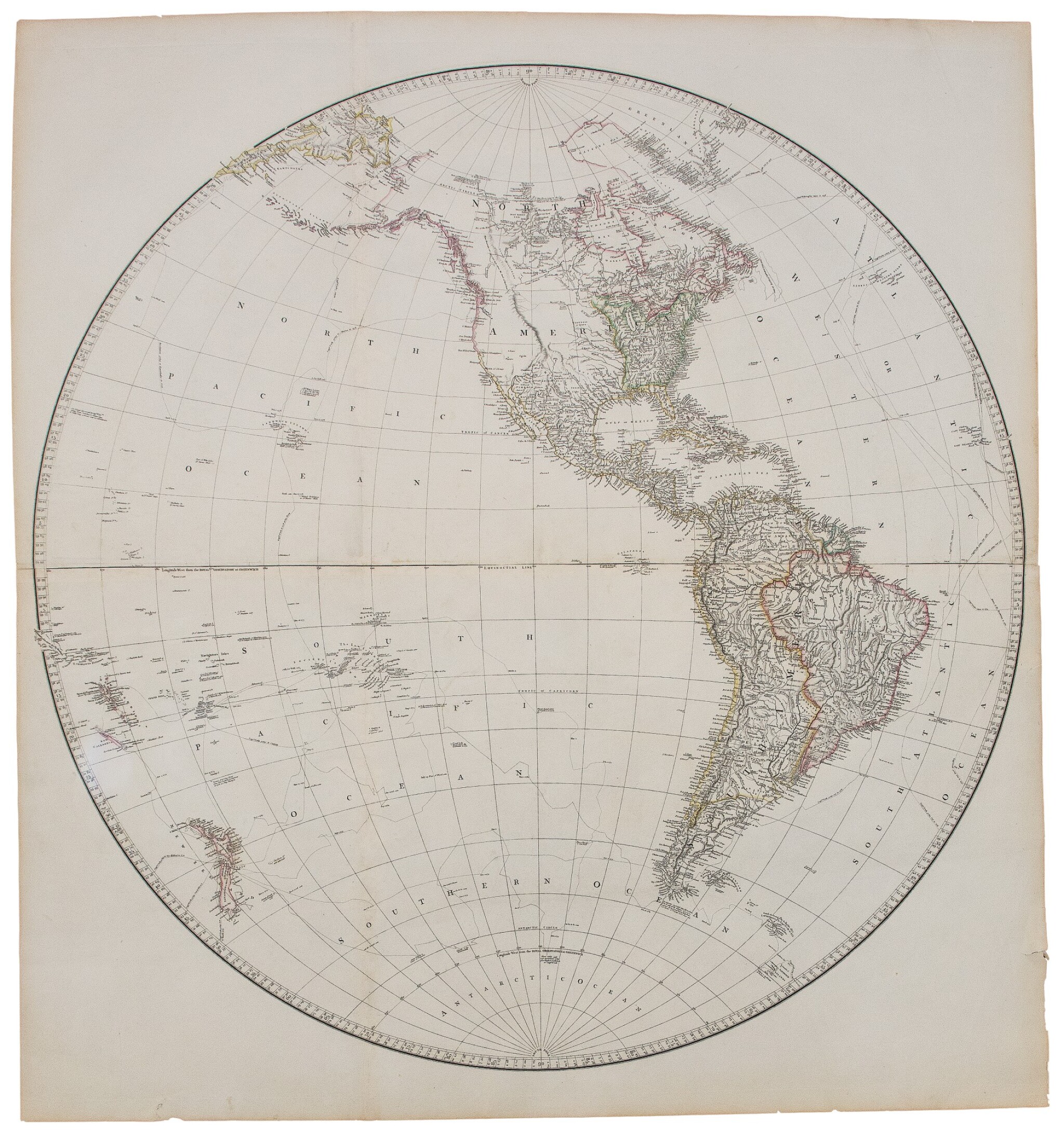 [Map of the World on a Globular Projection, Exhibiting Particularly the Nautical Researches of Capn. James Cook, F.R.S. with all the Recent Discoveries to the Present Time...]. [London: Compiled and Published by Aaron Arrowsmith, 1799]

﻿This map was first issued in 1794 and was one of the maps which made Arrowsmith's reputation. The map shows both hemispheres on a large scale and with impressive detail. Notably, the chart shows the tracks of all three of Cook's voyages, as well as information gleaned from other world travellers (for example, discoveries by Mackenzie and Hearne in the Canadian Arctic).

The map was corrected and re-issued in 1799 (as here), 1808, and 1814. The present example is from the 1799 plates, but without the title and dedication which were printed on separate sheets and are sometimes are found trimmed and mounted onto the map when when joined as a single wall map. Stevens and Tree identify the above four issues based on the imprints; this copy without that information, but can be dated to the 1799 issue cartographically, i.e. with Bass Strait present and named between Australia and Tasmania, and with no indication of the Louisiana Purchase.

Aaron Arrowsmith was the founder of one of the leading London map publishing houses in the early part of the nineteenth century. He specialized in monumental multi-sheet maps. These were generally separately issued, and are now relatively scarce.