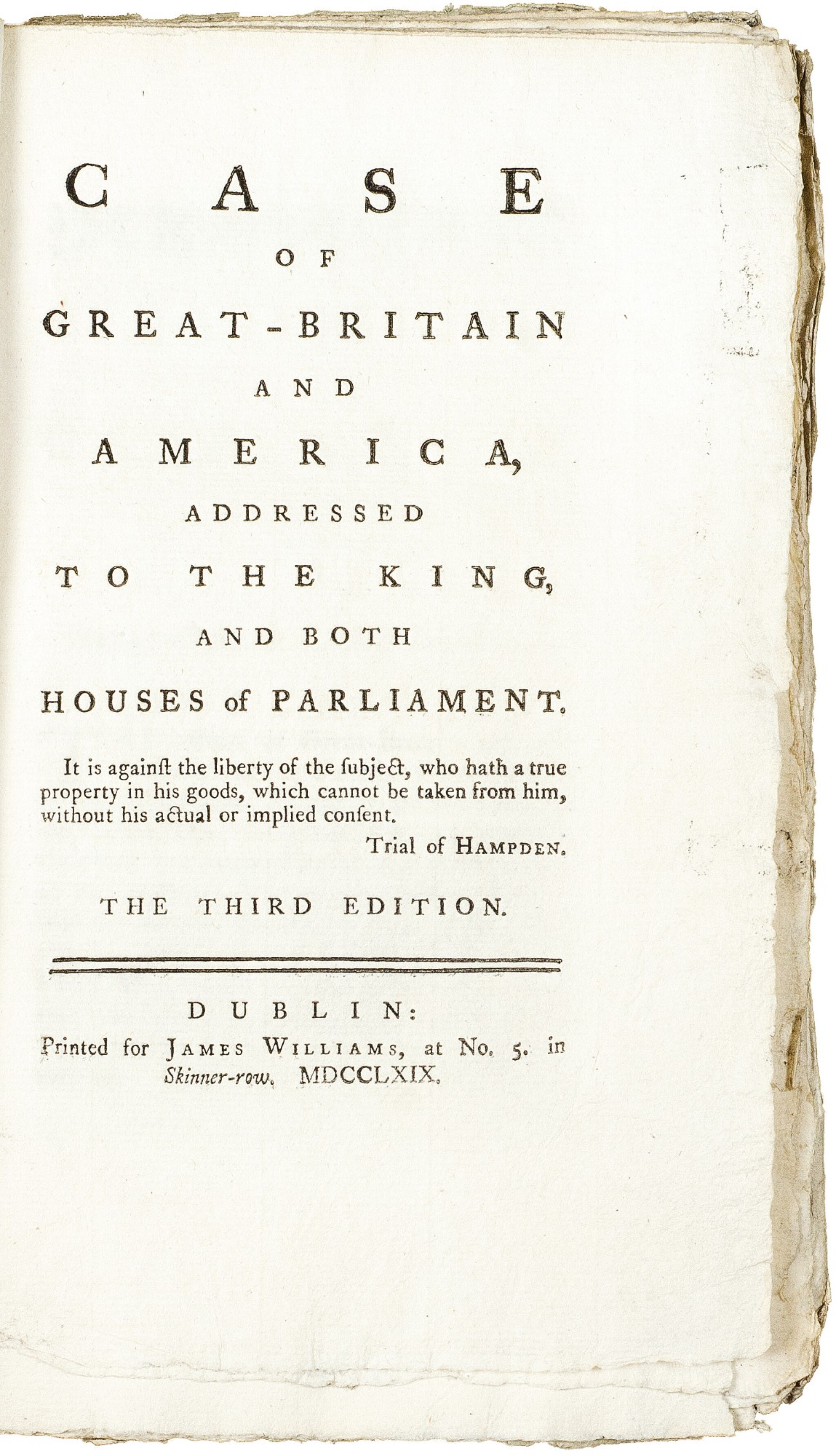 Case of Great-Britain and America, addressed to the King and both Houses of Parliament...Third Edition. Dublin: James Williams, 1769

﻿This tract, attributed to Bushe, an Irish MP, urges that England abandon the idea of colonial taxation and allow America greater self-government, arguing that this policy would benefit England more in the end. The work even goes so far as to make the recommendation that Britain "should leave the Americans to tax themselves and that a law should be passed immediately repealing every act that taxes the colonies."