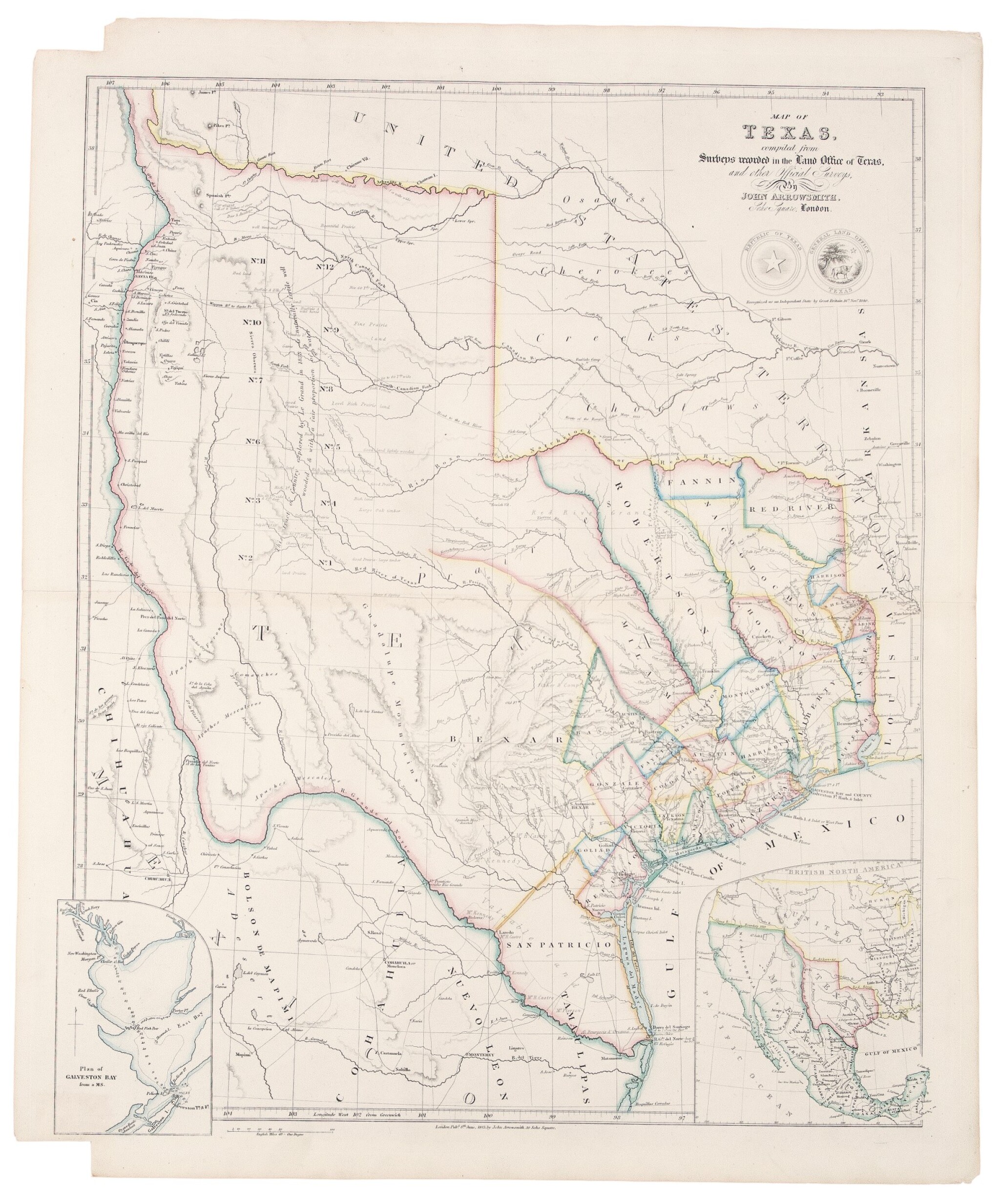 Map of Texas, compiled from Surveys recorded in the Land Office of Texas and other Official Surveys. London: Arrowsmith, June 8th 1843

﻿"Arrowsmith's map was the first to show the full extent of the Texas claim to the region of the upper Rio Grande, an area included within Texas borders until the Compromise of 1850. The map includes two insets, one showing the geographical relationship of Mexico, Texas and the United States (prior to the Mexican War), and another inset showing Galveston Bay, with soundings illustrating for the traveler safe routes to Houston and Galveston. The popularity and general acceptance of the map was shown by the fact that many mapmakers copied liberally from Arrowsmith's map... As one of the earliest maps to contain information from the General Land Office of Texas, the map located Indian tribes, major roadways, and included editorial comments for the benefit of the future traveler to Texas, such as 'excellent land,' 'valuable land,' 'rich land,' and 'delightful country.' In spite of its few errors, the map was certainly the best information on Texas geography available in Europe during the decade in which the political fate of the new Republic was of international concern" (Martin and Martin).

Several issues of the map were published between 1841 and 1858, with varying differences. The present copy is the scarce 1843 issue from the London atlas printed on thick paper and without the folds found on copies bound into William Kennedy's "Rise, Progress, And Prospects of the Republic of Texas" (1841).