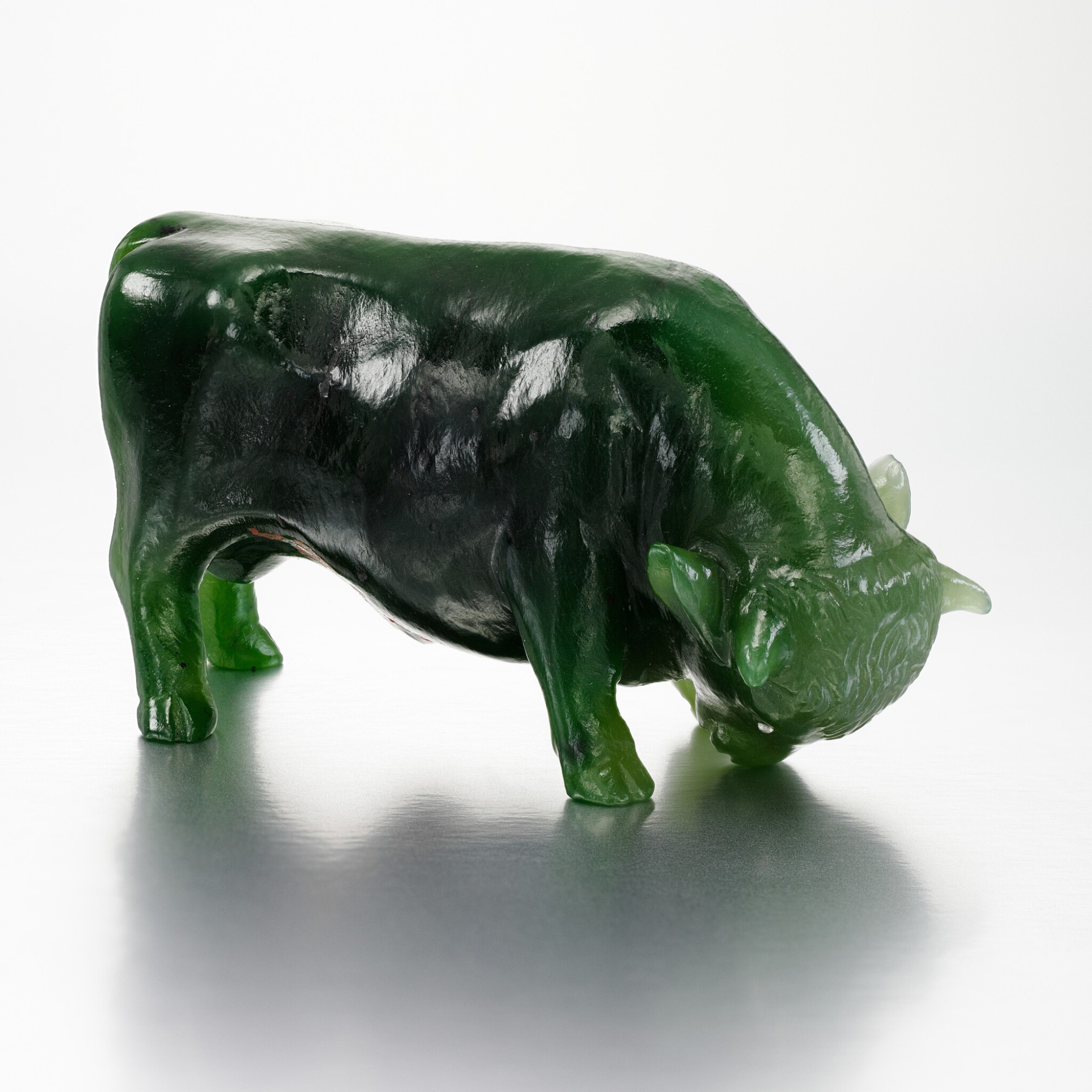 Intrinsically charming and representative of the highest level of craftsmanship, the animals in the present collection have many corollaries in the Royal Collection, including this young model of a bull whose pose is reminiscent of a jersey bull carved of tan chalcedony with ruby eyes (RCIN 40043) from the Sandringham commission.

It was of the greatest concern to Fabergé’s craftsmen that the perfect mineral specimens, of the right colour and markings were sourced for each individual study. In the present study of a young bull, the nephrite is of lustrous, deep colour and Fabergé’s craftsmen have applied a soft polish that perfectly emulates soft fur. The sculpture plays with the light, making evident the strong lines of the bull, from its ribcage to hunched shoulders.

Fabergé sourced Nephrite, with its natural variations in colour from massive boulders near Lake Baikal in Siberia and the Sayan Highlands in the Altai Mountains. Nephrite occupied the first place in Fabergé’s production, used for its qualities and appearance, its green grass colour offers many shades for the sculptors to manipulate. Nephrite stones have the qualities of being both firm and malleable, free of the cracks that make cutting other stones so difficult which gives the possibility of a very high finish, as can be seen in the refined polish of the present playful animal study.

While not all the talented sculptors who worked for Fabergé are known, central to the Sandringham commission was the Fabergé sculptor Boris Frödman-Cluzel (b. 1878), who joined the firm between 1903 and 1906 and was lauded in the St Petersburg press for his high level of skill in a review of an art exhibition in 1907: