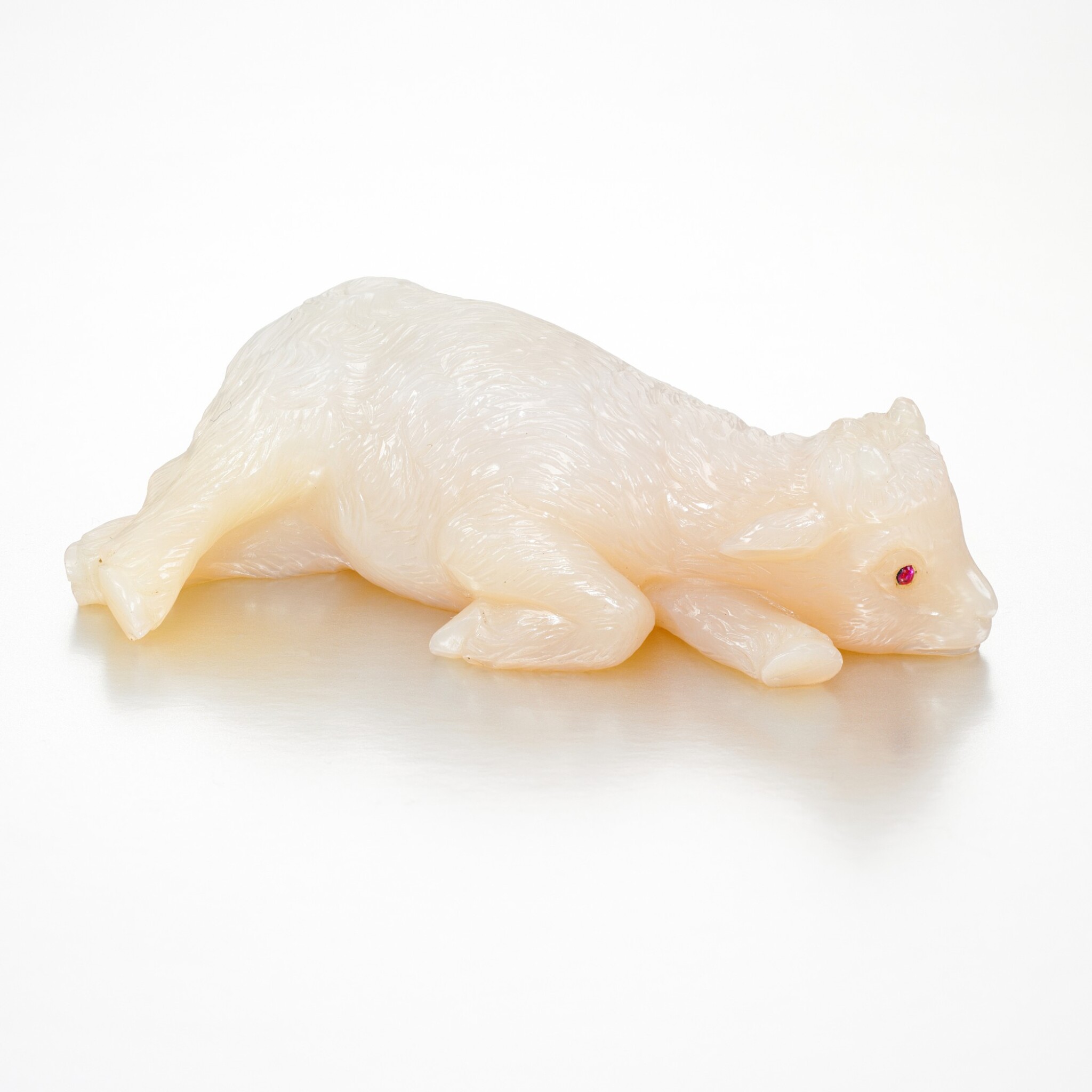 Fabergé animals are among the most whimsical and imaginative objects of vertu made by the famous firm, whose Royal and Imperial clients often favoured animal and flower studies (see lots 9 and 10) to elaborate jewels. The present model of a billy goat kid is the only known Fabergé carving of its kind.

These works, employing a range of natural materials, creatively and expertly transformed into realistic life studies were so popular amongst Faberge’s elite clientele that Queen Alexandra’s birthday table was described by Viscount Knutsford as containing numerous animals, which were augmented by further examples as she received her birthday gifts in 1909. These animals formed part of the Sandringham commission that is now part of the Royal Collection and represents the largest collection of hardstone animal models (C. de Guitaut, Fabergé’s Animals, A Royal Farm in Miniature, p. 9).

It was of the greatest concern to Fabergé’s craftsmen that the perfect mineral specimens, of the right colour and markings were sourced for each individual study. In the present study of a resting billy goat kid, the subtle luminosity of chalcedony gives the finely carved fur and the perfectly folded legs the sheen of new birth.

Intrinsically charming and representative of the highest level of craftsmanship, the animals in the present collection have many corollaries in the Royal Collection, but this billy goat kid appears to be without parallel. While models of a ram (RCIN 4044) from the Sandringham commission and a model of an adult goat are known, the present sculpture of a billy goat appears to be unique.