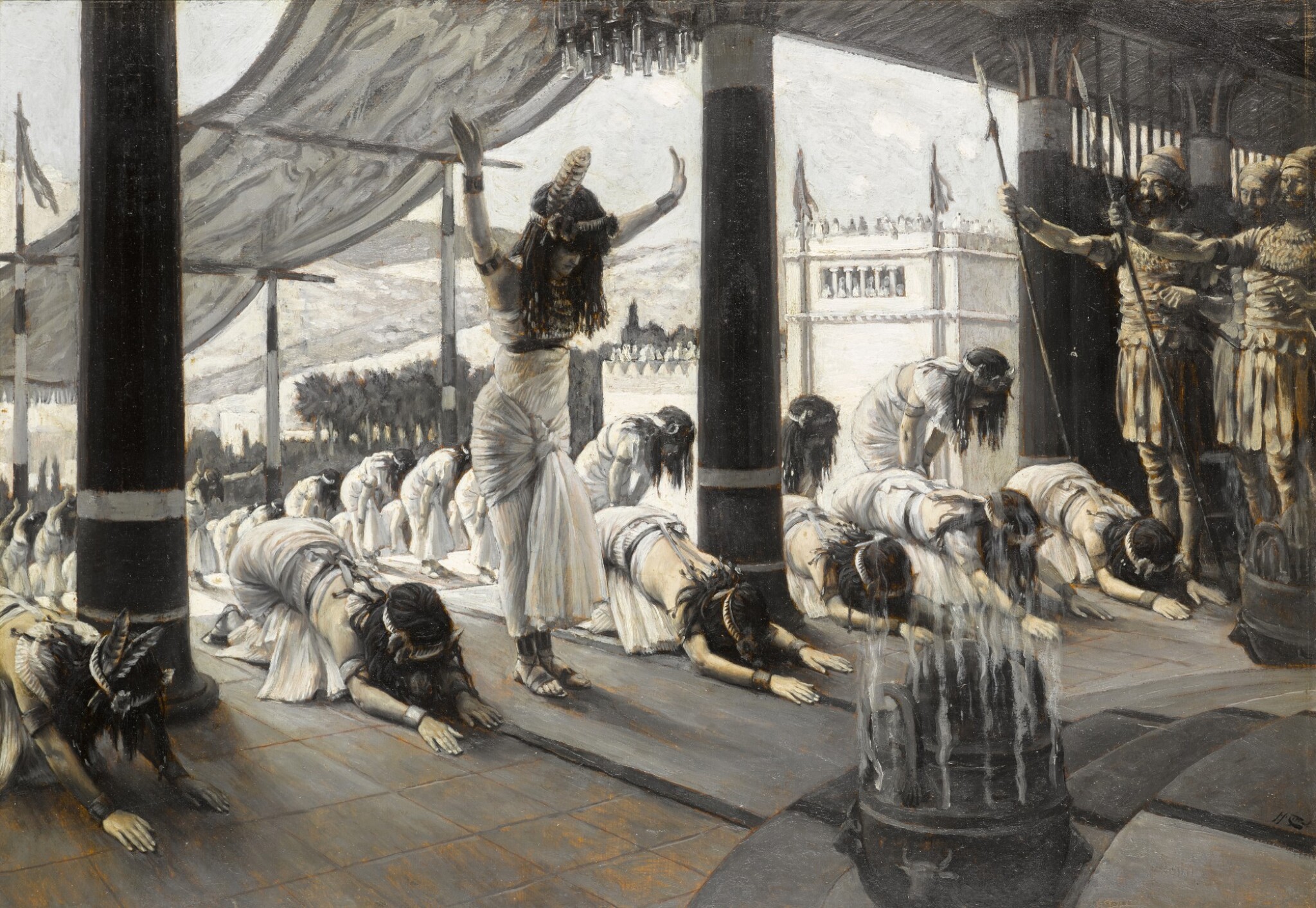 The panel is flat and is providing a stable structural support. The picture is in excellent condition. There is a very small paint abrasion on the dark curtain on the right and minor abrasions at the extremities where the paint surface has been rubbed by the rebate of the frame. The picture is ready to hang. UNDER ULTRAVIOLET LIGHT There is a slightly opaque varnish but does not appear to be any retouching.

Sotheby's, London, 25 November 1987, lot 27
Private collection
Willard E. Misfeldt, The Albums of James Tissot, 1982, illustrated p,120, plate IV.48
The Queen of Sheba Visits Solomon is one of the series of pictures painted following Tissot’s conversion to Catholicism. This new-found faith incidentally coincided with the French Catholic revival, which came as a stark contrast with the secular ways of the French Third Republic. In addition to this, Tissot’s style differed from the French style of the time, moving away from the impressionism, pointillism and heavy oil washes, Tissot had shifted toward realism in his watercolours. His conversion ultimately led him to depict Biblical events and he travelled to the Middle East on a number of occasions, in 1880, 1886 and 1896, to make studies of the landscape and people. His depictions of biblical events were critically acclaimed, being put on view in Paris, London and New York. Those 365 gouache illustrations brought him fame and wealth and were first published in a French edition of the La Sainte Bible in 1904. In his final years, Tissot worked on a series of oil paintings of subjects from the Old Testament, which he never completed. The Queen of Sheba Visits Solomon relates to an illustration for La Sainte Bible depicting the arrival of the queen at the palace of King Solomon, whose presence is suggested by the steps shown on the right leading to his throne. Sheba and her all-female retinue and bowing to the King, their movements closely watched by a group of the King's archers. The published illustration differs in many details, including the pose of Sheba and the number of hand-maidens and the omission of the palace guards in the illustration. This oil painting is arguably more successful than the illustration, the composition being more dramatic and Sheba's mien being more regal in comparison with the other female figures. It is possible that Tissot had been inspired by Edward Poynter's 1890 extravaganza The Queen of Sheba's Visit to King Solomon (Art Gallery of New South Wales, Sydney).