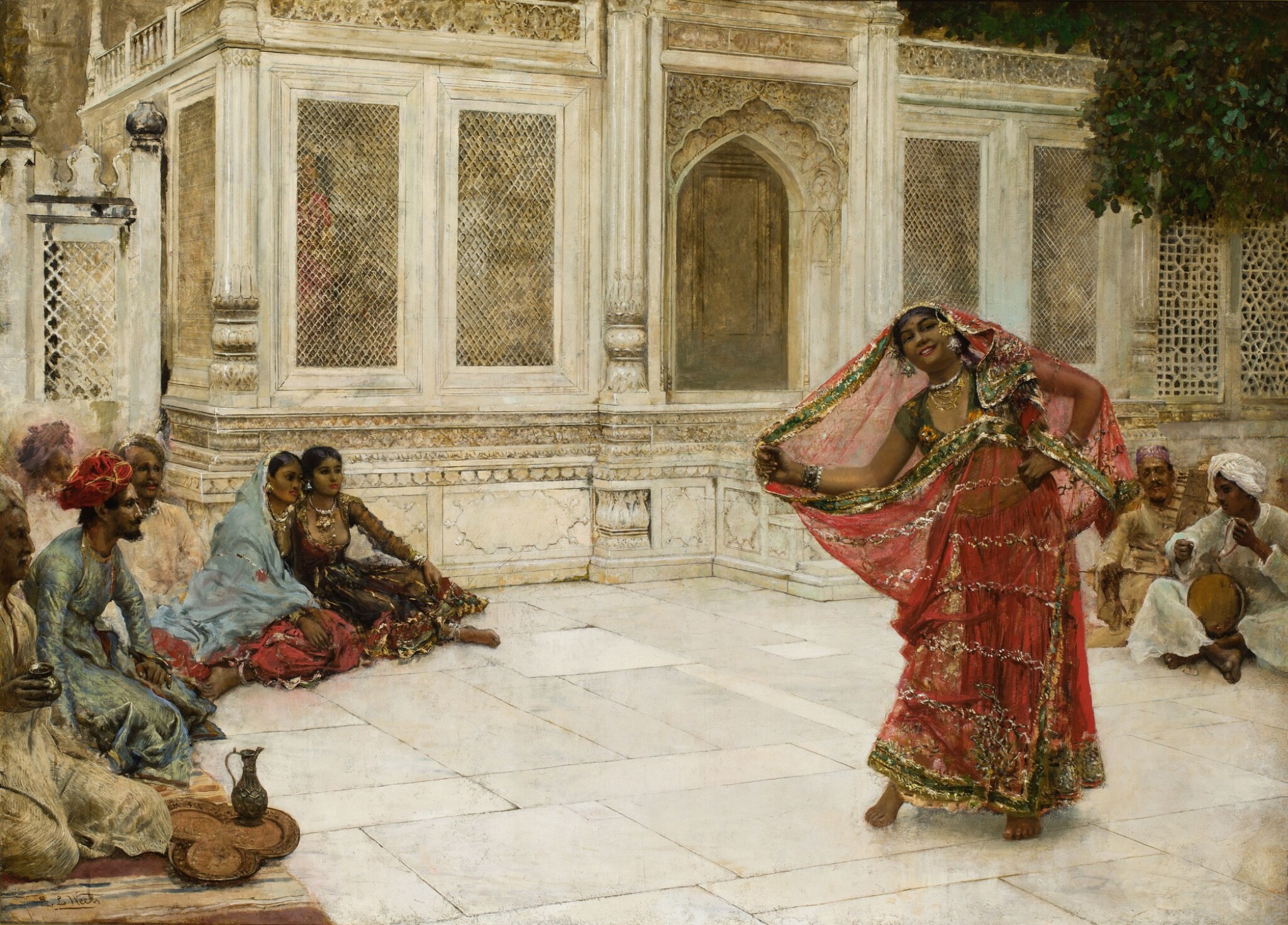 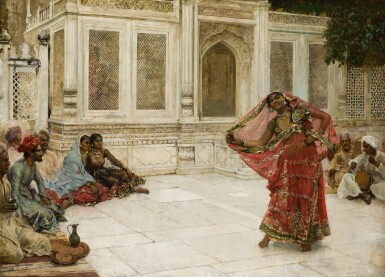 The authenticity of this work has been confirmed by the late Ellen K. Morris.

This painting is in good overall condition, presents well and is ready to hang.

The canvas has been relined. Ultra-violet light reveals strokes of retouching along the right edge and some minor spots elsewhere; a number of small areas fluoresce green overall, however these appear to be attributable to the artist's pigments.

Collection of Mrs. Lucie Cable Castleman, St. Louis (by 1896); thence by descent
Purchased by the present owner in New York in 2015

Edwin Lord Weeks was one of the most important American Orientalist painters of the late nineteenth century and his work reflects his travels to the regions he depicted. In 1892, Weeks travelled overland from Turkey to India by way of Persia, and published a travel account in serial format for Harper’s Bazaar magazine, titled From the Black Sea through Persia and India, which earned him fame and widespread artistic recognition in Europe and America.

In the present work, Weeks invites the viewer to join the audience of a Nautch dancer as she performs on an urban street, a scene that he likely witnessed during his travels in northern India. Weeks was primarily interested in depicting everyday scenes from the places he travelled, and the present work demonstrates his keen eye for detail in addition to his enthusiasm for the culture in which he immersed himself. Just as his dancing girl entrances the audience around her, Weeks is aware that a compelling narrative had the power to attract viewers.

As Gerald M. Ackerman writes: '[Weeks'] ability to draw ethnic types without condescension or caricature, his skill in putting together grand compositions, his ability to tell convincing tales – all these skills make his paintings compelling. His wonderful eye for architecture, not just for its stylistic niceties, but also for its presence in sunlight, transmits a view of the past that has to be accepted as true.' (Ackerman, American Orientalists, Paris, 1994, p. 244).