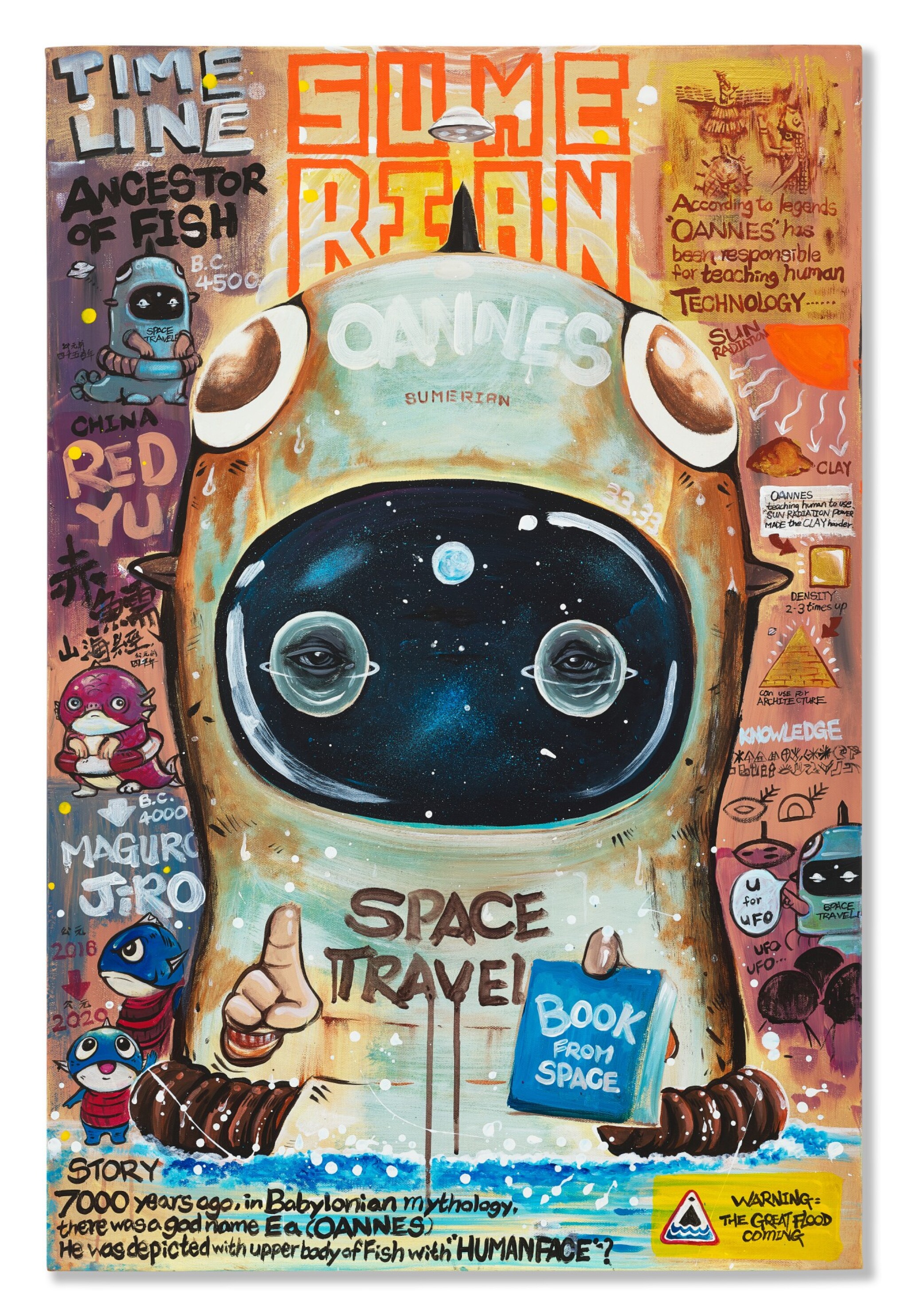 signed and dated 2019 on the reverse

This work is in excellent condition. No restoration apparent when examined under ultraviolet light. Unframed.

Hong Kong designer Chino Lam is one of the founders of the brand Mame Moyoshi hacho. He once worked for the renowned Japanese toy brand Bandai. In 2017 and 2018, he was awarded the "Oscar" in the toy industry, American Toy Award "Designer Toy Awards ". Driven by his passion for sashimi and aquatic creatures, he created a series of original characters featuring sea animals with human attributes. When rendered with traditional mediums such as calligraphy and Ukiyo-e, these cute and monstrous creatures evoke a sense of mismatched aesthetic, emanating a distinct aura that reminisces with street culture spiced up with dark humor. Chino's unique graphic style and fascinating imagination resonates with and captures the hearts of many and the popularity of his works in Asia rocketed within a short time frame.

The present work acts as a testimony of Chino's aquatic obsession. The center of the composition presents a creature with a raised finger as if to preach. Its forehead reads OANNES, a God described being half-fish half-human in Mesopotamian mythology. According to historical legends, it is he who came from the "Kingdom of the Sea" and passed his knowledge, wisdom, and skills to the Babylonians who inherited the ancient Sumerian culture. Surrounding this mythological god, Chino further illustrated the evolution of human civilization, as well as referencing The Classic of Mountains and Seas, a Chinese classic text and compilation of mythic geography and beasts as a juxtaposition to the Western legend to express his profound belief in the connection between human beings and creatures from the deep-sea.