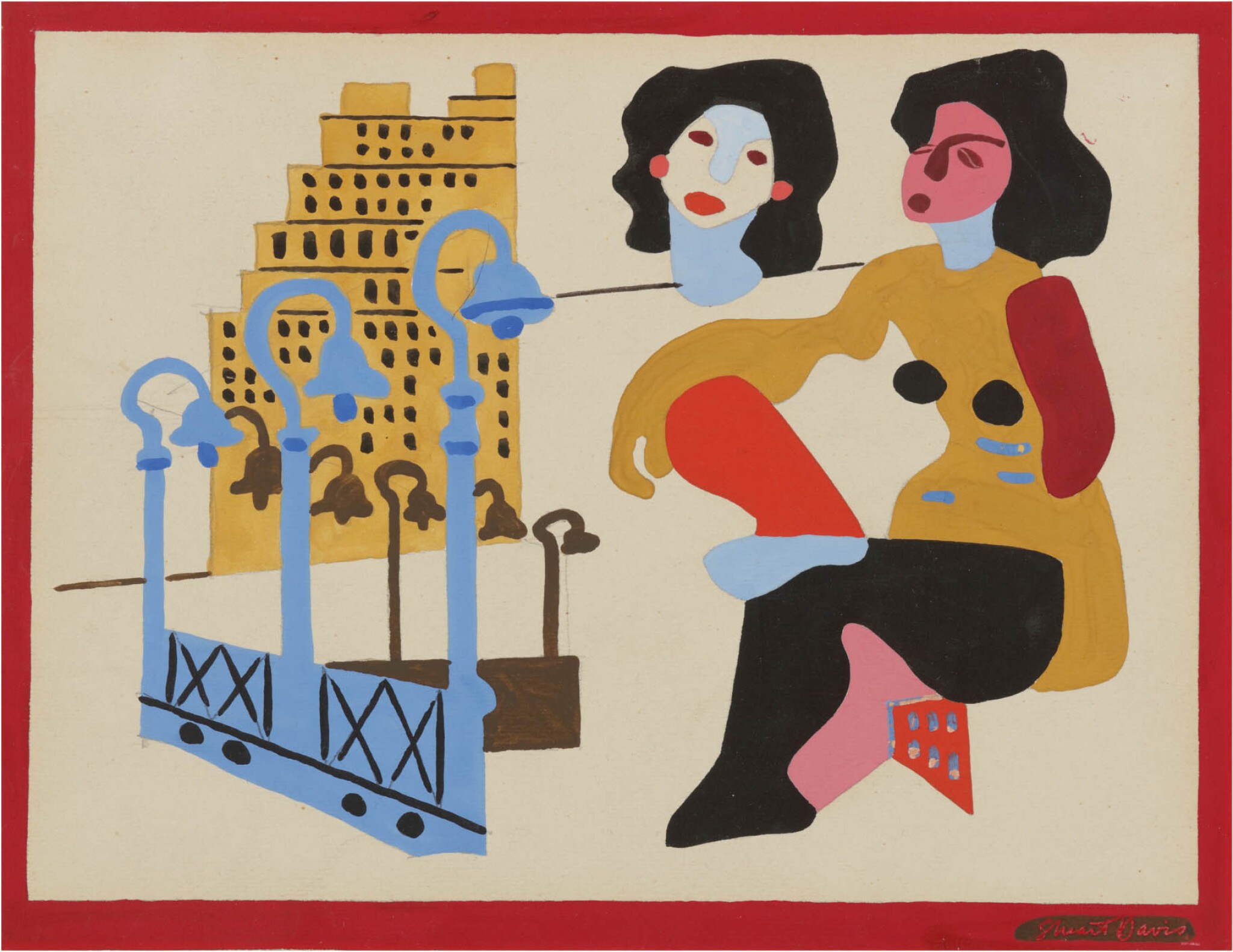 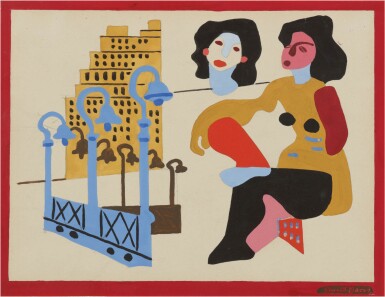 gouache and pencil on paper

The sheet is hinged to its support at two places along the reverse top edge. There are remnants of brown tape from a former mounting on the reverse. The sheet appears to be lightly toned and there are some areas of staining in the outer margin beneath the mat. There appear to be several pindots of foxing in the background near the top edge.