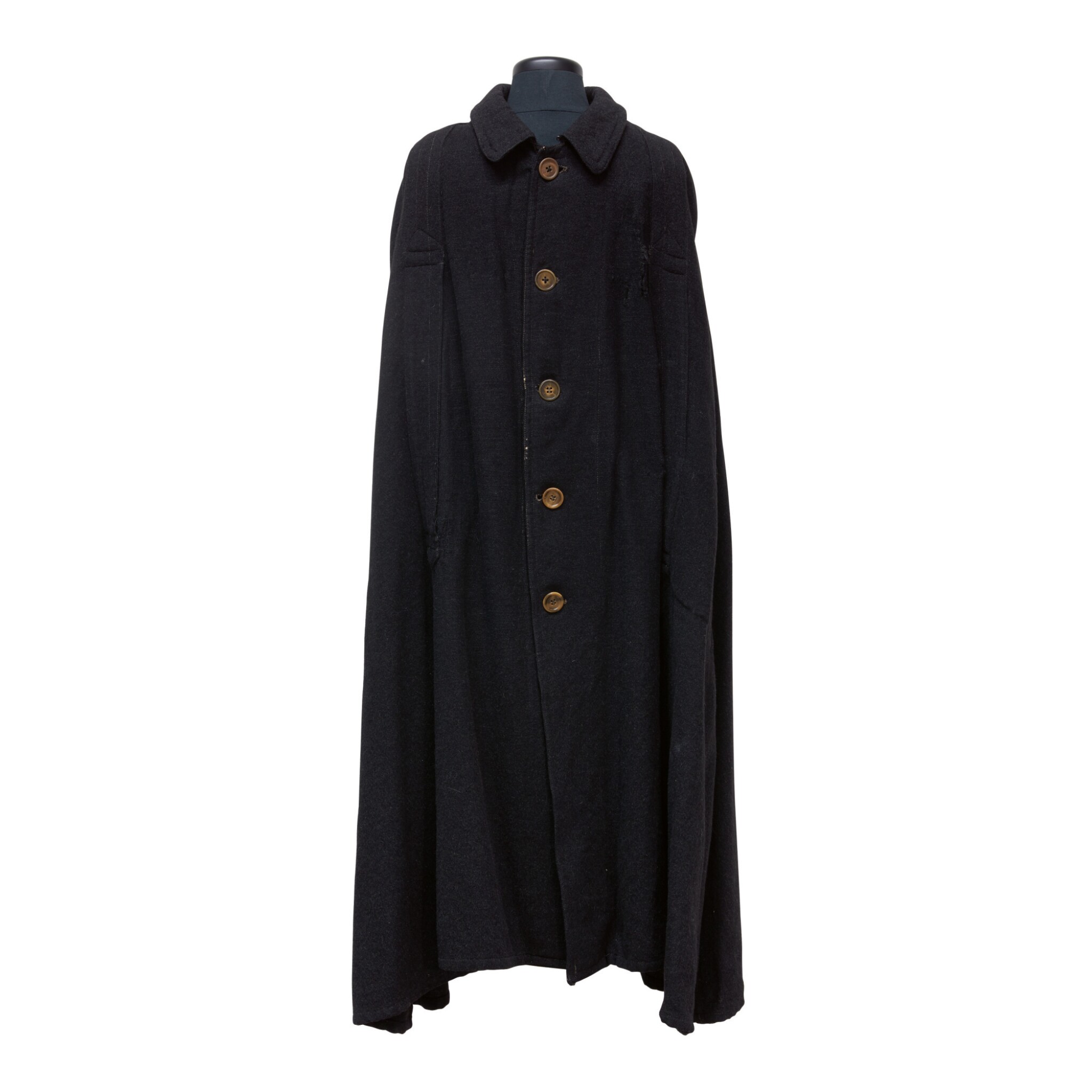 Long before he met Georgia O'Keeffe, Alfred Stieglitz was known for his signature full-length Loden cape, which he wore year-round. In choosing to style himself in this manner, Stieglitz was "following in the footsteps of earlier male artists, such as the Pre-Raphaelites, James McNeill Whistler, and Oscar Wilde, who adopted the cape as "art dress" (Living Modern, p. 84).

Threadbare at a handful of places along the front of the cape, indicative of heavy wear; reinforced in a few places, lacking one button at left armhole.