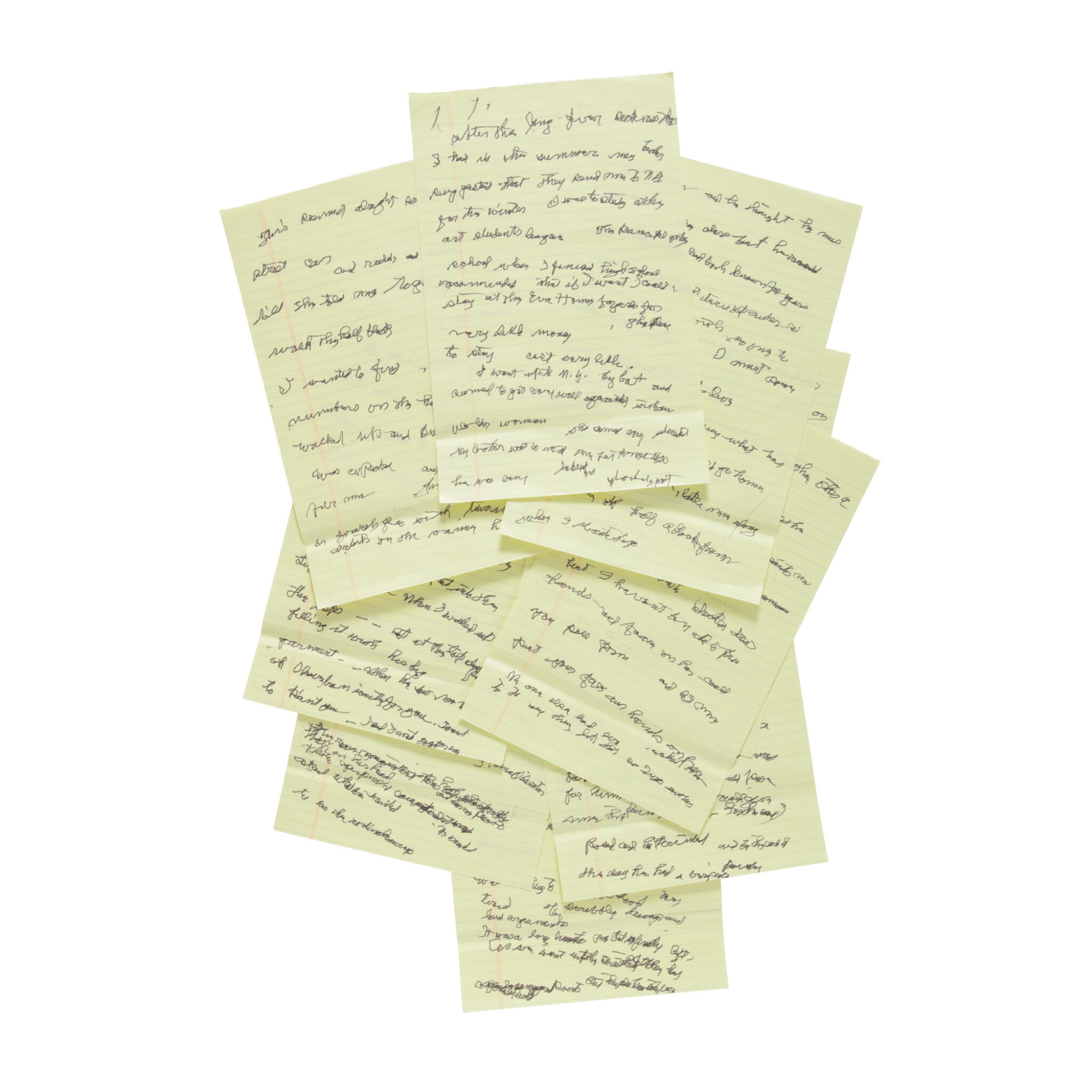 AUTOGRAPH MANUSCRIPT, TITLED IN ANOTHER HAND "MY FIRST TRIP TO NEW YORK"

Georgia O'Keeffe on her early days in New York. "I posed and he painted and by the end of the day he had a very nice painting that made him want to do another one as this one was for me. His work that day didn't go well and when a group came in and suggested that we all go down town to that place called 291 and see the Rodin drawings and what that man named Stieglitz was doing..."

In September of 1907, Georgia O'Keeffe boarded a train that would take her to New York City, where she'd been enrolled at the Art Students League. At the time, the League's faculty included William Merritt Chase, Luis Mora, and Kenyon Cox, and O'Keeffe was excited to be involved with a group of serious artists. Eugene Speicher, whom O'Keeffe refers to above, was also a student at the League, and relentlessly pursued O'Keeffe, eager to paint her portrait. It seemed Speicher was in no doubt of his own talent, with O'Keeffe here recalling: "He announced that he was going to be a great artist — and I would probably be a teacher in some poor little boarding school."

As this manuscript candidly captures, O'Keeffe and Speicher joined their fellow students, and the group tromped through the snow to the gallery, where they met Alfred Stieglitz, who was at that time New York's foremost authority on modern art, and who would, of course, become O'Keeffe's husband. O'Keeffe was unimpressed with what she saw at 291, and the general atmosphere that the space engendered. Despite all this, O'Keeffe returned to the gallery that April to see an exhibition of works by Henri Matisse.

This account strongly echos that printed in O'Keeffe's 1976 Viking Press volume, suggesting that the present manuscript may have been notes for that edition, or the intended follow-up text.