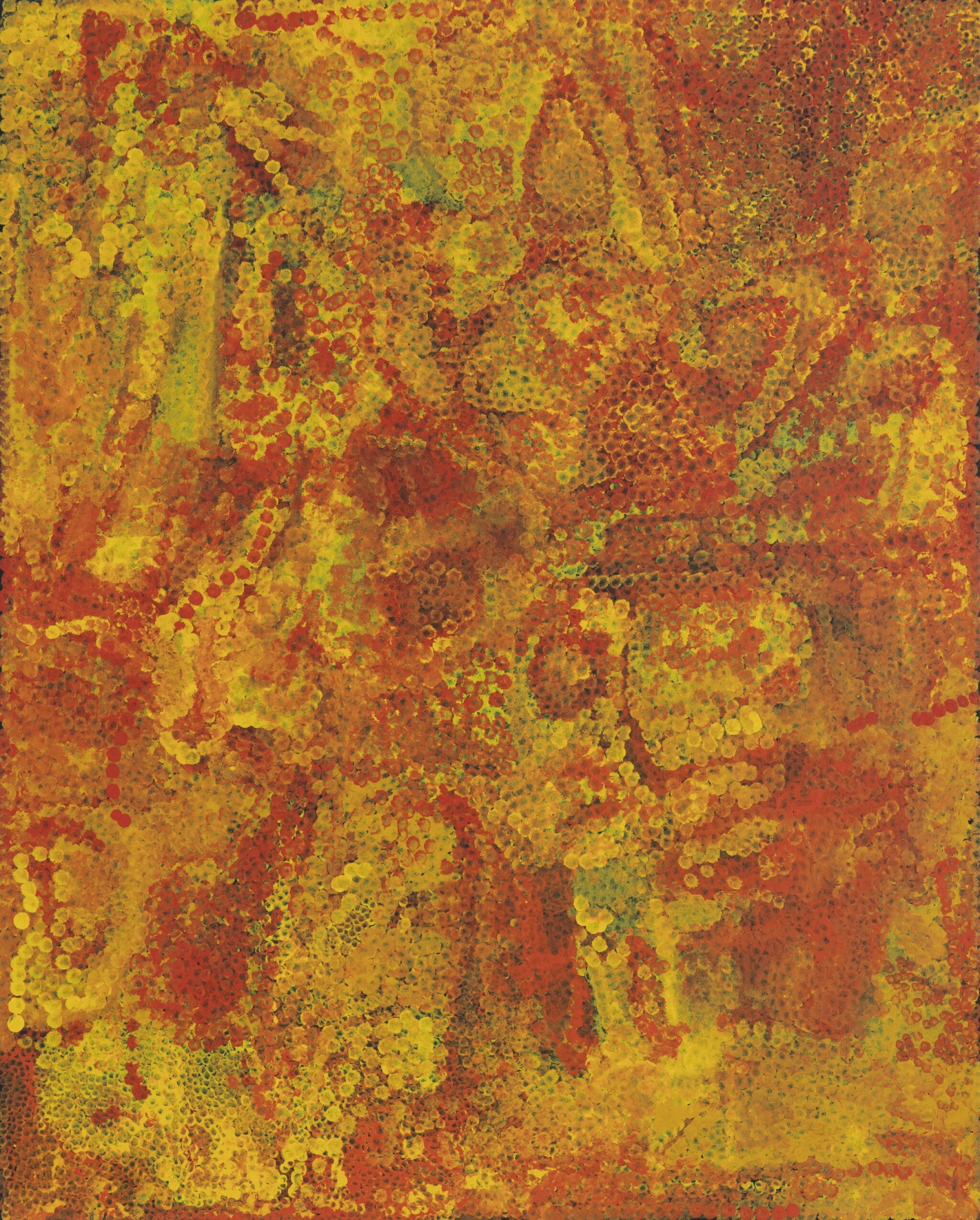 Bears artist's signature and Delmore catalogue number 92I021 on reverse

Painted at Delmore Downs Station, Northern Territory for the Delmore Gallery in September 1992
Private collection, Germany, acquired by a member of a travelling group of museum directors at Delmore Station in 1992

Untitled (Alhalkere) was painted in September 1992 not long after Kngwarreye returned to Utopia from visiting Canberra, the Australian national capital, to receive an Australian Artists Creative Fellowship (valued at the time at $110,000) and view her paintings hanging in the National Gallery of Australia and in the Art Gallery of New South Wales, Sydney. She was about 80 years old at the time and after receiving her award, she famously announced that she was retiring from painting. In 1992, she was less prolific than in the previous three years of her painting career, holding just two solo exhibitions. However, after returning home her creative desire took off and her style began to shift again.

Curator Deborah Edwards wrote on this new developing style; "During the early 1990s, Kngwarraye developed a painting technique that literally embodied her sense of the explosive, yet ordered, rhythms of the natural world: she energetically worked her canvas with fluid dots or blobs of colour that formed a pulsing layer over the ‘mapped-out’ underpinnings of her paintings." Deborah Edwards in 'Tradition today: Indigenous art in Australia’, Art Gallery of New South Wales, Sydney, 2014

Untitled (Alhalkere) reflects her new direction, filled with wild painterly energy, overlaid with areas of daubing linearly applied paint. It was acquired soon after it's completion by the vendor, who had travelled to the Delmore Downs property with a group of European museum directors. It is offered here for the first time since 1992.