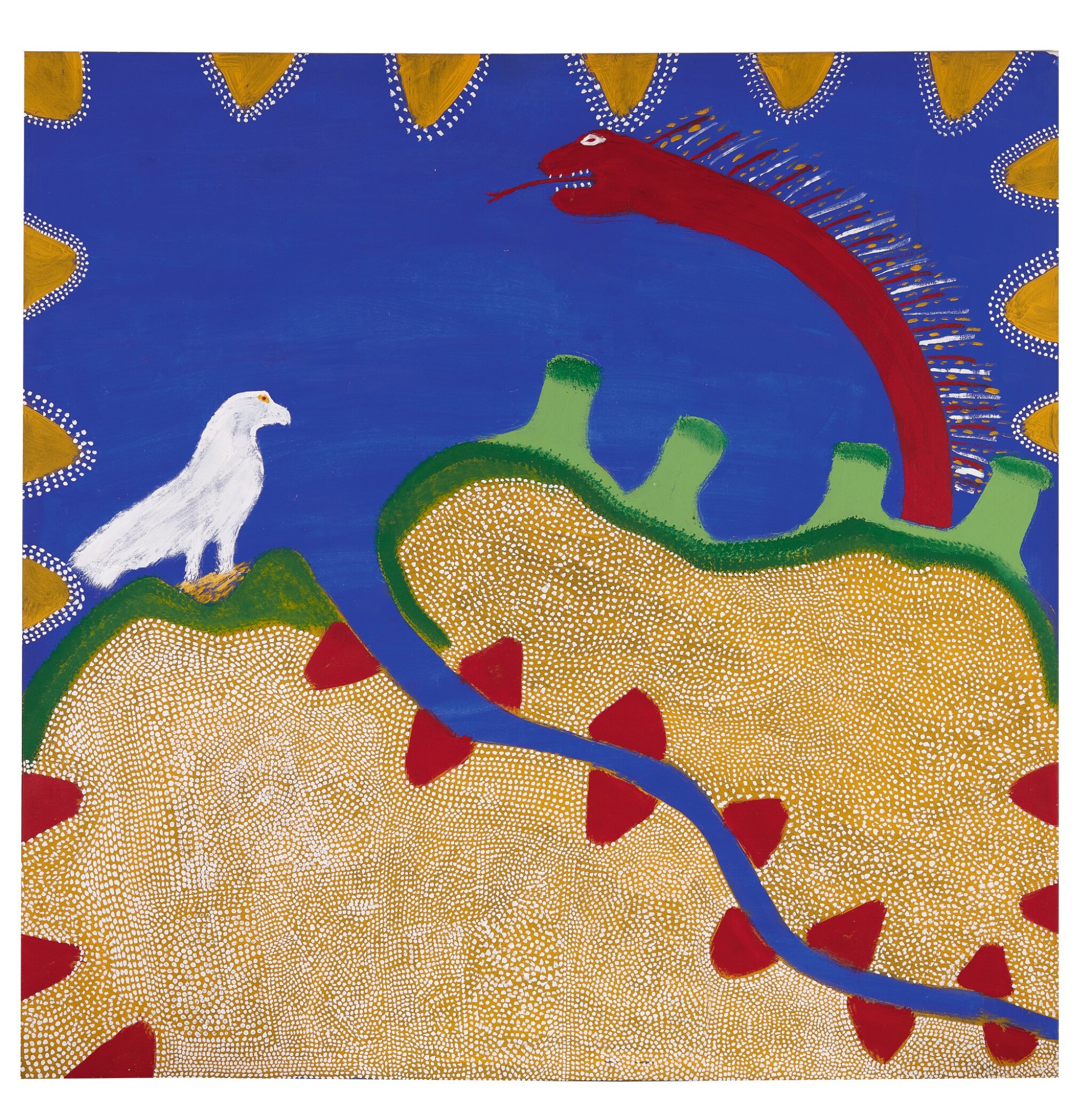 The focus of Ginger Riley Munduwalawala’s art is his mother’s traditional lands where the Limmen Bight River meets the Gulf of Carpentaria; it is, for the artist, ‘a source of inspiration and empowerment…akin to Mont Sainte-Victoire for Paul Cezanne’. [1] Munduwalawala was the djungkayi or custodian of that country who fulfilled his duty of caring for it by painting it.

The region is a place created through the interaction of several ancestral beings, chief among them Garimala the Taipan who transforms into the rainbows of the wet seasons, drenching the land in fertilising waters. Garimala also metamorphoses into Bulukbun the fire-breathing dragon shown here, his spines bristling in anger at the transgressions of young ritual initiates. The dragon arcs over the Four Archers, a prominent set of hills which is, according to Munduwalawala ‘the centre of the earth, where all things start and finish’. [2] Bulukbun is faced by the white-breasted sea eagle Ngak Ngak, the guardian of the site. By virtue of Munduwalawala’s totemic association with Ngak Ngak, the sea eagle may be considered a proxy for the artist bearing witness to the genesis of the world.

The upper boundary of V-shapes references Marra body painting. Marra is an endangered Australian Aboriginal language, traditionally spoken on an area of the Gulf of Carpentaria coast in the Northern Territory around the Roper, Towns and Limmen Bight Rivers.