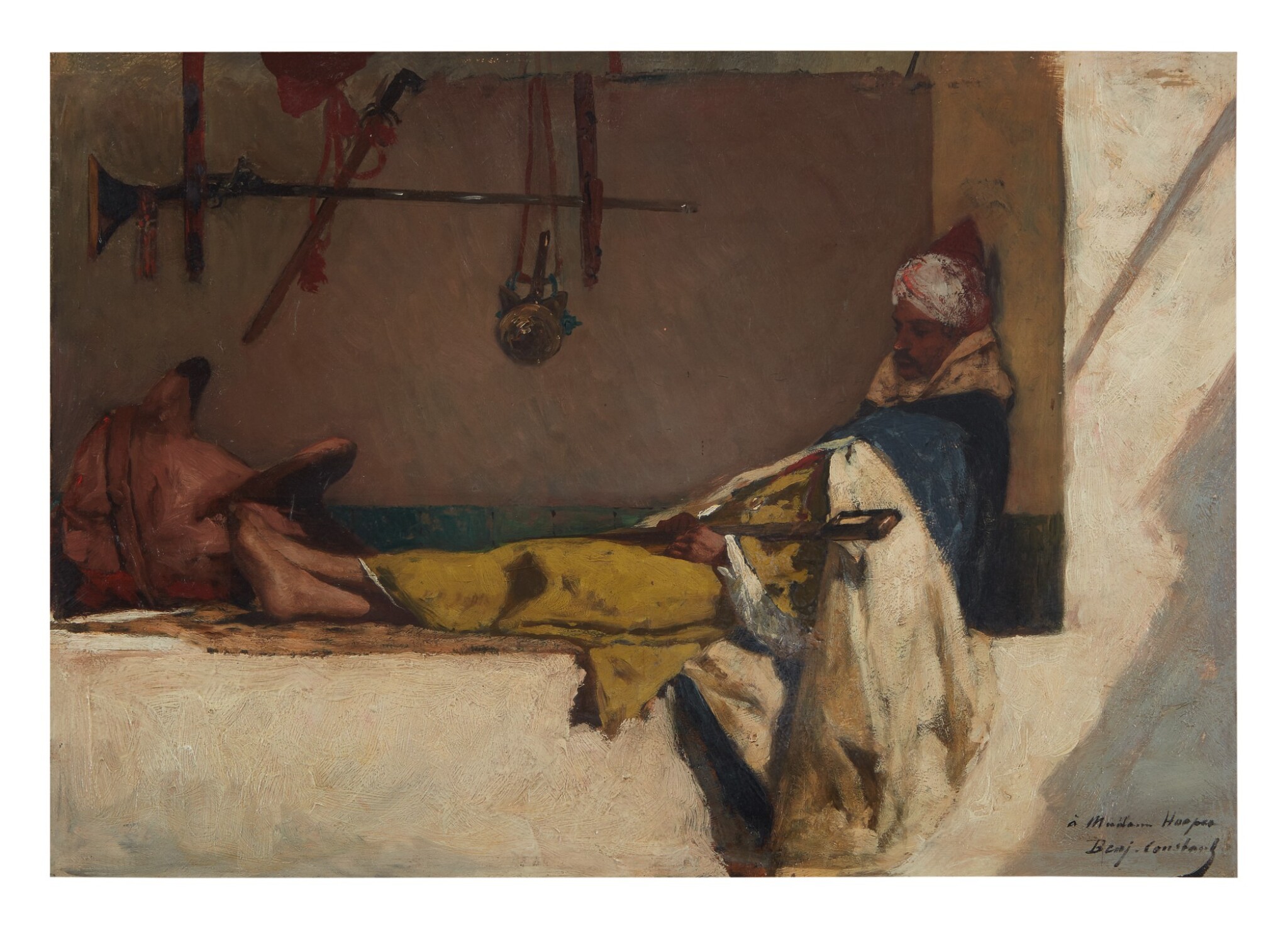 Not examined out of the frame. Oil on panel. The surface is in generally good condition aside from minor surface dirt and some minor abrasions at the extreme edges. There is some impasto visible in the wall. Under UV light, a few small areas of retouching are visible along the upper edge to address prior frame abrasion and one small area at lower center.

Private Collection (possibly acquired in New York in the 1950s)

Jean-Joseph Benjamin-Constant first visited Tangier in 1870. Over the next three years, the artist lived in and traveled around Morocco, an experience that formed the backbone of his artistic output for the next twenty years. Like Eugène Delacroix, Mariano Fortuny and many other artists before him, Benjamin-Constant was overwhelmed and intoxicated by the landscape, architecture and inhabitants of Northern Africa. The present work does not appear to be related to a larger work, but may have been among the many sketches that the artist kept in his Paris studio to help inform and inspire the artist’s large-scale Salon entries.

The presence of a dedication - a Madam Hooper - indicates that this atmospheric sketch may have been a gift from the artist and possibly to Lucy Hamilton Hooper, a poet, playwright and journalist. Born in Philadlephia in 1835, she wrote for Godey’s Lady’s Book and Lippincott’s Monthly Magazine and published poetry. In 1874, her husband was appointed vice-consul general in Paris, and Lucy became the Paris correspondent for a number of American newspaper as well as the American issue of the Art Journal. Hooper mentioned Benjamin-Constant’s work in her dispatches from the yearly Salons and other art world events in Paris, and was so taken with his work that she authored a poem entitled THREE VISITORS. After a picture by Benjamin Constant (see Sara Sigourney Rice, ed., Werner's Readings and Recitations, New York, 1891, p. 44-5).