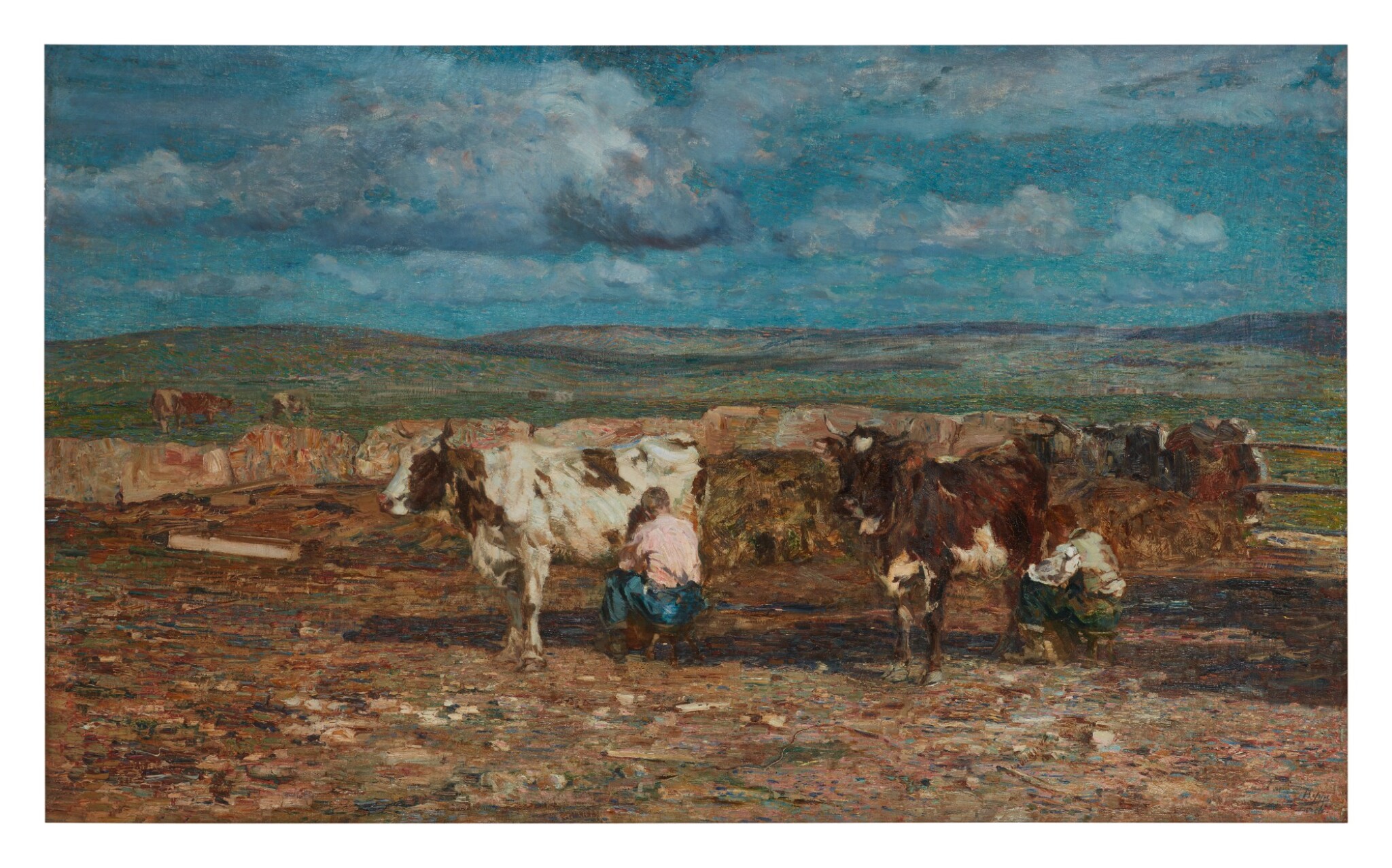 Oil on canvas., unlined. The surface is in generally good condition aside from finely patterned, stable craquelure visible in some of the sky and in the darker pigments of the foreground, such as in cows. Under UV light, there are isolated areas of dots of inpainting in sky, as well as strokes of retouching in the cows and milker.

D. Lorenzo Pellerano (and sold, Guerrico & Williams, Buenos Aires, October 1933, lot 127, according to a label on the reverse)

Born in Venice, Beppe was part of a family of celebrated painters, including his father Guglielmo and his sister Emma (see following lot). After completing studies at the Venice Academy of Fine Arts in 1899, he submitted his first work to the Venice Biennale, where he would become a regular exhibitor.

Painted circa 1909-1910, La Mungitura (Milking) is the slightly smaller version of the same subject Ciardi showed at the Venice Biennale of 1910, where it was acquired for the Galleria Nazionale d’Arte Moderna e Contemporanea in Rome. La Mungitura is characteristic of the artist’s technique of painting with a loaded brush of saturated pigments and energetic strokes to capture the tones and textures of a sundrenched landscape (likely outside of Treviso) populated by patient cows dutifully milked. Thanks to paintings like La Mungitura, Ciardi’s fame reached the United States. In championing the artist in 1914 one American critic praised his “dramatic realism of Nature [sic]… he is fond of the broad vista, and in many of his pictures a great placid calm reign over the whole. Wide stretches of green pasture lose themselves in the hazy distance, while often cattle… occupy the foreground, and are observed and felt as part and parcel of the landscape…. Ciardi is entirely a child of reality… seized with a determination to capture the air which wafts over fields and men and animals” (L. Brosch, “An Italian Painter: Beppe Ciardi,” The International Studio, vol. 51, 1914, p. 190).