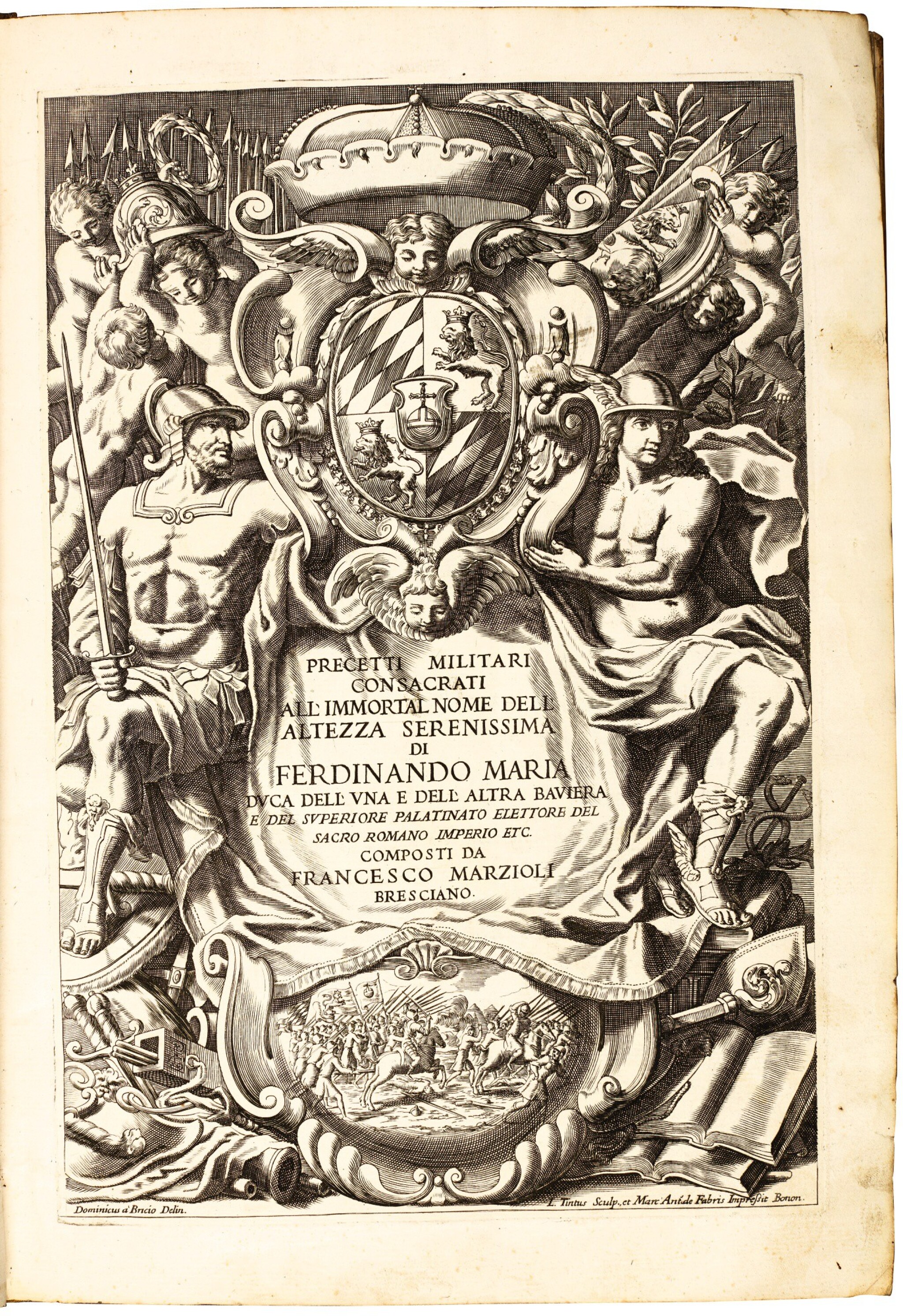 FIRST EDITION. The fine plates show a soldier in elaborate dress performing various manoeuvres with pike and musket as well as parade-ground exercises for a battalion. The dedicatee was noted at the time for establishing a small but permanent Bavarian army. For the third edition, see lot 306.