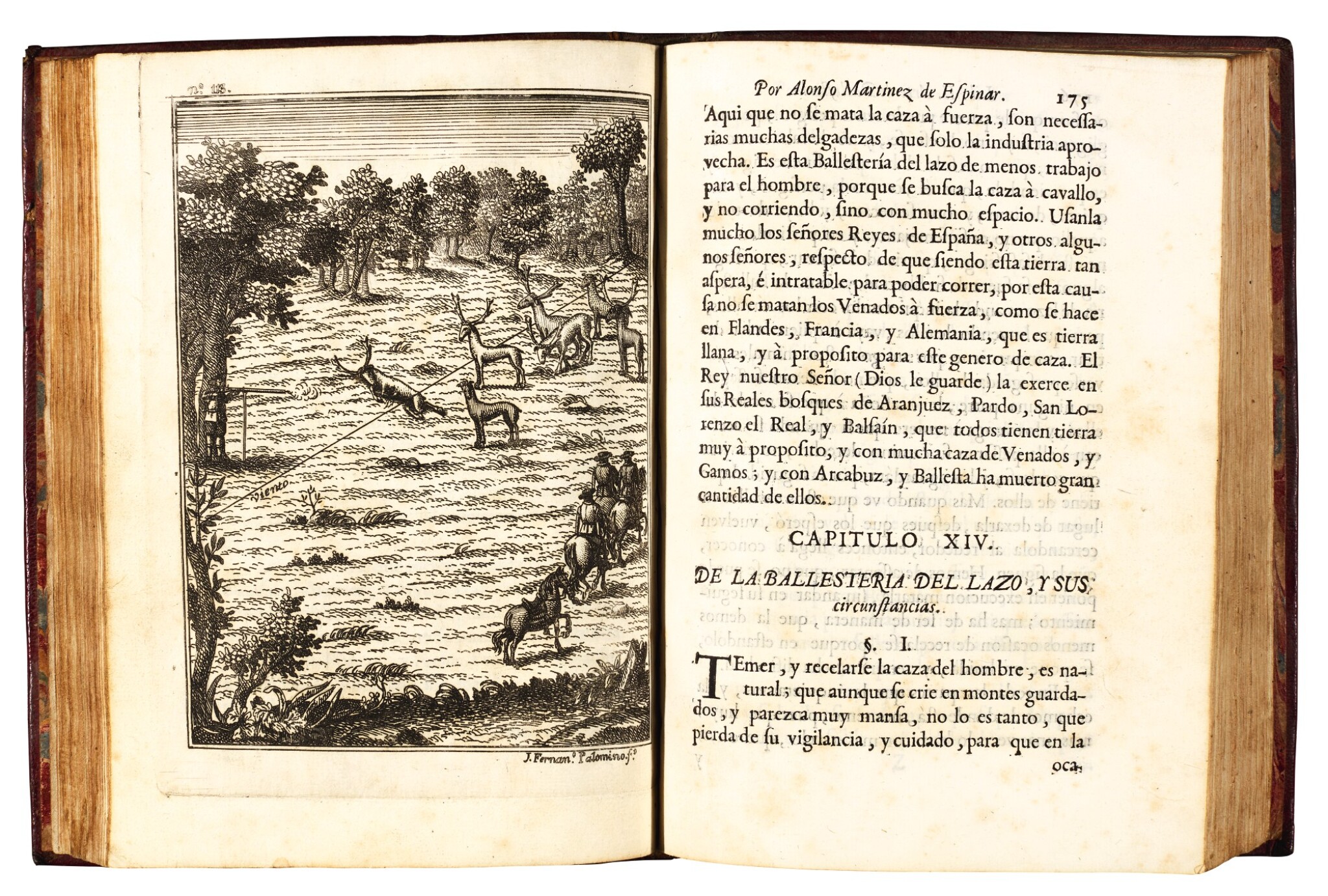 Third edition of this "classic on Spanish hunting which was written at the period when the crossbow was giving way to the musket" (Schwerdt). It was first published in 1644.