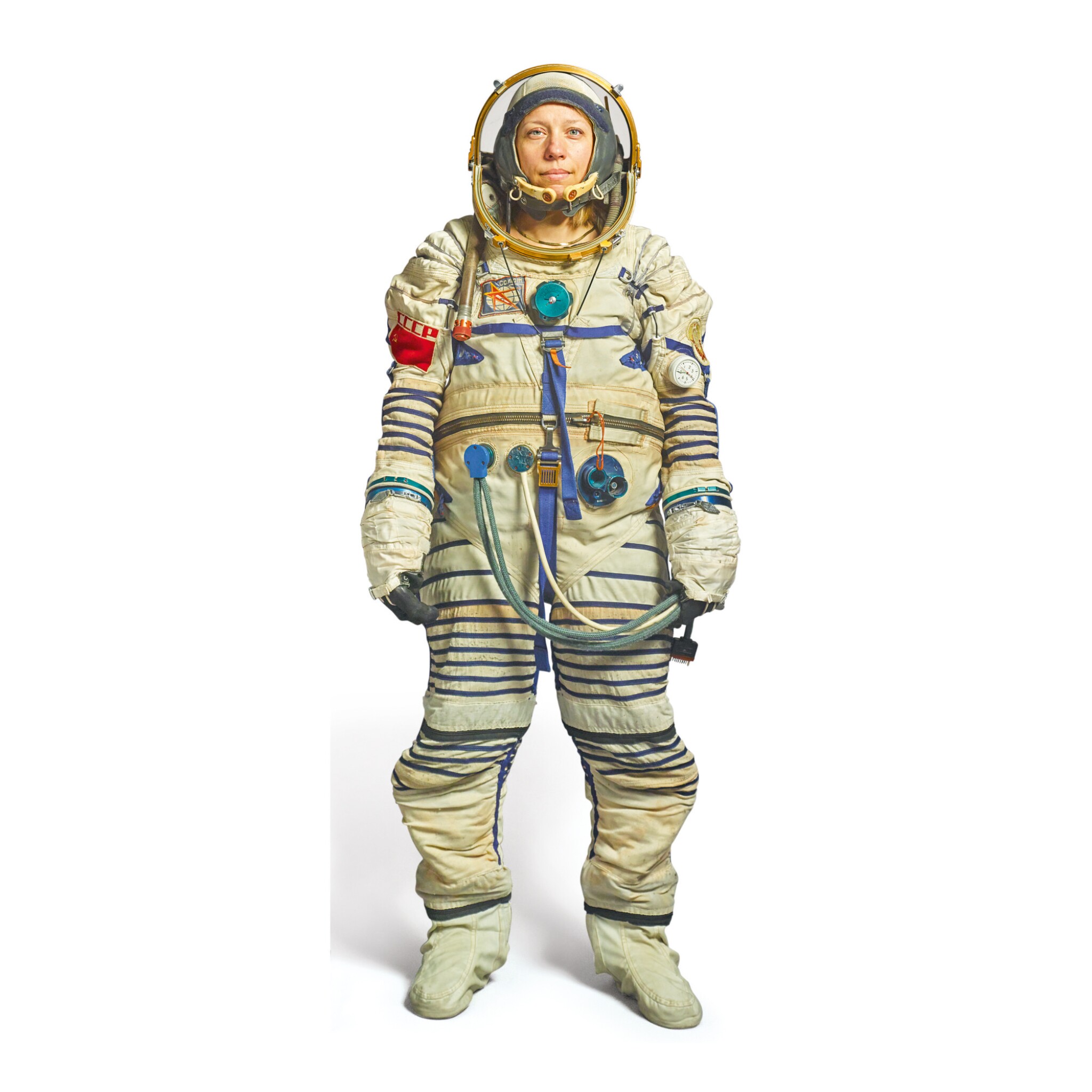 VERY RARE SOKOL-KR ("FALCON") SPACESUIT, a version of the Sokol-K Rescue Spacesuit which was used on Soyuz 12, from 1973-1980. Zvezda made many refinements to the Sokol-K suit, and the Sokol-KR was a version that was designed to work with a regenerative life-support system on the TKS spacecraft. The suit was never flown, as the TKS never ended up flying a crew, though this suit was clearly used for training.

The Sokol space suit was, and still is, worn by all who fly on the Soyuz spacecraft. The suit was developed from 1973-1979 with the goal of supporting a suited astronaut for up to 30 hours in a pressurized cabin and two hours in an unpressurized one. Described by manufacturer NPP Zvezda as a rescue suit, the Sokol was designed to keep the wearer alive in the event of an accidental depressurization rather than being used outside the spacecraft on an EVA. The suit was developed following the disastrous loss of the Soyuz 11 crew in 1971 through sudden depressurization, and its successor, the Sokol-KV2, was first used on the Soyuz T-2 mission, launched on June 5, 1980.

For details on the development of Russian spacesuits, see Abramov and Skoog, Russian Spacesuits.