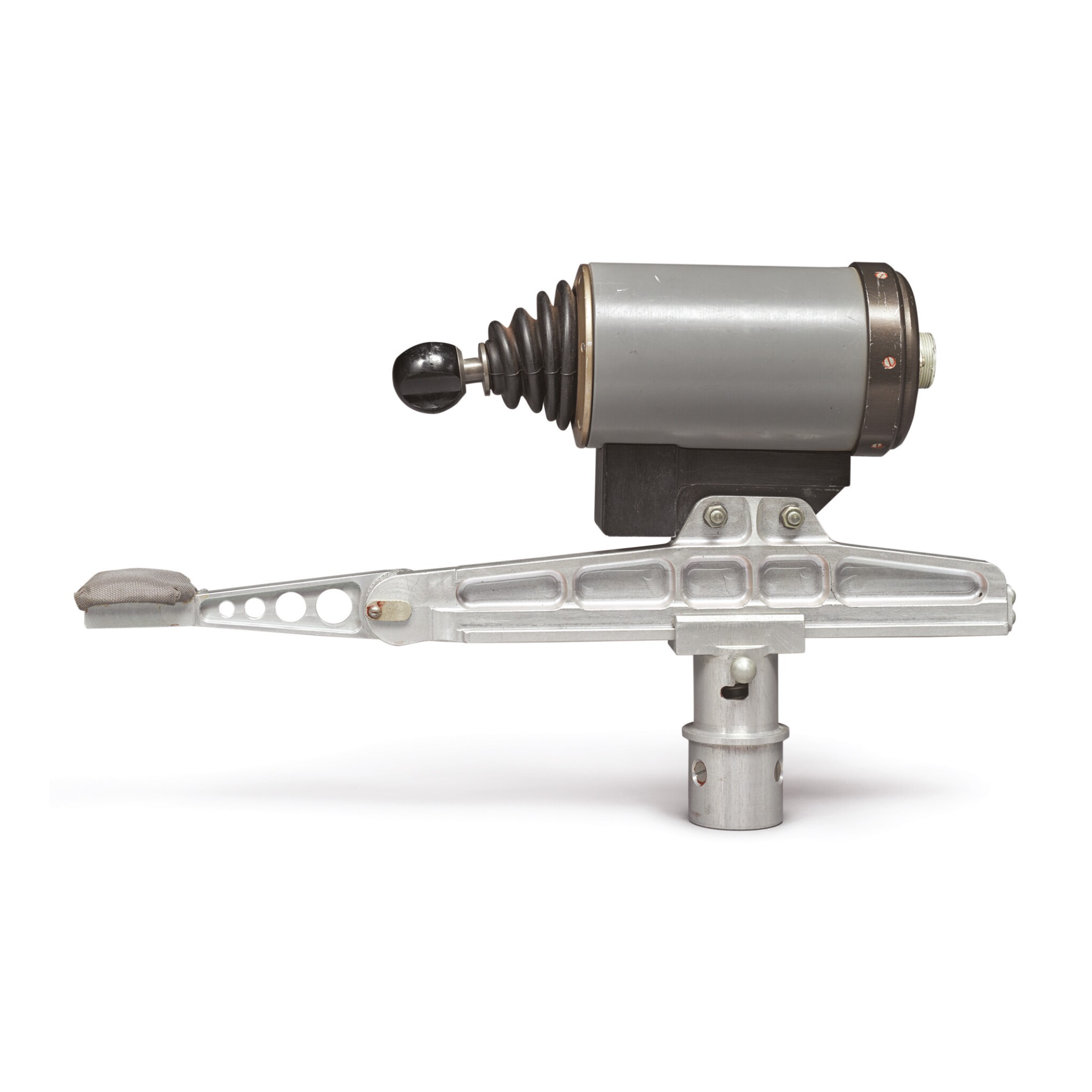 Controller in metal, rubber, and composite materials, with aluminum mount, together 14 1/4 by 8 1/2 inches.

CONTROLLING THE SOYUZ TM SPACECRAFT. The Soyuz translational controller (KRUD) is essentially a joystick used to move the spacecraft up, down, left, right, backwards, and forwards in space. It was mounted onto the seat and shock absorber assembly (Kazbek) in the cockpit of the Soyuz TM spacecraft. The controller unit itself was used across several generations of the Soyuz spacecraft, with the detachable mount changing between different Soyuz generations. The TM generation was launched between 1986 and 2002.