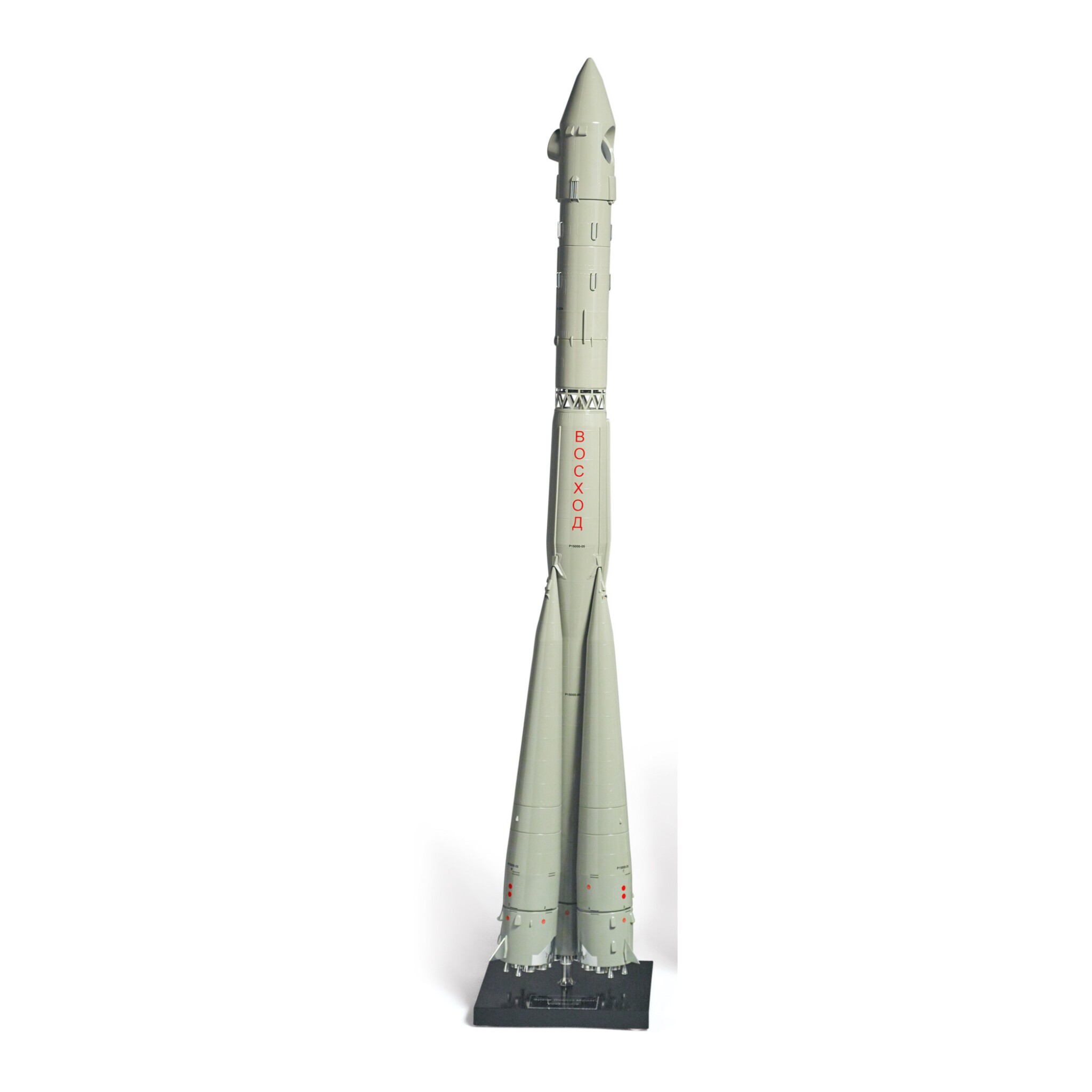 An excellent, finely detailed model made for exhibition purposes. Voshkod-2 was a Soviet manned space mission, launched on 18 March 1965 carrying on board Alexei Leonov and Pavel Belyayev. During the second orbit of Voshkod-2, Leonov stepped out of the spacecraft and performed humanity's first Spacewalk, which lasted 12 minutes and 9 seconds. The mission almost ended in disaster when Leonov was unable to re-enter the airlock due to the suit being stiff from over-inflation, forcing him to bleed air from the suit in order to get into the airlock. After finally gaining entry into the spacecraft cabin, the primary hatch would not seal completely. The environmental control system compensated by flooding the cabin with oxygen, creating a serious fire hazard in a craft only qualified for sea level nitrogen-oxygen gas mixes. On re-entry, the primary retrorockets failed. A manually controlled retrofire was accomplished one orbit later. The service module failed to separate completely, leading to wild gyrations of the joined reentry sphere - service module before the connecting wires burned through. Vostok-2 finally landed near Perm in the Ural Mountains in heavy forest. The crew spent the night in the woods, surrounded by wolves, before being located. The recovery crew had to chop down trees to clear a landing zone for helicopter recovery of the crew, who had to ski to the clearing from the spacecraft. Only some days later could the capsule itself be removed.

Subsequent Voskhod missions were cancelled because of their dangerous conditions.