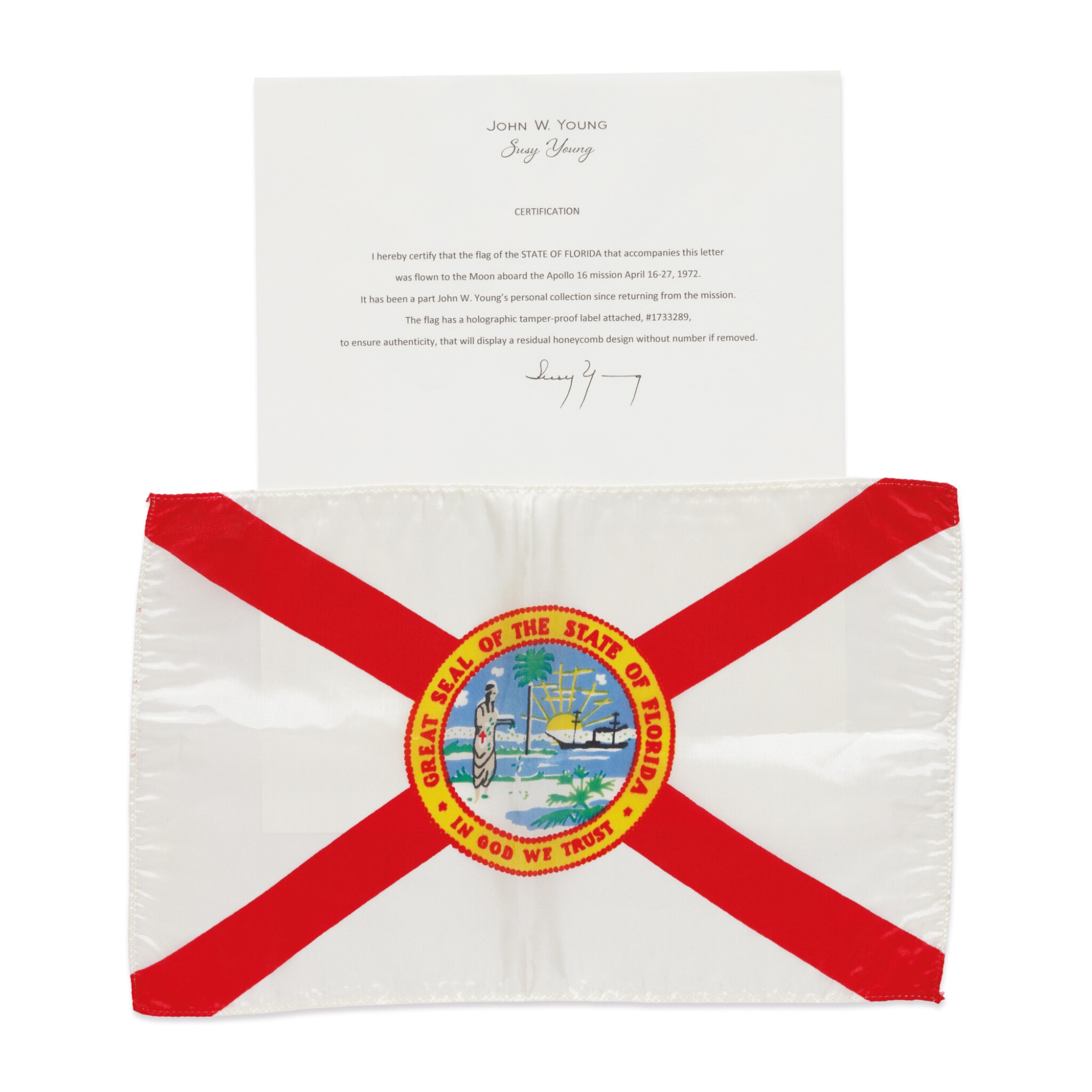 FLOWN cloth Florida state flag, 7½ by 11¾ inches, depicting a red saltire on a white background with the state seal superimposed on the center, affixed with a tamper-proof label numbered 1733289; previously folded as expected. With a Typed Letter Signed by John Young's widow, Susy Young, on their personal letterhead.

SPACE-FLOWN FLORIDA STATE FLAGS ARE QUITE SCARCE. All of the astronauts in the Apollo program would have had strong connections to the state of Florida, given the prominence of the Kennedy Space Center and Cape Canaveral in the space program. John Young also spent some of his formative early years in Orlando, Florida, where he attended grade school through high school.

Susy Young's provenance letter reads, in full: "I hereby certify that the flag of the STATE OF FLORIDA that accompanies this letter was flown to the Moon aboard the Apollo 16 mission April 16-27, 1972. It has been part of John W. Young's personal collection since returning from the mission. The flag has a holographic tamper-proof label attached, #1733289, to ensure authenticity, that will display a residual honeycomb design without number if removed."