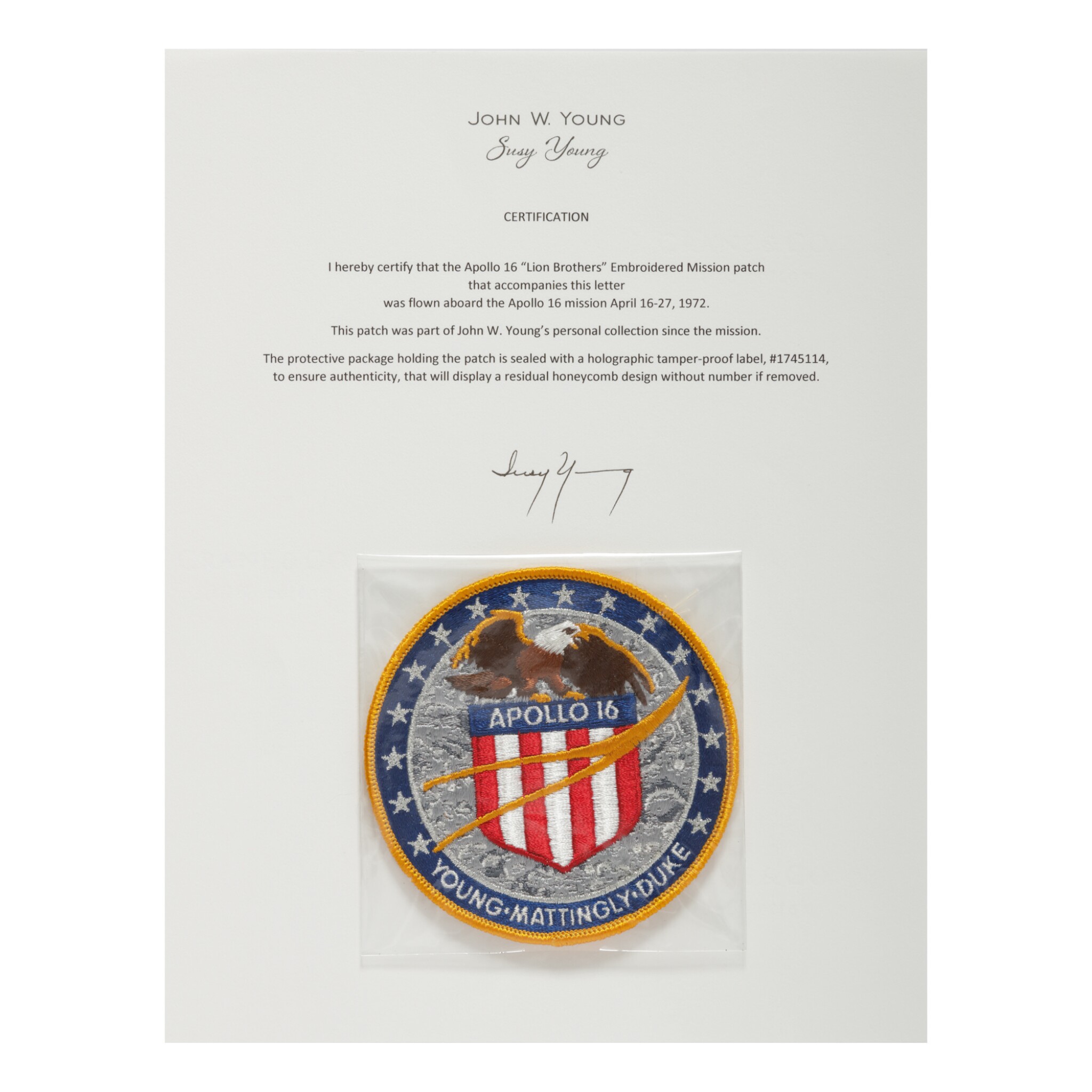 FLOWN embroidered patch, 4¼ inches in diameter, depicting an eagle with outstretched wings atop a red white and blue shield emblazoned with the mission name, with stars and the crewmember surnames ("Young • Mattingly • Duke") around the perimeter. Affixed to a Typed Letter Signed by John Young's widow, Susy Young, on their personal letterhead.

Susy Young's provenance letter reads, in full: "I hereby certify that the Apollo 16 "Lion Brothers" Embroidered Mission patch that accompanies this letter was flown aboard the Apollo 16 mission April 16-27, 1972. This patch was part of John W. Young's personal collection since the mission. The protective package holding the patch is sealed with a holographic tamper-proof label, #1745114, to ensure authenticity, that will display a residual honeycomb design without number if removed."