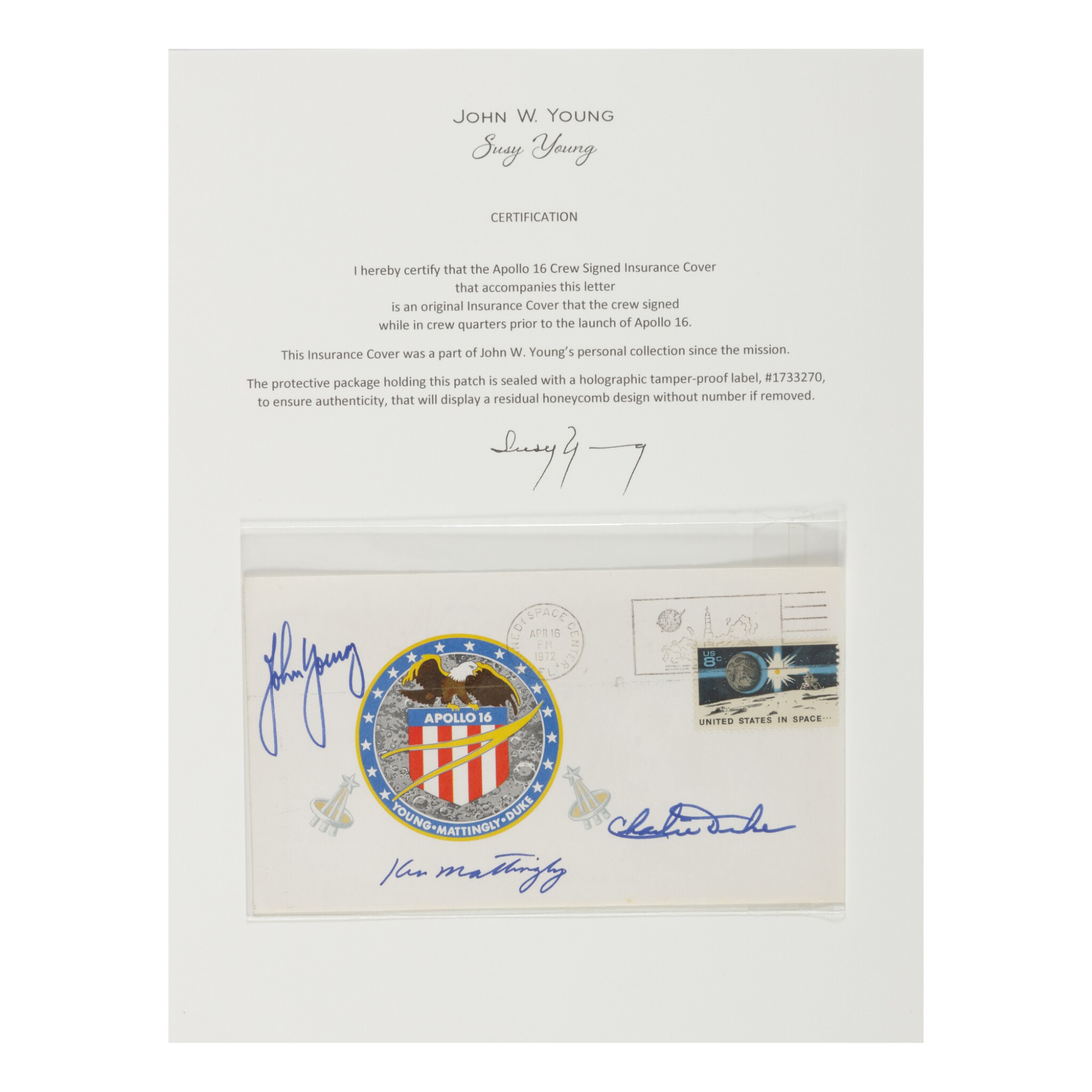 Apollo 16 Life Insurance Cover measuring approximately 3 5/8 by 6½ inches with a cachet featuring the Apollo 16 mission emblem, depicting an eagle with outstretched wings atop a red white and blue shield, with astronaut pins flanking the emblem on either side. Bearing the 8 cent "United States in Space" stamp with a pictorial cancellation from Kennedy Space Center on the Apollo 16 launch date, April 16, 1972. Displayed on a Typed Letter Signed by John Young's widow, Susy Young, on their personal letterhead.

Susy Young's provenance letter reads: "I hereby certify that the Apollo 16 Crew Signed Insurance Cover that accompanies this letter is an original Insurance Cover that the crew signed while in crew quarters prior to the launch of Apollo 16. This Insurance Cover was a part of John W. Young's personal collection since the mission. This protective package holding this patch is sealed with a holographic tamper-proof label, #1733270, to ensure authenticity, that will display a residual honeycomb design without number if removed."