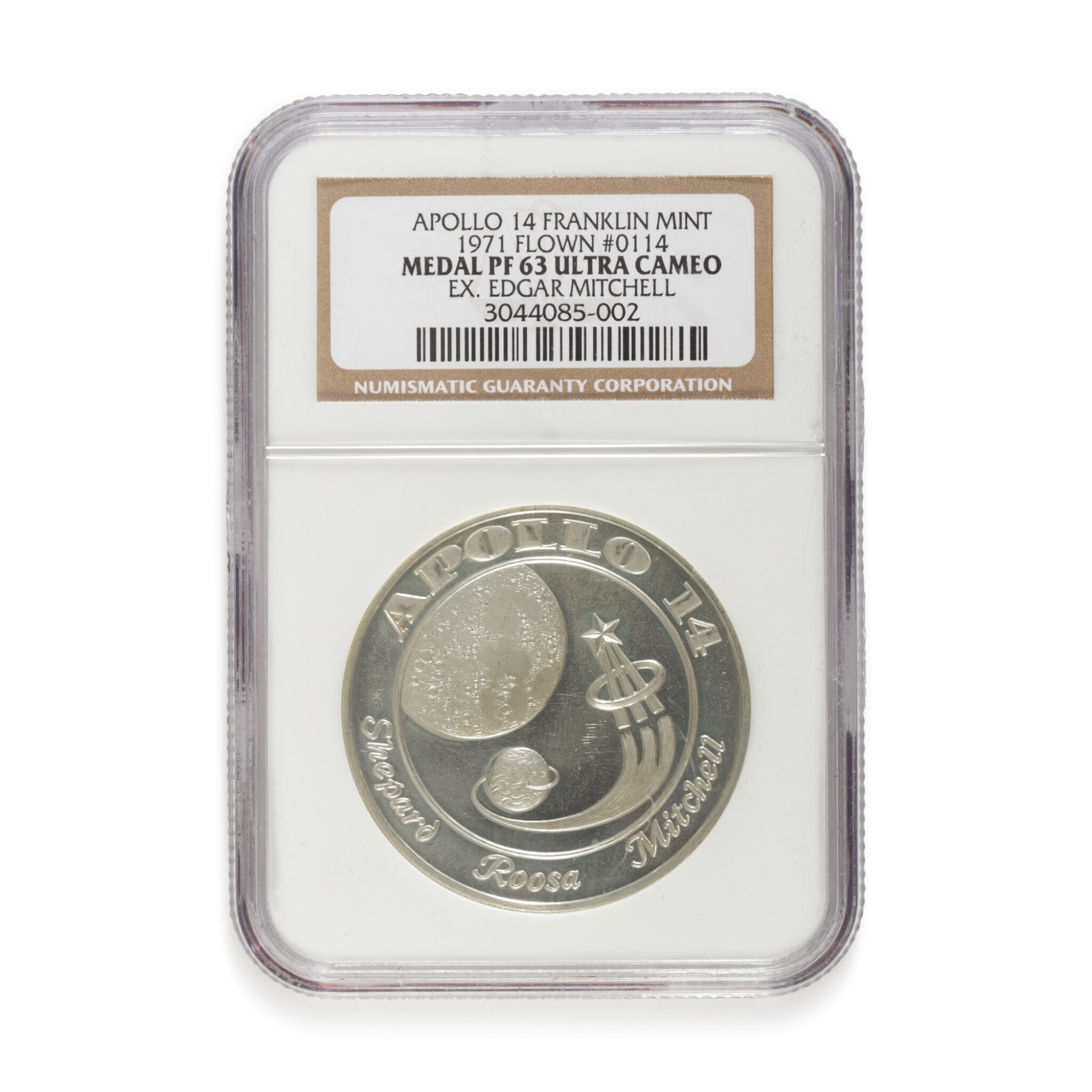 FLOWN Apollo 14 Franklin Mint Medallion #0114, NGC PF 63 Ultra Cameo (certificate number: 3044085-002), sterling silver, 39 mm in diameter. Obverse features the mission insignia with a NASA astronaut pin traveling from the Earth to the Moon, reverse depicts the surface of the Moon with the words "Spacecraft | Kitty Hawk & Antares | Destination | Fra Mauro — 1971." With the original 2 by 2 inch cardboard holder SIGNED and INSCRIBED by MITCHELL ("Flown on Kittyhawk | No. 0114"), and an Autograph Letter Signed by EDGAR G. MITCHELL on his personal letterhead.

Edgar Mitchell's provenance letter reads: "This letter will certify that Apollo 14 silver Franklin Mint Medal, serial number 0114, was flown to the moon on the mission January 31–February 9, 1971 aboard the spacecraft Kittyhawk. This medal can be further identified by the edge stamps 'Sterling,' the 'F' Franklin Mint logo, the '71,' the year of issuance, the 'P' for proof striking, and the serial number. This is one of the original 195 flown medals accounted for in the crew PPK inventory. This one is from my personal collection and has been in my possession since the mission."