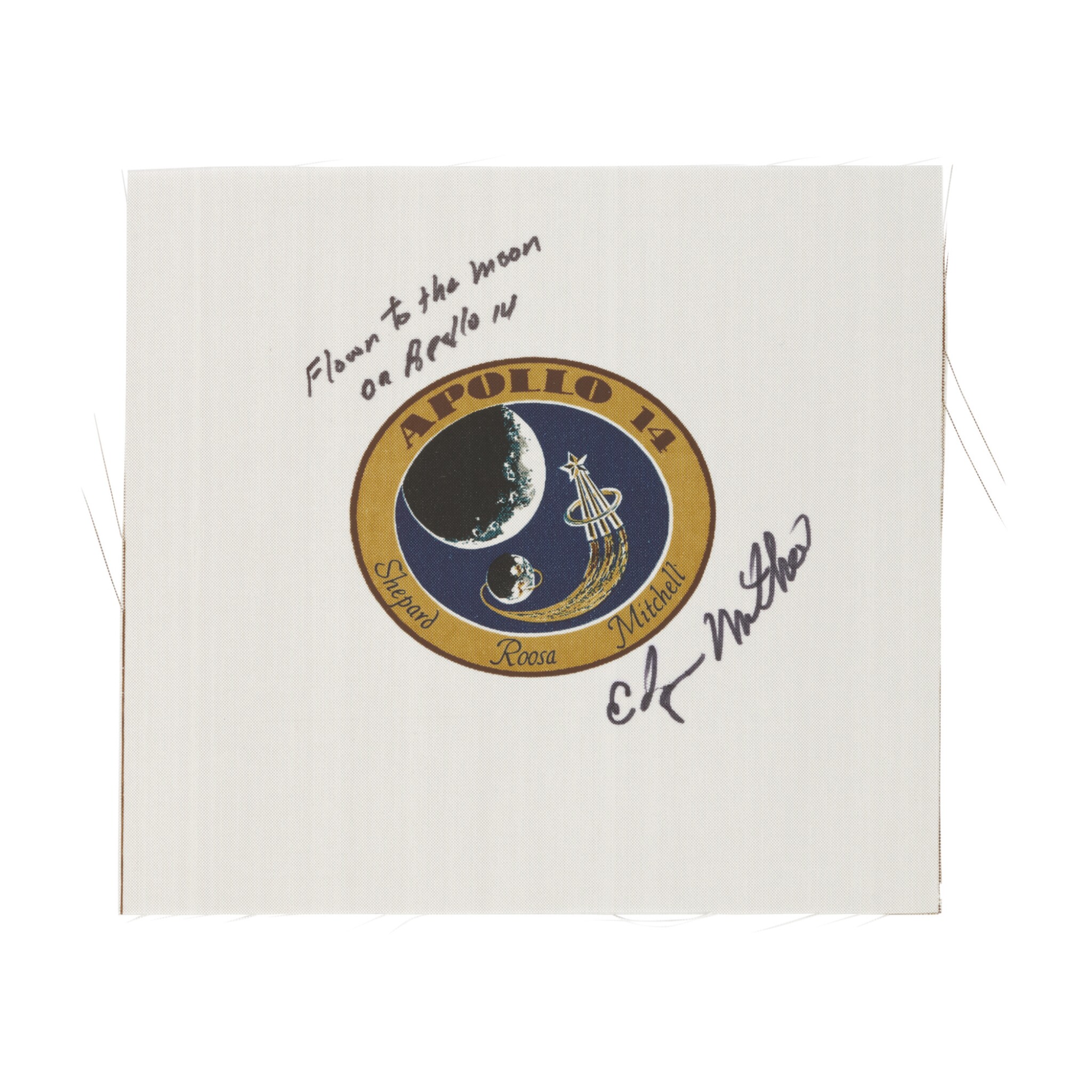 FLOWN TO THE MOON ON APOLLO 14

The Mercury 7 began the tradition of astronauts wearing a lapel pin with the design of a three-tailed shooting star encircled by an ellipse. Astronaut candidates and trained astronauts wore silver pins in that design until their first spaceflight, and astronauts who had flown in space wore a gold version. Notably, the Apollo 14 crew included Alan Shepard, one of the original Mercury astronauts. As a result, the mission emblem for Apollo 14 was the first to include the three-tailed shooting star, although this later became a commonly-used element in mission emblem designs.