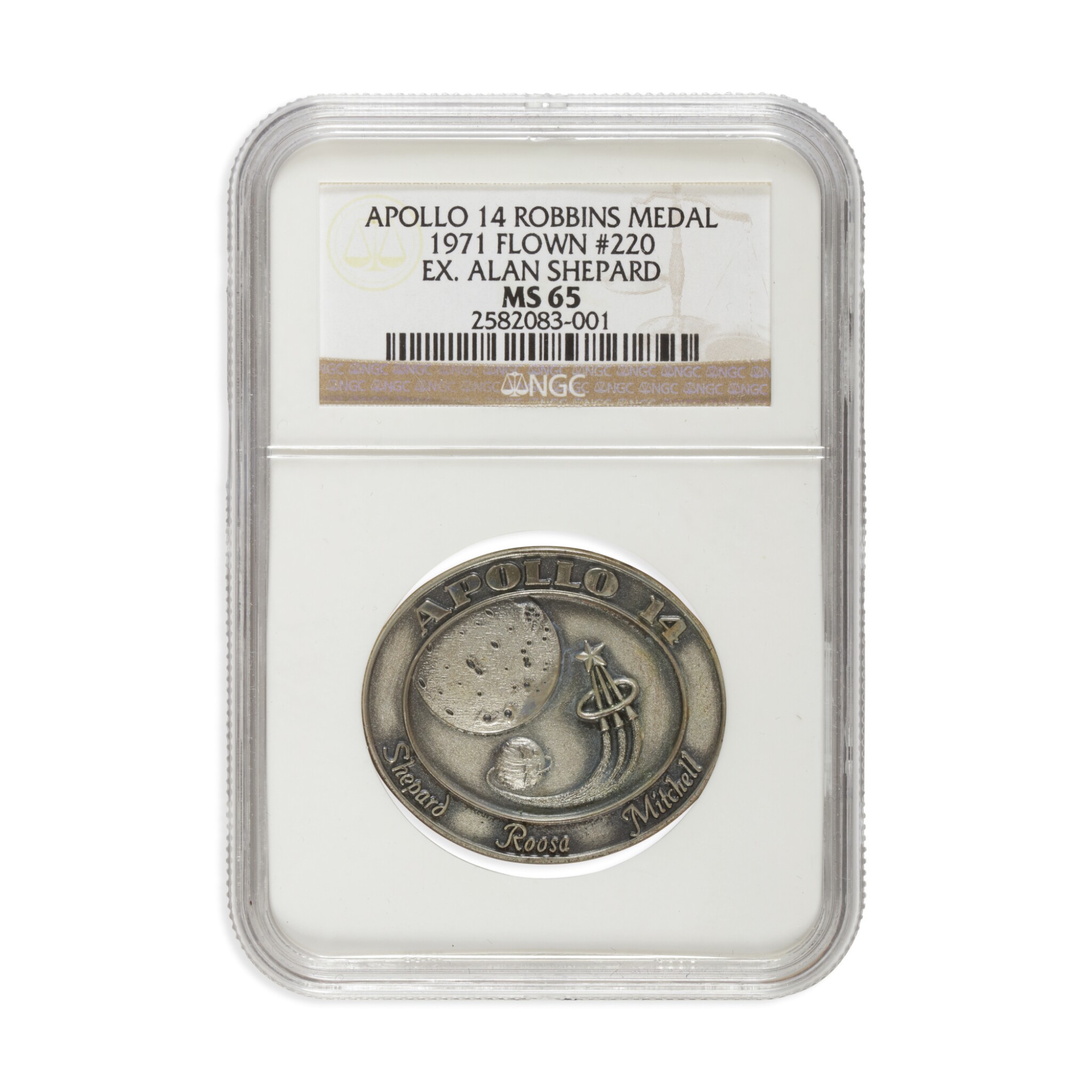 ONE OF ONLY 303 MINTED AND FLOWN

Apollo 14 was the eighth manned mission of the Apollo program, and the third to land on the Moon. The spacecraft was crewed by Commander Alan Shepard (the first American to travel into space), Command Module Pilot Stuart Roosa, and Lunar Module Pilot Ed Mitchell.

Al Shepard's provenance letter reads: "This is to verify that the accompanying silver medal, the insignia of the flight of Apollo 14, was flown to the moon on board the spacecraft during the time period of January 31 until February 9, 1971. It bears the serial number of 220."