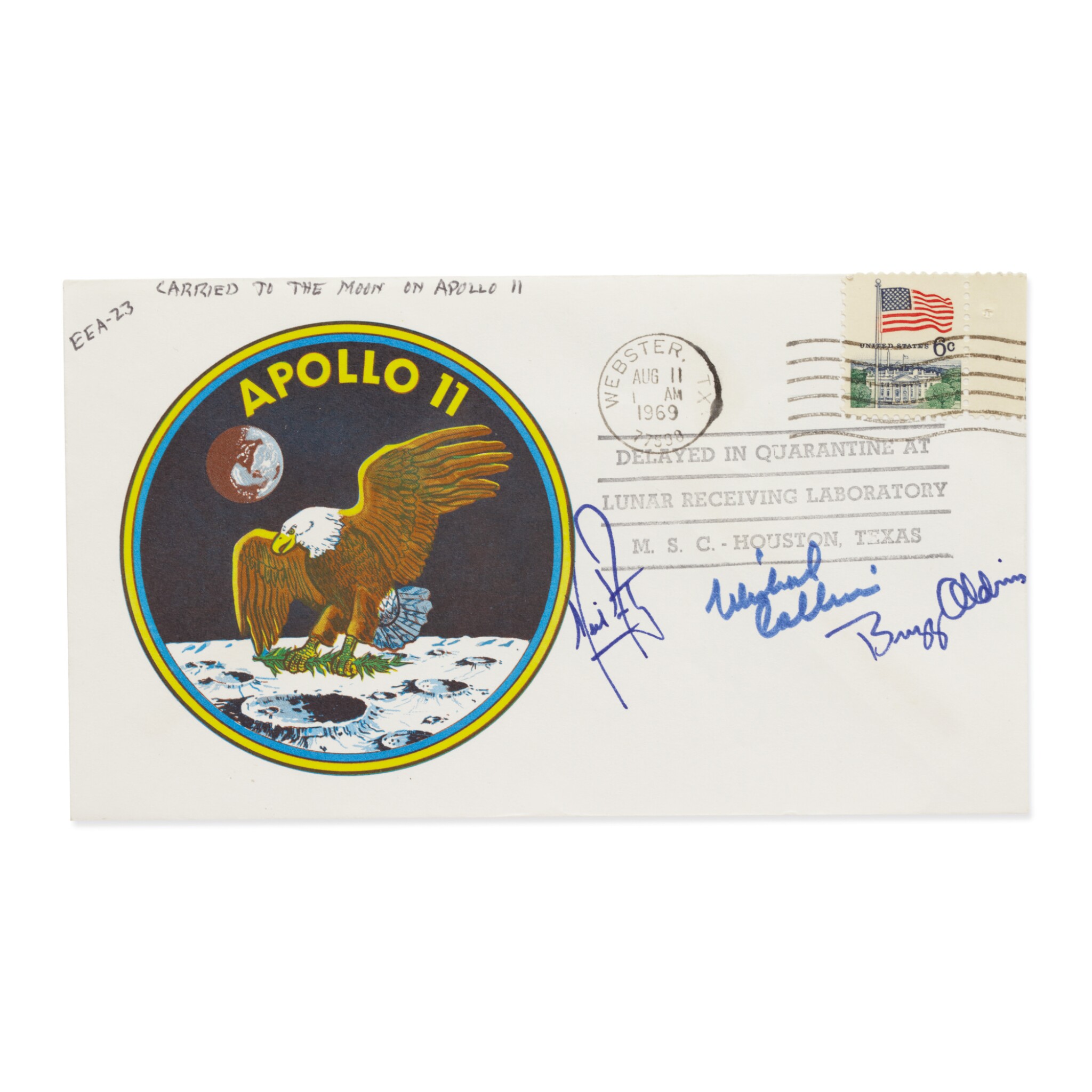 FLOWN TO THE MOON ON APOLLO 11 AND SIGNED BY THE FULL CREW, NUMBER EEA-23 FROM ALDRIN'S PERSONAL COLLECTION.

Buzz Aldrin's letter reads, in part: "This Apollo 11 Mission Emblem commemorative postal cover was carried to the Moon during July 16-24, 1969 on the Apollo 11 mission. The lunar module Eagle made the first manned lunar landing on July 20, 1969.

﻿The cover has been in my private collection since 1969 and was signed by the Apollo 11 crew, Neil Armstrong, Michael Collins and myself. I have written on the cover that is was "Carried to the Moon on Apollo 11" and added my initials "EEA" with the number 23, which is a serial number for this group of covers from my personal collection. As noted on the reverse of the cover, it is from my personal collection."