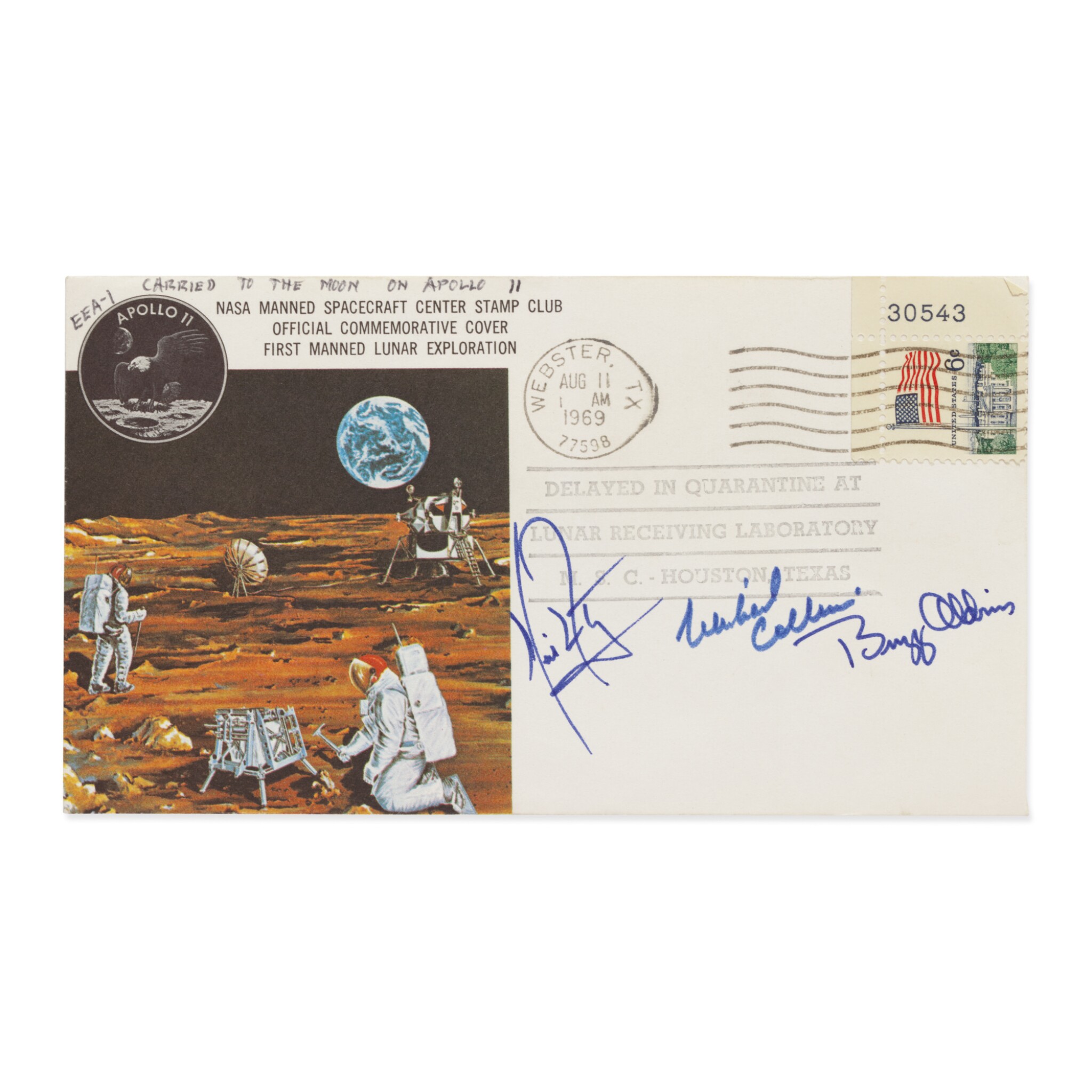 FLOWN TO THE MOON ON APOLLO 11 AND SIGNED BY THE FULL CREW, NUMBER EEA-1 FROM ALDRIN'S PERSONAL COLLECTION.

Buzz Aldrin's letter reads in part: "This NASA Manned Spacecraft Center Stamp Club commemorative postal cover was carried to the Moon during July 16-24, 1969 on the Apollo 11 mission. The lunar module Eagle made the first manned lunar landing on July 20, 1969.

The cover has been in my private collection since 1969 and was signed by the Apollo 11 crew, Neil Armstrong, Michael Collins and myself. I have written on the cover that is was "Carried to the Moon on Apollo 11" and added my initials "EEA" with the number 1, which is the first cover of the series from my personal serial number system for this group of covers. As noted on the reverse of the cover, it is from my personal collection."