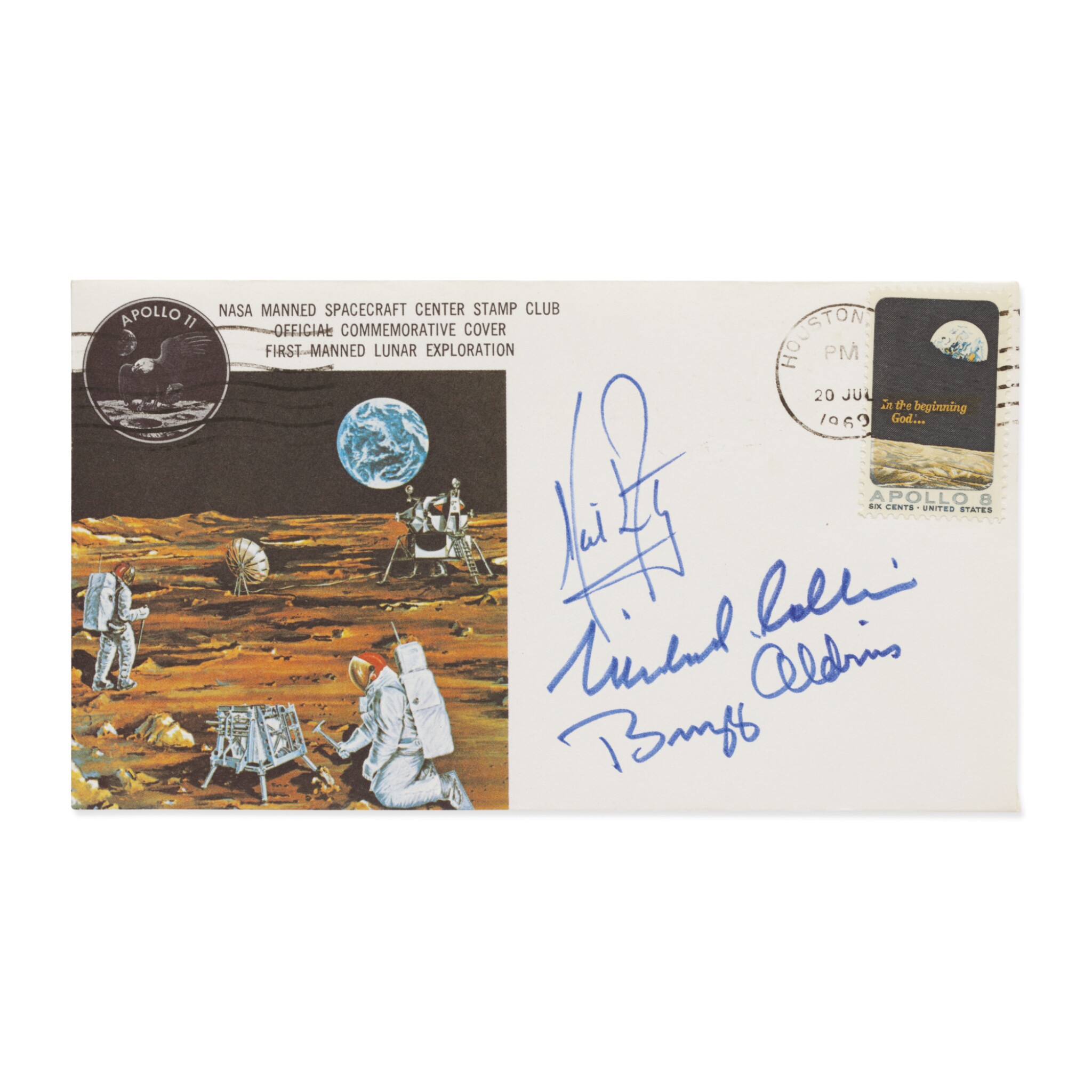 SIGNED by NEIL ARMSTRONG, MICHAEL COLLINS, and BUZZ ALDRIN prior to their Apollo 11 lunar landing mission.

With BUZZ ALDRIN'S provenance letter in which he describes the story of this cover: "This Manned Spacecraft Center Stamp Club postal cover with a lunar exploration scene and a small Apollo 11 emblem is one of the 'insurance covers' signed by the Apollo 11 crew prior to our launch in July 1969. Since we were unable to obtain adequate life insurance due to the high risk nature of being an astronaut, we signed this group of covers and evenly distributed them to our families for safe keeping while we performed our mission. If an unfortunate event prevented our safe return, the covers would have provided a limited financial means of support to our families.

The cover displayed above has been in my private collection since 1969. It was signed by the Apollo 11 crew- Neil Armstrong, Michael Collins, and myself prior to our launch. The cover was postmarked on the lunar landing day of Apollo 11 at Houston, Texas, on July 20, 1969. Just a few hours after landing, Neil Armstrong and I became the first humans to walk on another celestial body - the Moon."