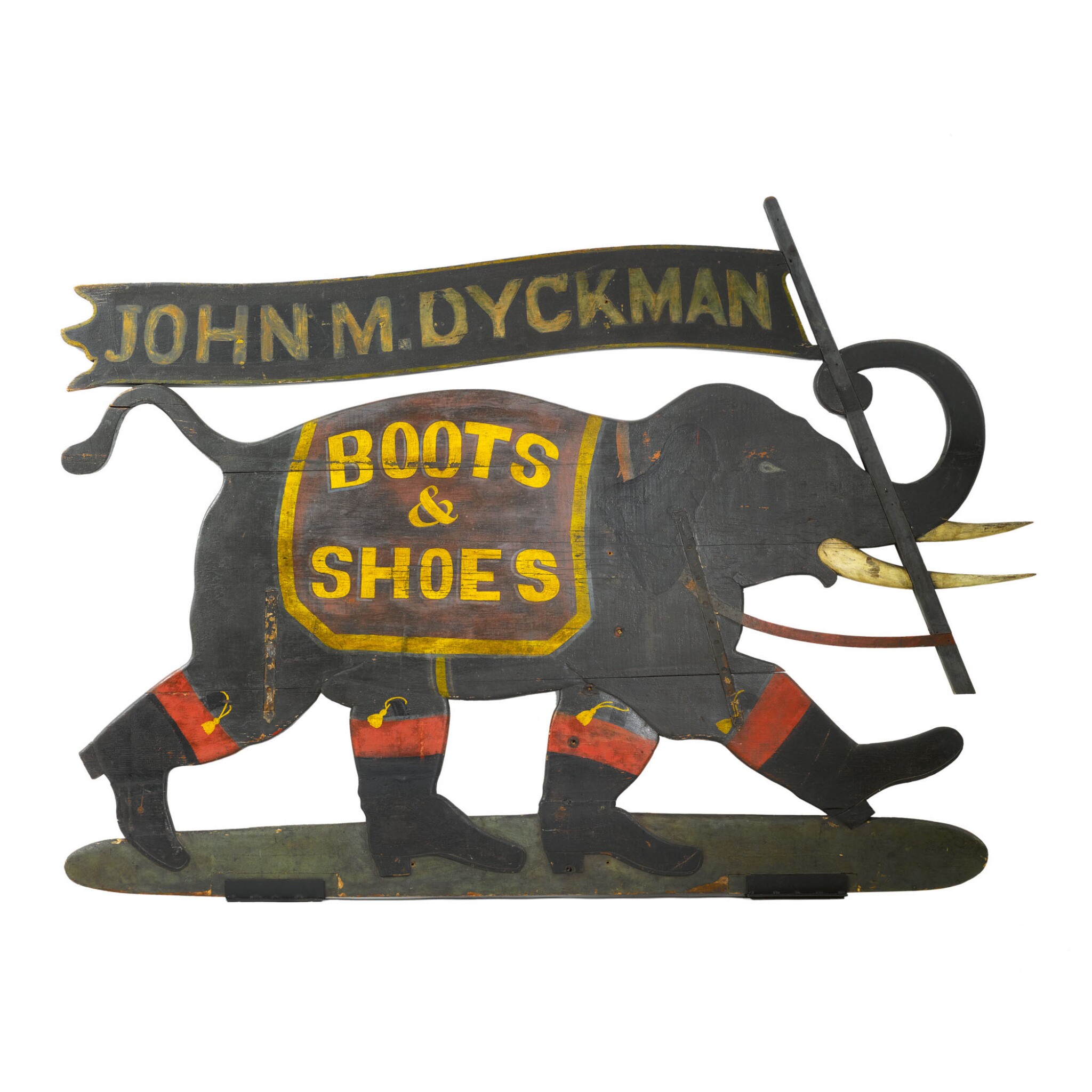 Prior to the advent of general public education and literacy, proprietors relied on trade signs to indicate trade services as well as provide eye-catching imagery to attract business to his shop. By tradition, this large double-sided sign hung outside John Dyckman's shop for Boots and Shoes, located in Peekskill, New York and was likely inspired by circus elephants like the famous "Dumbo." As New York became the center of the American circus business starting in the early nineteenth century, elephants became an increasingly popular motif. The Elephant Inn in nearby Sommers, New York (now Sommers Town Hall) had a stone carved elephant on a pedestal in front of the hotel.

This eye-catching trade sign was almost certainly inspired by the legendary circus elephant Jumbo, whom P. T. Barnum brought to New York in 1882. Jumbo, the first and largest African elephant shown in European zoos, was captured as an infant in 1862 and spent more than sixteen years at the London Zoo before Barnum purchased him. Barnum’s purchase—he paid $10,000, the equivalent of nearly $250,000 today—caused an international sensation, and British and American entrepreneurs featured Jumbo in a wide variety of humorous trade cards advertising everything from soap to thread. One such ad, which may have directly influenced this sign, depicts Jumbo running across the desert in leather boots.