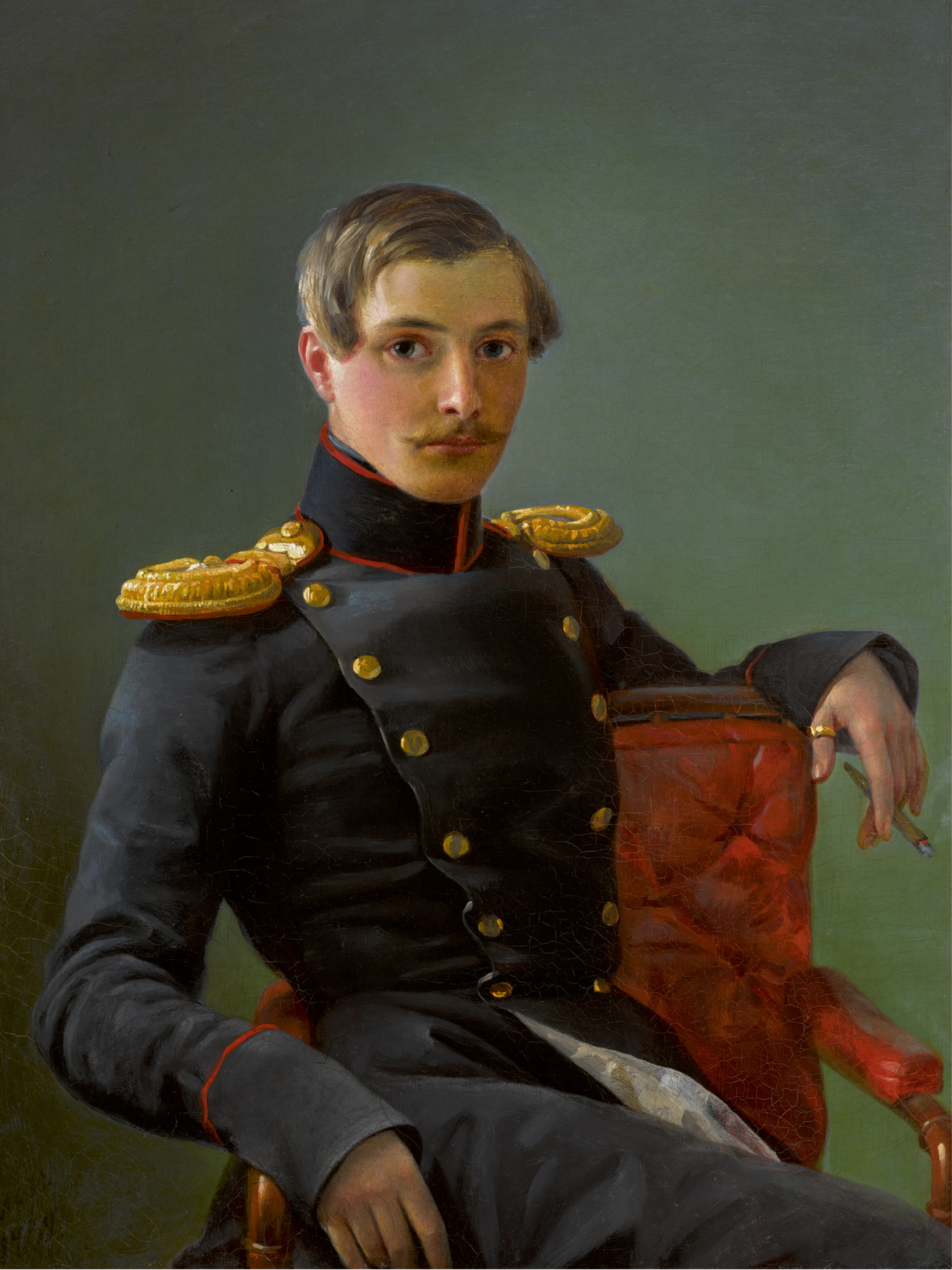 The canvas is unlined and is securely attached to a keyed wooden stretcher. The tacking and turnover edges have been reinforced with a synthetic strip-lining. There is a slight canvas draw in the upper right corner and the canvas also displays a few minor undulations. The paint surface has an overall pattern of raised craquelure including corresponding to the stretcher members. Thin spacing strips of wood have been attached to the outer face edges of the stretcher to give greater clearance from the canvas, thus mitigating the risk of further stretcher bar lines. There are two small repaired tears which have been reinforced with a synthetic gauze material in the upper left quadrant and lower centre as viewed from the reverse. These appear stable.

The paint surface has a relatively even varnish layer. The paint surface appears stable at present. Inspection under ultraviolet light shows an uneven fluorescence which appears to be attributable to the degradation and selective cleaning of the varnish layers. An uneven opaque varnish which prevents the ultraviolet light from fully penetrating covers passages of the composition. Inspection under ultraviolet light also shows a retouching within the background in the upper right quadrant which corresponds to a repair visible on the reverse and a small diagonal retouching within the sitter's jacket in the lower centre which also corresponds to a repair visible on the reverse. There are also a few small spots of retouching within the sitter's trousers and the chair in the lower right quadrant and a few very small intermittent retouchings on the extreme edges of the composition. Due to the uneven fluorescence and the opaque varnish layer covering passages of the composition it is difficult to ascertain the extent of any previous restoration work.

The painting would therefore appear to be in relatively good and stable condition.

The present lot, depicting Nikolai Karamzin’s son Alexander, was painted by Pimen Orlov while he was still a student at the Imperial Academy of Arts and a pupil of the leading 19th century portraitist Karl Briullov.