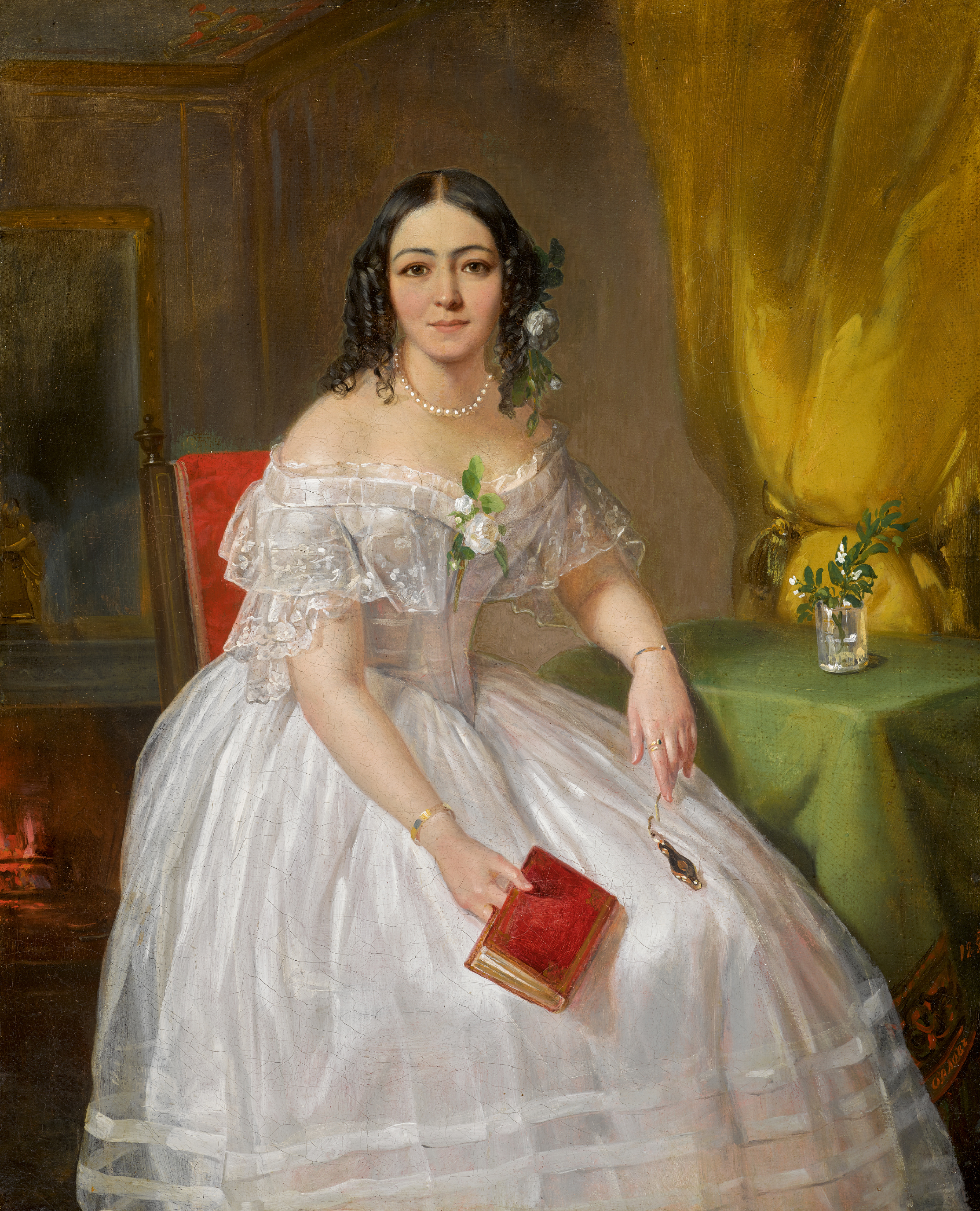 The canvas is lined and is securely attached to a keyed wooden stretcher. This is providing a stable structural support. There are a number of minor deformations within the lining, most notably running intermittently below the upper edge. There is weave interference from the lining process which is particularly visible when the paint surface is inspected in raking light.

The paint surface has a relatively even varnish layer.

There are scattered very slightly raised lines of craquelure, including within the sitter's white dress. These appear entirely stable. Inspection under ultraviolet light shows an uneven fluorescence which appears to be attributable to the degradation and selective cleaning of the varnish layers, including within the table towards the right edge. Inspection under ultraviolet light also shows a number of retouchings, the most significant of which are:

1) an area of retouching following the outline of the sitter's hair and shoulders,

2) an area of retouching on the left side of the sitter's neck and chest and a few small spots on her face,

3) an area of retouching covering the background between the sitter's left arm and her torso, and

4) small spots and lines of retouching within the sitter's white dress including fine lines of strengthening to the sitter's left sleeve.

Other small retouchings are also visible. Due to the uneven fluorescence and the opaque varnish layer covering passages of the composition it is difficult to ascertain the extent of any previous restoration work.

The painting would therefore appear to be in relatively good and stable condition.

The present lot, depicting Nikolai Karamzin’s daughter Sofia, was painted by Pimen Orlov while he was still a student at the Imperial Academy of Arts and a pupil of the leading 19th century portraitist Karl Briullov. Nikolai Karamzin’s daughter from his first marriage with Elizaveta Ivanovna Protasova, Sofia was made lady-in-waiting to Empress Elizaveta Alexeevna in 1821. Witty, intelligent and well-read, she jointly hosted a literary salon with her stepmother Ekaterina Karamzina.