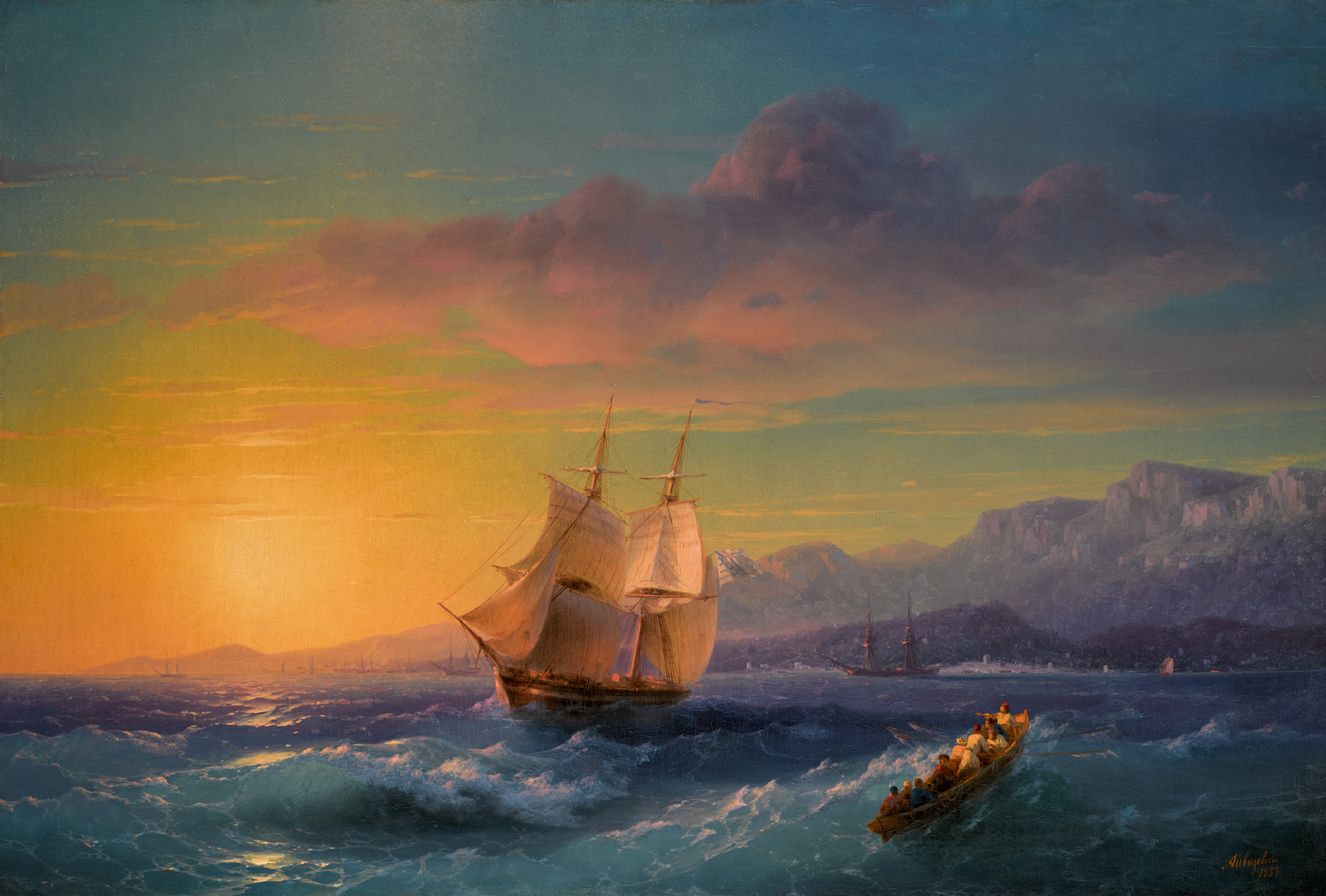 Ship at Sunset off Cap Martin

The canvas is unlined and is securely attached to a relatively modern, keyed wooden stretcher. The tacking and turnover edges have been reinforced with a linen strip-lining. This is providing an even and stable structural support.

The paint surface has an even varnish layer. There paint surface displays an overall pattern of slightly raised craquelure. This is entirely stable. Inspection under ultraviolet light shows intermittent retouchings close to the right edge and running intermittently close to the right part of the lower and upper edges. A few further minor retouchings are also visible.

The painting would therefore appear to be in very good and stable condition.

As Gianni Caffiero and Ivan Samarine note, ‘the transparency and sense of depth Aivazovsky achieves in the depiction of his waves is one of the painter’s most distinguishing features’ (Seas, Cities and Dreams, 2000, p.109). The rendering of the choppy sea at sunset off the Mediterranean coast in the present work is particularly successful and showcases Aivazovsky’s talent at its best. The artist is known equally for his radiant skies and his ability to depict the reflections of the setting sun on the waves, two elements which are also beautifully executed here.

Paintings from the 1850s are particularly sought-after by collectors today and rarely appear on the market. By this point in his career Aivazovsky had established himself as the foremost seascapist of his generation and was honoured with titles and awards not only in Russia, but also abroad – in 1858, the year before he painted this work, he was the first-ever Russian artist to receive the Légion d’Honneur. The ship, the figures in the boat, and the built-up coastline with what appears to be a busy port in the background show a level of detail which his later works often lack. Offered at auction for the first time, the appearance of Ship at Sunset off Cap Martin offers collectors the opportunity to acquire a painting which shows all the hallmarks of Aivazovsky’s very best works.

The present work is included in the numbered archive of the artist's work compiled by Gianni Caffiero and Ivan Samarine.