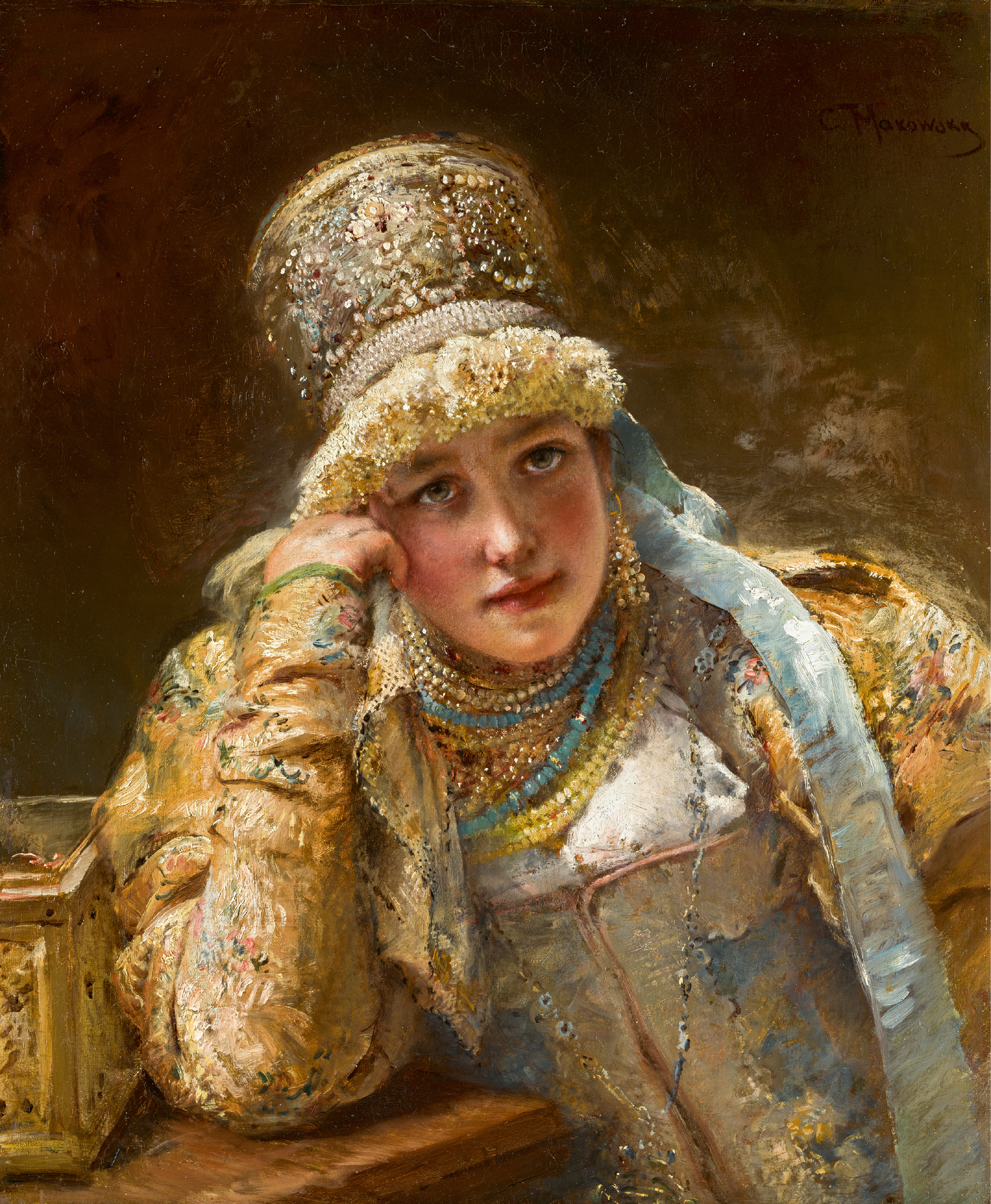 The canvas is lined and is securely attached to a relatively modern, keyed wooden stretcher. This is ensuring an even and stable structural support.

The paint surface has an even varnish layer.

The paint surface is entirely stable.

Konstantin Makovsky was an artist who delighted in beauty and one of the most in-demand society portrait painters of his day. In the late 19th century Russian society underwent a further polarisation between Western-looking modernisers and conservative nationalists following the assassination of Tsar Alexander II and the end of the golden-age of Russian nationalism. The attraction of the pre-Petrine ruling class of the Boyars as a subject for a Salon history painter was unsurprising and the staging of tableaux vivants of Boyar life was a favourite amusement in the Makovsky household. From the 1880s the subject gradually supplanted all others and his portraits of Boyarinas were to prove the most popular of all. ‘Doe-eyed, dark-browed, with long lowered lashes, melancholic or teasing, in kokoshniks of various shapes, with ribbons, earrings, necklaces, they form a whole gallery of Russian beauties. Some of these heads ended up in his various ‘Boyar’ paintings, others existed on their own, but they all illustrate the artist’s search for a certain idealised type with the then-fashionable element of nationalism.’(E.Nesterova, K.Makovsky, St Petersburg: Zolotoi vek, 2003, p.92).

In the present lot, the sheer pleasure the artist takes in depicting the luxurious furs, extravagantly piled-on jewels and heavily-embroidered costume of the Boyarina is evident. He had originally intended her kokoshnik to be even more elaborate and the pentimento of the original design is a living trace of the artist’s hand, preserved over the generations.