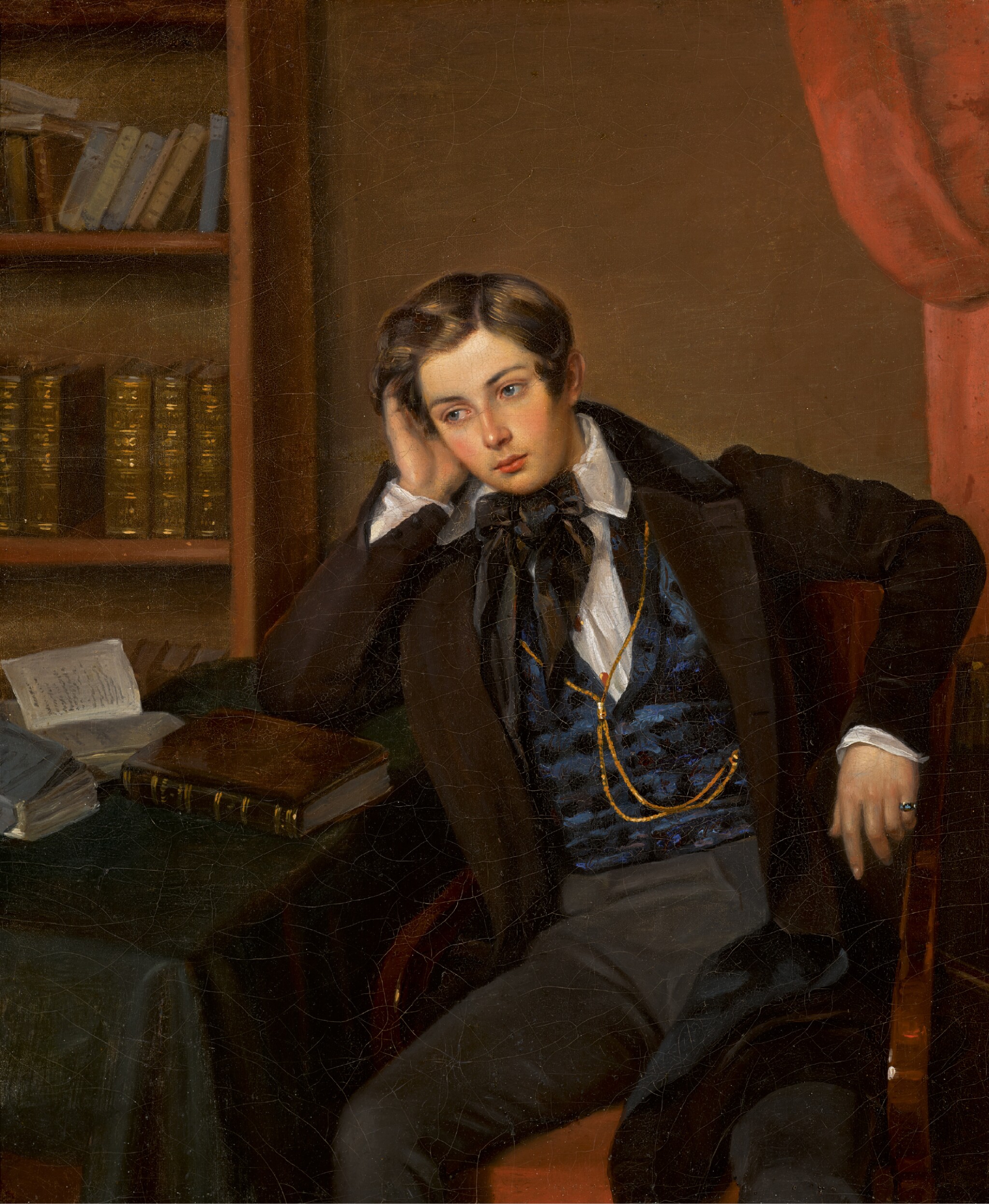 The canvas has been strip-lined. There are frame abrasions with associated paint loss along the edges. A pattern of pronounced craquelure is visible throughout. There are areas of paint shrinkage to the sitter's hair and torso. The surface is covered in a light layer of dirt with spots of dirt in places. Inspection under UV light reveals minor spots of retouching to the sitter's right thigh, along his right arm and to the background on the left of the sitter's head. Further spots of retouching can be seen in places along the edges and in the corner areas. Inspection under UV light also reveals an unevenly discoloured varnish. Held in a gold painted wooden frame. Unexamined out of frame.

The earliest of the portraits presented here were commissioned from the French artist Jean-Auguste Bard by Nikolai Karamzin’s son-in-law, Prince Petr Meshchersky, during the family’s visit to Italy in 1835. Two of these portraits depict the sitters against a backdrop of classical monuments, a composition popular with 19th century travellers, eager to procure mementos of their Grand Tours.

Soon after the Meshcherskys return to Russia, the family’s portrait gallery was complemented by three new portraits of Karamzin’s children, Andrei, Alexander and Sofia, executed by Pimen Orlov. At the time of their commission Orlov was still a student at the Imperial Academy of Arts and a pupil of the leading 19th century portraitist Karl Briullov.