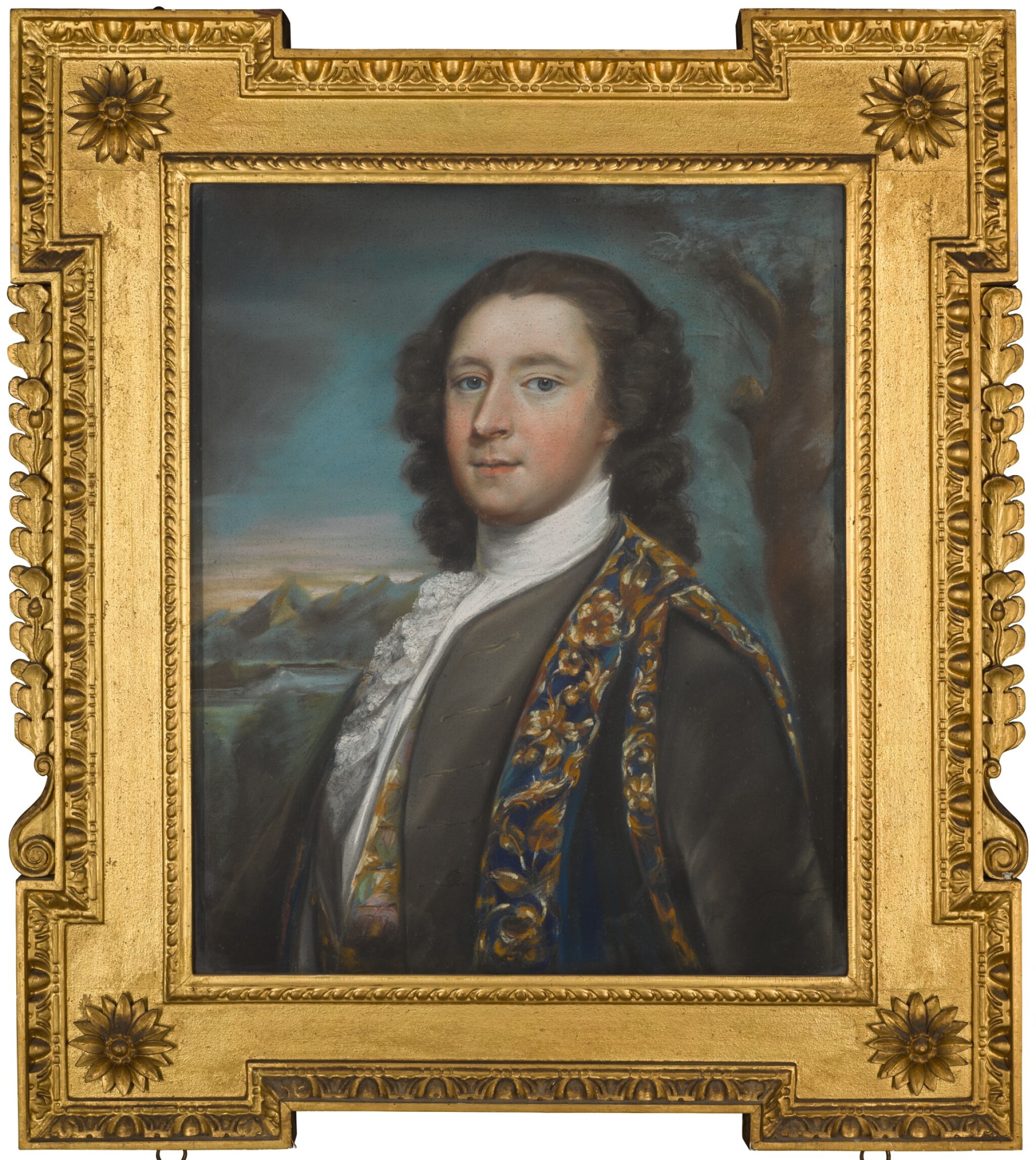 The pigments are well preserved in this pastel. There is some surface dust and dirt and (although not noticeable unless under a strong light) there is some evidence of water staining in the lower section of the composition. There is some minor spidery mould, largely visible in the sitter's hair. The work has not been examined out of its frame.

By descent within the sitter's family

The sitter was the son of Clotworthy, 3rd Viscount Massereene and Lady Catherine Chichester, daughter of Arthur, 3rd Earl of Donegall. He succeeded to his father's title in 1738 and was made a member of the Privy Council of Ireland in 1746. In 1751 he was created a Doctor of Law by the University of Dublin and it is likely that the academic gown that he has choosen to wear in the present portrait relates to this degree. In 1756 he was created 1st Earl of Massereene before dying suddenly while ‘fouling near the town of Antrim’.1

It has been suggested that this portrait, as those of lots 18 and 19, are almost certainly by Arthur Pond. Between 1720 and 1724, Pond had trained under the painter John Vanderbank, before travelling to Rome. On his return to London in 1727, he established himself in Sir Geoffrey Kneller’s old house (Covent Garden) and became a fashionable portrait painter, working both in oils and pastel. Alongside his activities as an artist he operated as a successful art dealer. We are grateful to Neil Jeffares for his help when cataloguing this lot.