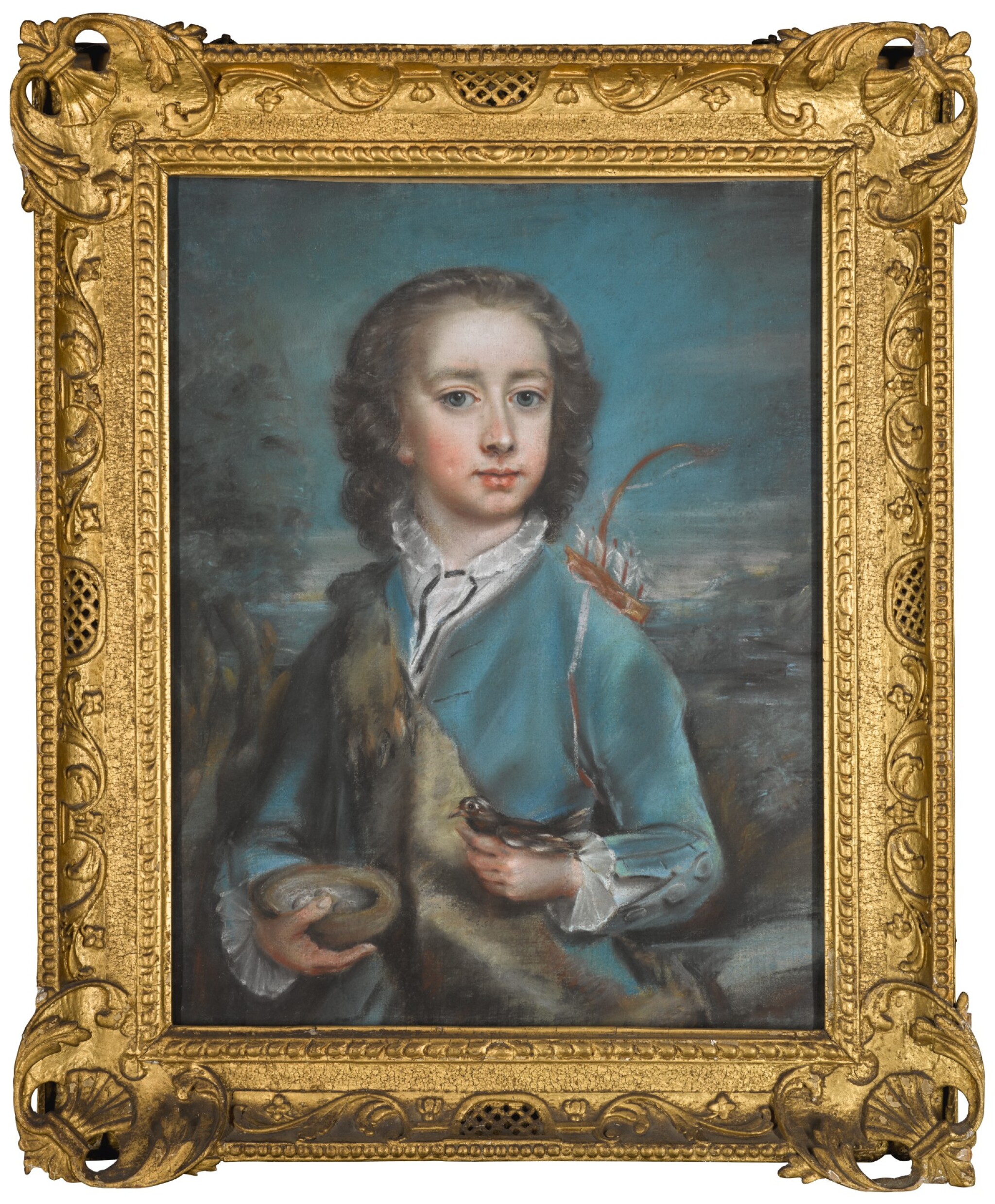 Pastel, held in a carved and pierced gilt-wood frame

The work is largely in good condition. There is some evidence of water staining at the lower edge of the sheet, but this is only visible on very close inspection. There are occassional areas of minor mould and surface dirt. Overall good.

By descent within the sitter's family

The sitter grew up at Antrim Castle and was the son of the first Earl and Countess of Massereene (see lots 17 & 19). In 1758 he went up to Corpus Christi, Cambridge and in circa 1764, rather than return to Ireland, he set out for the Continent. At some point thereafter, he became embroiled in a scheme to import salt from Africa. Regrettably, his business partner, a Monsieur Vidari, was a crock and when the enterprise failed, he fled, leaving Lord Massereene to face the authorities. In 1769 he was imprisoned for debt and, although he could have secured his release because his mother was willing to clear his debts, Lord Massereene was also required to admit responsibility for the monies owed. He refused to comply on a point of principle and, as a result, spent the following twenty years in prison. Due to his rank and his wealth, he lived very comfortably and was eventually freed when a revolutionary mob stormed his prison, La Force, in July 1789. He fled via the British Embassy and Calais to England, where he settled in London.

Although he married twice, firstly, Marie Anne Barcier (1765-1803), the daughter of the Governor of La Force prison and secondly, a servant, Elisabeth Lane [?], he did not have any children. Upon his death, the titles passed to his brother Henry, but Lord Massereene’s will stated that the family estates were to be passed to his second wife, Elizabeth. The terms of this controversial will were disputed by the family and in time an agreement was reached whereby Elizabeth renounced her claim, in return for a gift of £15,000 and an annual pension of £800. We are grateful to Neil Jeffares for his help when cataloguing this lot