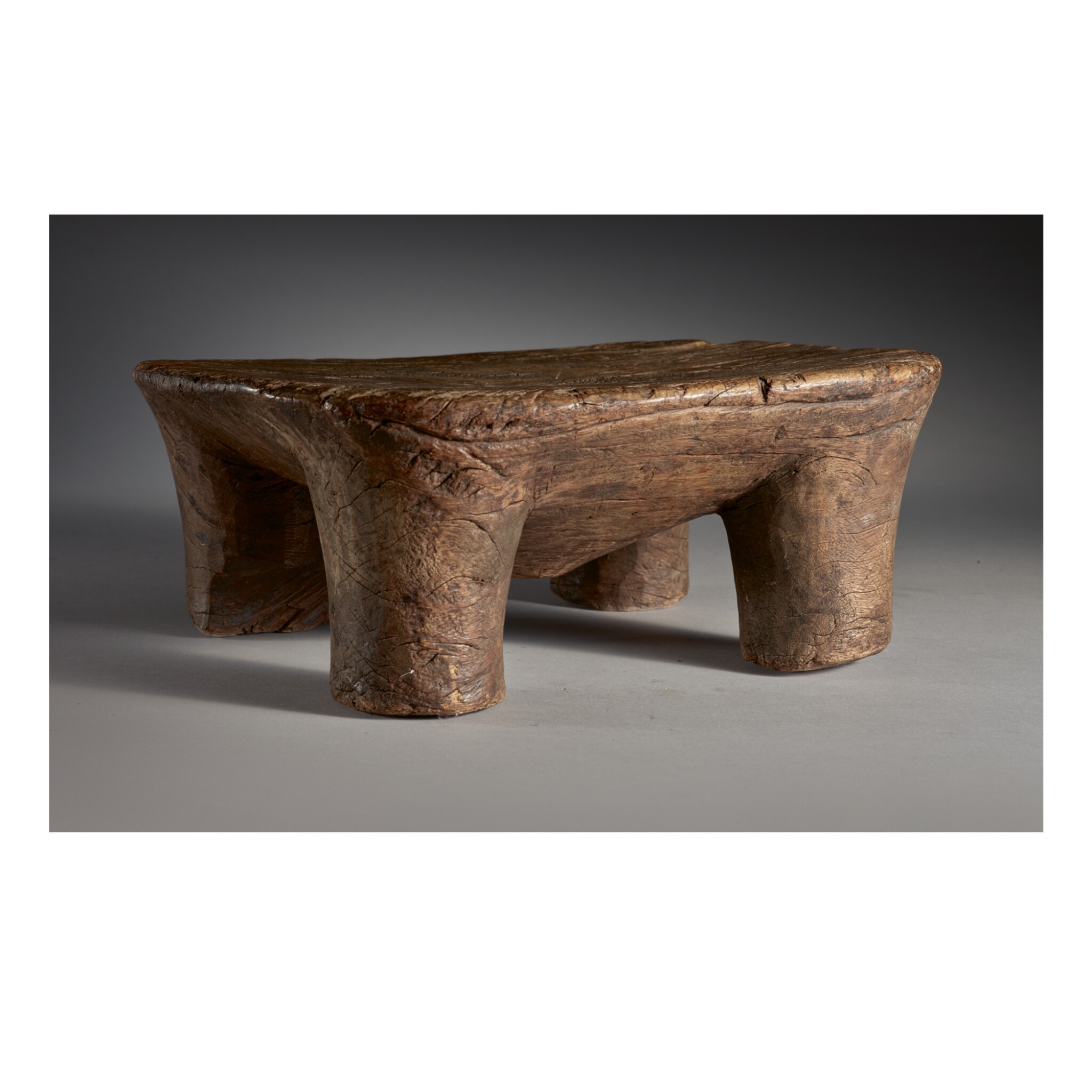 The English missionary William Ellis notes that "The papahia [...] is a low solid block or stool, supported by four short legs, and smoothly polished on the top. It is cut of out one piece of wood, and is used instead of a mortar for pounding breadfruit, plantains, or bruising taro; which is done by placing these upon the papahia, and beating them with a short stone pestle called a penu." (Ellis, Polynesian Researches, During a Residence of Nearly Six Years in the South Sea Islands, London, 1829, vol. 2, p. 183).

Papahia were also amongst the objects observed by Sydney Parkinson, artist on Cook's first voyage, who noted that "stools, chests, paste-troughs, and various other utensils" were made from the wood of the Guettarda speciosa tree. (Parkinson, A Journal of a Voyage to the South Seas, in His Majesty's Ship, the Endeavour, London, 1773, p. 39).